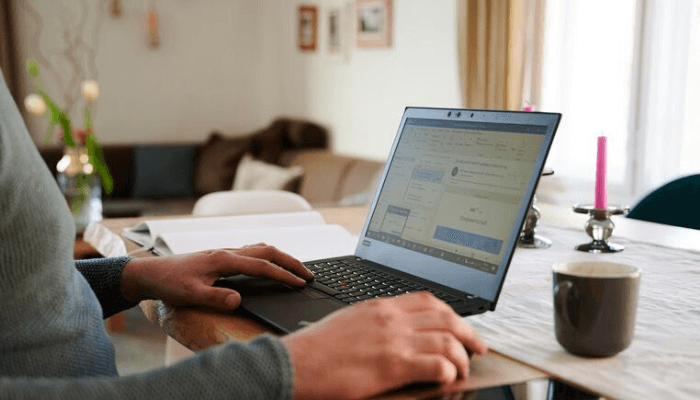 “I had to meet timelines, no story, no excuse, no support. I realised there are many more ways to do the same thing.” This comment, by a respondent in recent survey, summarises the challenges and advantages faced while working from home during the one-month lockdown in Lagos.

The COVID-19 pandemic made many organisations rethink remote work. For the six-week period of the lockdown employees had to work from home. Now, working from home is no longer considered impossible.

The lockdown which was enforced to contain the spread of the virus took organisations by surprise and left them no choice but to run their businesses remotely. Majority of them were unprepared.

After the lockdown was eased in Lagos many organisations are wondering if working from home is the new way.

Little was known about the challenges and advantages of working from home. The results from a survey Danne conducted shows: what made employees productive while working from home; preference for remote work after the pandemic and what companies must keep in mind if they decide to adopt working from home as a policy.

Staying online, on schedule and undistracted

Stable internet access was the biggest challenge for workers in Lagos during the lockdown. It was the culprit of working overtime (poor power supply, unscheduled meetings, fluid work hours, stretching into weekends).

Even when companies provided laptops and modem to ease internet connection while working from home.

Unused to working from home, respondents said they had to learn how to keep to a timetable; it took a week to adjust to a routine. Training sessions to help their staff get used to working home were useful.

Respondents said distractions from spouses to children disrupted their work routine. Their worries about how the virus would affect their lives, loved ones, livelihoods and an economic downturn, finding a physical workspace e.g. office equipment from seats to light and documents and lack of physical communication and social interaction with colleagues were among the challenges of working from home.

“My daily commute is almost five hours; it was amazing not to have to do that” a respondent said. Spared the horror of going through traffic for four to six hours daily was the major advantage of working from home. Traffic in Lagos is a terror. It costs money, time and causes plenty stress.

Notoriously hectic Lagos, which was ranked the third most stressful cities in the world in a 2017 by Zipjet, an online dry-cleaning service, based on traffic levels, transport, physical and mental health etc, calmed down during the lockdown. Fewer cars were on the roads as most worked from home. This change in the frenetic and energy-sapping traffic of Lagos was dramatic.

Lagosians are spending more time at home than at the office or at public gatherings, according to the Google Community Mobility report for August. The report tracks relative changes in mobility (number of people as well as time spent at home) before COVID-19 disruptions like the lockdown and afterwards.

“Gruelling”, “a major challenge” is how some respondents describe traffic in Lagos, but they were able to do more working from home for four weeks.

Because they worked from home, they had better control over time. Some (30 percent) said flexible work hours and schedule was a benefit of working remotely. It allowed for more time with the family; “an opportunity to build a stronger relationship with family which improved family interactions.”

Some (8 percent) said they were more productive. They said working calmly from home after a restful night, with no need to wake up at insane times to beat the traffic and at their own pace without pressure from their boss helped them focus and meet deadlines.

Some respondents said they get more done working from home. They also noted other advantages such as focus, balance, higher productivity and deep work. As one respondent said, “Traffic is a major challenge in Lagos. If I am able to achieve 80 percent of my work without physically being in the office then why not.”

The survey in numbers

More than half (51 percent) had a Masters degree, 35 percent were mid-level managers

6 out 10 of them said they were married, more than half (51 percent) said they had children in school

30 percent were unprepared to work from home

70 percent said working from saved them time and money

Exploring a new model for cooperation between business and society

Our youth and the protests – Looking beyond End SARS

The amazing activism and nationalism of Dr. M.T. Akobo and Prof. Kimse Okoko

Lekki shooting: Why Nigerians should be worried beyond President Buhari, death tolls