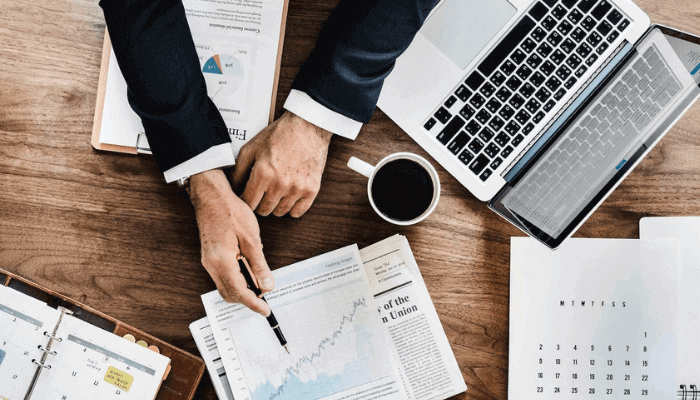 Given the enormous tasks of governance, politicians and various leaders in this space usually employ the services of technocrats and advisors. The purpose is to help develop, execute and communicate policy which can transform lives of the entire citizenry.

Wise leaders and politicians who had been successful across the globe understand the impacts of these technocrats and advisors and they usually select carefully, based on experience and extensive proven services these individuals had done in the past. The selection and appointment of these technocrats usually aid and stabilize the knowledge of the politicians and civil servants who are already in place.

Where sentiments, tribalism, ethnicity as well as favoritism rule in the selection of these technocrats, the effects are always visible in the kind of policy and pronouncement the government promotes. Though beyond selection of qualified hands, ability of the politicians to listen and embrace the expert’s advice initiated by these technocrats is also crucial.

In Nigeria, it appears the nation had been cursed with bad leadership. Year-in year out, the system keeps producing and pushing forward the worst of us. Ethnicity, religion and other issues dominate the discourse instead of developmental conversation which rests on vision, capability, capacity and character. Apathy and helplessness of the masses had killed the morale of the majority of the citizens who should be active contributors. As Nigeria takes one step forward, within four years, it will take hundred steps backward.

We were heavily in debt before President Obasanjo’s regime. By stroke of luck and vision, Obasanjo and his team were able to deal with the debt burden. No one says Obasanjo’s regime was free of its own maladies. Power projects and heavy investment in this industry had not shown any appreciable progress.

The evils of People’s Democratic Party’s sixteen years rule are still here till date. We had oil surplus and abundance, but this was squandered by clueless and highly selfish individuals who presented the front of patriotic citizens. A desire for change made many Nigerians to opt for the alternative in 2015. The change came with lots of hopes and aspiration which today has become a huge ‘burden of Jeroboam which is heavier than the hands of Solomon’.

The first four years were used on finding excuses about the damage the previous government had done. As if the leading actors had no clue about governance and the demands such can make on their skills, expertise, knowledge and know-how. Security issues had not been abated, power and roads problems had not witnessed any significant progress even though there seems to be efforts. The rail project has become another conduit channel through which the nation continues to bleed profusely. NDDC, NSIT and many other apparatus of government meant to change the fortune of the citizens had become avenues for daylight robbery.

Nigerians have become chess board where those who know how to play the game can continue to ‘dictate’ the fortune. Many panels of inquiries and committees had been set up just to give outward impressions the leadership of this nation really care. Many of these inquiries had become toothless bulldogs which cannot bite.

This year, COVID-19 pandemic became an equalizer. An international crisis which tests the capacity of various national governments and its leadership. A keen observer by now knows how Nigeria had handled so far the epidemic. The pandemic had become an opportunity for some of our looters or leaders to feed fat.

While many nations, which had better health infrastructure continue to build more capacity, Nigeria’s government looked out for a “quick-fix-it” strategy. Yes we must acknowledge it was better managed, but nothing had changed in our health industry which inefficiency showed glaringly during the COVID-19.

In many nations, including Nigeria, many people experienced job loss. Some were placed on half-salary while a few were placed on temporary holiday. These measures were put in place to reduce financial pressure on the organisations.

In advanced nations which care so much about the fortune and well-being of their citizens gave several palliatives. Some organisations or industries were supported so they can remain afloat. The aim of the palliatives is focused more on those on the floor of the economic ladder.

What do we have here? Comfortable and average top leaders within government parastatals used the opportunity to enrich themselves. Being in any position is not about service but to ‘take my portion of the national cake’.

The palliatives by the Ministry of Humanitarian Affairs are shredded in mystery. The more one looks the less one sees. Billions were shared to ‘imaginary Nigerians’ without bank statements which showed clear transfer of who got what. Children’s school feeding project thrived even though no school was opened. One can only weep for this nation. The drama in the National Assembly continues to be one that increases an average Nigerian’s blood pressure.

As if the above are not enough, the government continues to push its limits with the introduction of various taxes and policies. While one can pity the government which continuously claims it is running on empty purse, national borrowing continues to skyrocket.

Within this lockdown which created lots of hardships, financial hardship is in the forefront, the government has introduced house rental fees, electricity tariff increases and now increase in the pump price of petroleum. That the prices of food stuff had gone beyond the reach of average Nigerian is not much of a concern. A bag of local rice is selling for Twenty seven Thousand Naira while others range from thirty two to thirty five.

Transport fare had gone up by almost fifty to hundred percent, depending on your route. Thanks to COVID-19 protocol which requires commercial motor operators to take in about fifty to seventy percent of a bus initial capacity. With all these, the hardship of average Nigerian brother Jero, seems not to see an end in sight.

While the government is looking for money, what has it done in curtailing looting among its officials? Is compounding the hardship of the average Nigerian on the street the best strategy? Even if it is, is the timing right? I am beginning to think the government should tread softly.

Many Nigerians are now being pushed to the wall. When a blind, deaf and dumb man begins a fight, it can really be bloody. Yes government rides on the knowledge Nigerians are docile and will never react. But for how long will that philosophy rule? Government’s masquerade should be careful now as the ground is becoming more slippery.

Olaito is a Media and Communications specialist with interest in policy and development.