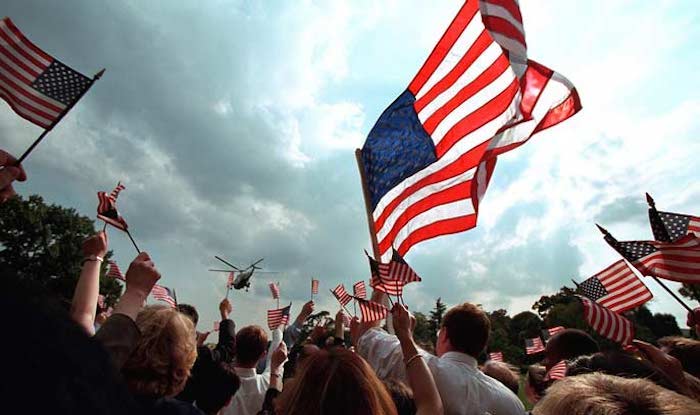 The United States of America (U.S.) held presidential elections in November. In two months that followed, the world witnessed unprecedented breaches of democratic norms and unmitigated attacks on America’s democratic institutions. The attacks climaxed with the storming of the U.S. Capitol by insurrectionists. While most people have rightfully rued or celebrated – in the case of America’s adversaries – the decline of the world’s oldest democracy, they missed a very important fact: U.S. democratic institutions worked. The democratic guardrails protected the results of an election from assaults by arguably the most powerful man on the planet and his enablers. It survived an autogolpe.

The U.S. held presidential elections on November 3, 2020. The incumbent President Donald Trump, faced off against his Democrat challenger former VP Joe Biden amid a highly polarised and internecine electorate, a raging pandemic with profound economic ramifications, and racial equality protests. In three short years, President Trump subjugated and reconstructed the GOP from a conservative party that professed family values, small government, strong foreign policy and constitutionality into a populist cult of personality with vague ideological underpinnings. To wit, the party’s 2020 election policy platform was literally one sentence: “The Republican Party has and will continue to enthusiastically support the President’s America-first agenda”. In the past, the platform was a comprehensive and well-articulated ideological foundation of conservatism.

Ahead of the election, the incumbent and his campaign waged war against the democratic process, media and institutions. They demonised efforts to simplify voting during a pandemic, alleging without evidence that mail-in ballots were fraudulent. He enlisted the Attorney General -against norms – to echo and give credence to false claims about mail-in ballot vulnerability to frauds and insinuations of foreign interference to aid candidate Biden. He pushed through a Supreme Court appointee after the early voting had started, with his stated expectation that she (and two other appointees) would adjudicate on the election. He appointed a new head of the Post Office who presided over the dismantling of mail sorting equipment and a host of measures designed to disrupt voting my mail. Team Trump assembled an army of lawyers and poll watchers with the malicious intent of suppressing votes through legal (litigation) and extra-legal means.

After the election, Team Trump continued to exert enormous pressure on electoral institutions and officers. He declared victory in the early hours of November 4, 2020, as votes were still being counted. Trump then turned to his next theatre of war, the courts, to try to stop the legitimate counting of votes. Team Trump filed over 62 cases in state courts, federal courts, and the Supreme court, litigating the results.

In unprecedented Interference, the U.S. President overtly and covertly pressured elected and appointed officials in states to overturn the results or disregard the voters and send competing electors to the Electoral College. He persisted with relentless pressure on these officials with a combination of threats, inducements and public excoriation designed to intimidate them into bending to his will.

A very disturbing dimension was the inclusion of physical threats. Trump supporters/associates incited and reportedly orchestrated demonstrations at offices and homes of election officials; accompanied with death threats and vandalisation of property.

Post-election, Trump dismissed critical public officials and installed cronies as replacements. After the head of cybersecurity, Christopher Krebs, debunked baseless claims of electoral fraud, and declared the elections free, fair and secure, Trump fired him via Twitter. The Secretary of Defence (Defence Minister equivalent), Mark Esper was fired after opposing use of the military in quelling civilian protests. The Attorney General resigned after making it clear the election was not fraudulent and refusing to bring false charges against Trump’s opponent and his family members. Heads of several security agencies were fired and replaced by loyalists with dubious qualifications. It is noteworthy that ALL these dismissed people were previously appointed by Trump.

Team Trump lost ALL court cases seeking to overturn the results of the election at any level, county, state, or national. Instructively, several of the ruling judges were appointed by Trump.

In the face of formidable pressure from the most powerful head of their party in history, Republican Governors of Arizona and Georgia, who understood that defying Trump is akin to political suicide, still rebuffed Trump’s coercion to change the results. The same occurred with the Republican state legislators that controlled five pivotal states (Arizona, Georgia, Michigan, Wisconsin and Pennsylvania). After indulging him with recounts, hand recounts, audits and re-certifications, they remained stoic in defending the results. Despite sustaining mortal political body blows, election officials from county board levels to Secretaries of States (the office responsible for conducting elections in a state), certified the results.

Legislators faced a mendacious and pernicious campaign by Team Trump and radical Republican office holders in the highest echelons, including the Vice President, 12 Senators, Several Governors and Lt Governors, 17 State Attorney Generals, over 140 congressmen, and right-wing media. The denouement came in the physical storming of the citadel of America’s democracy on January 6 in an apparently botched autogolpe, after – with some irony – Vice President Pence resisted Trump’s attempt to turn his ceremonial role into an active subversion of democracy. The invasion occurred while legislators were in session conducting what is normally a prosaic process of opening and counting certified votes from state electors. Yet, the system held. Legislators, with commendable courage, returned to their chambers and worked overnight. President-Elect Biden was certified by Congress and will be sworn in at noon on January 20th.

To be clear, President-elect Biden’s inauguration is still more than a week away. A malignant POTUS can still do incalculable damage. After all, he remains in charge of the most powerful military in history, and sufficient nuclear warheads to annihilate human life on earth. However, the U.S. democratic system went through the sternest stress test for any organization – a Chief Executive dedicated to destroying the system – and passed. To underscore the promise of America’s democracy and continued march to perfection, Georgia, a southern state with a dark history of racism, elected the first Black Senator and first Jewish Senator. In fact Reverend Raphael Warnock, is not only the first Black Senator in Georgia, he is the first Black Democratic Senator in the south. God Bless America!

Ohanaeze: Obiozor and the burden of leading a divided people

Did Chief of Army Staff, Buratai, just say this?