To cut down cost of governance, Nigeria needs to learn from other countries 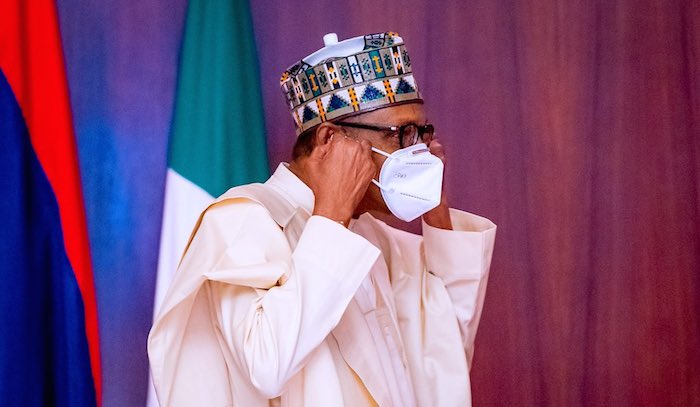 Cost of governance which refers to any cost associated with the running of government has become a major challenge to the Nigerian government and the governed.

In the African continent, Nigeria is rated one of the worst governed countries based on the Ibrahim Index of African Governance. In the report, Nigeria scored 45.8 percent as against the African average of 51.5 percent and ranked 37th out of 52 in the overall governance scale. The country scored lower than the regional average for West Africa which stands at 52.2 percent and ranked 12th out of 15 in the region. While Nigeria got the damning rating by the IIAG, Mauritius is adjudged the best governed country in Africa, with 81.7 percent, followed by Cape Verde, with 76.6 percent. Other countries that made it to the top of the list include Botswana which is rated the third best governed country in the continent with 76.2 percent and South Africa which comes fourth with 73.3 percent. Ghana is rated 7th; Rwanda 11th; Benin Republic 18th; Egypt 26th; Mali 28th; Niger 29th; Liberia 31st; Cameroun 34th and Togo 36th; all ahead of the far more endowed Nigeria.

In the UNDP Human Development Index (HDI) ranking Nigeria has not fared better such that today, over 70 percent of Nigerians live below the poverty line, infant/child and maternal mortality is still one of the highest in the world; more than 10.5 million children are out of school, unemployment rate is over 40 percent and life expectancy is less than 52 years.

This problem has severe consequences on investment, industrial expansion, infrastructural development and growth of the real sectors of the economy.

It is imperative to note that many developing countries all over the world are making concerted efforts at reducing the cost of governance in order to conserve funds for infrastructure development that would impact positively on the lives of the citizens. For instance, India introduced e-governance in administration in order to reduce the cost of running its government. Other countries like Ethiopia, Thailand, Kenya, Ghana, Rwanda, etc. have further resorted to reduction in the number of political appointees involved in the act of administration thereby making their governments efficient in the management of scarce resources.

For any society to make meaningful progress there ought to be a competent and cost effective management system that is capable of maximising the nation’s scarce resources to the benefit of all. This is what is lacking in the country.

Therefore, the call for a drastic reduction in the cost of governance by Femi Gbajabiamila, the Speaker of the House of Representatives, Wednesday, February 10, at the resumption of the 2021 sitting of the house is a welcome development. The outbreak of the Coronavirus (COVID-19), high inflation, current economic recession and fluctuation in crude oil prices have had a huge negative impact on the country’s revenue, leaving the government in dire need of cutting costs and stabilising the economy.

In June 2020, President Muhammadu Buhari approved the implementation of the report of the Rationalisation and Restructuring of Federal Government Parastatals, Commissions and Agencies, commonly referred to as the Oronsaye Committee, which recommended the merger, conversion and scrapping of many agencies.

The committee, inaugurated by former President Goodluck Jonathan in 2011, recommended the scrapping of 102 federal statutory agencies from the present 263, the abolition of 38 agencies, merger of 52 and reversion of 14 to mere departments in some ministries.

In Nigeria, a serving minister may have up to 10 cars, 10 special assistants, five personal assistants or even more. Every special assistant also has an assistant; every special adviser has an executive assistant and a retinue of officials and cars. And in the presidency, there are up to 100 government parastatals. Each has a chairman and directors most of them doing the same thing. The Speaker and Senate President each have over 100 people working under him. They should take the lead by first reducing their own costs

The United States has only 15 secretaries (equivalent to our ministers) that run a country of over 250 million people. The British cabinet is smaller than that of Nigeria. Spending on the public service in Britain is undergoing review to reduce cost of running the country.

If Section 147 of the Nigerian Constitution provides that there must be a minister from each of the 36 states of the federation, should the president not be having a maximum of 36 ministers? In 2015, he had 36 but now he has 43. What value addition has that brought to the economy?

Our leaders should take a cue from a country like Senegal, which abolished their Senate to save costs. In the alternative, we can make the legislative function part-time as it is done in some countries and pay them part-time or sitting allowance. By so doing, millions of funds would be saved.

Nigeria’s 37th position among 52 African countries surveyed on public governance practices show that the government needs to stop living in denial, adopt global best practices and drop the corruption and ineptitude that have impoverished the majority of the population.

Misinformed about the information age: The existential crisis of online social media

The lending market and the London Interbank Offered Rate: What next?

Do Nigerians really have money in Pension?