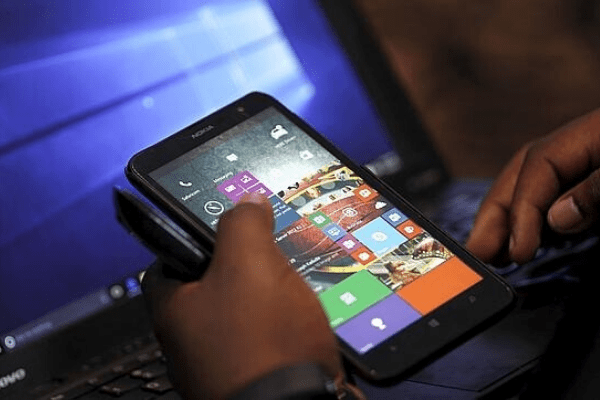 As smartphones become cheaper, a rising number of Africans are getting online. While Africans have typically feature phones, smartphone ownership is more popular among younger mobile users.

At the end of 2017, the number of smartphone connections reached 250 million, which is expected to increase to 440 million by 2025. This rapid growth in smartphone adoption across the continent has led a number of observers to declare that Africa’s connectivity has finally taken off. The reality is far more nuanced.

While Africans are more accessible than ever, the vast majority are still difficult to reach. In the US and Europe, mobile phone users have access to unlimited data plans, putting them within easy reach.

But this is not the case in sub-Saharan Africa. Phone ownership does not reflect unlimited connectivity due to consumer behaviour around mobile phone usage.

Here are three ways to look at African connectivity differently.

Africans prepay for mobile and use data sparingly: Data in Africa is expensive. After obtaining a free or nominally-priced SIM card, subscribers prefer to pay upfront for services. With prepaid plans, users avoid contracts and have more flexibility.

Despite a 44 percent mobile penetration rate, Africa still has the world’s most expensive prepaid mobile data plans in relation to median incomes; on average, mobile data prices represent a staggering 8.76 percent of income. In Zimbabwe, a gigabyte costs $75.20, 289 times as much as in India, making it the most expensive country for data. MTN Nigeria’s lowest and cheapest data plan costs N100 or $0.28 for 50 megabytes of data and is valid for only 24 hours.

Given median incomes, this corresponds to a high market share as subscribers spend at least 7 percent of their monthly income on data, considerably above the UN Broadband Commission’s target of 2 percent of monthly income for developing countries. These high data costs prevent many Africans from being consistently online. Often times, data connections are completely turned off or data plans are reloaded as needed to use specific products, such as WhatsApp.

This behaviour has thus cultivated a distinct pay-as-you-go mobile culture among Africans.

Africans have multiple SIM cards: In 2018, 4 of the top 10 countries globally using dual or multi-SIM phones are in Africa. The highest percentage usage by country was Kenya at 87 percent, with Nigeria in a close second.

Juggling multiple SIM cards is a result of variable infrastructure quality as much as price point sensitive customers. In more remote areas, network reception can be spotty, or non-existent. Given the variability of telecoms tower infrastructure across providers, users have access to better coverage with multiple SIM cards. Additionally, because African consumers are price point sensitive, they have multiple phone subscriptions and seek out deals from operators.

For example, in Nigeria, users flock to MTN for reliable network coverage and to Globacom for its cheap data offerings

Given their easy to use interface and accessibility, USSD and SMS have also changed interactions between users and service providers. Customers can contact mobile phone operators directly to inquire about balances, promotions, and data bundles via USSD/SMS.

A prominent use of USSD & SMS across Africa is digital financial services, and the region leads the world in mobile money transactions. In Nigeria, USSD transactions grew by 35 percent in 2018, generating transfer payments of N261 million.

In Kenya, more than 16 million transactions occur daily on M-Pesa, the country’s leading mobile money platform. The simplicity of dialling a code on one’s mobile device has allowed feature phone technology to reign supreme in Africa’s digital financial services sector and created consumer behaviour that is wedded to USSD/SMS.

The digital revolution in Africa has come to stay — but not without its challenges. Despite the increasing number of smartphones and internet users across the continent, a significant portion of its fast-growing consumer market is still far from reach.

To truly leverage the business opportunities Africa presents, rethinking connectivity across the continent is a must.

How online lenders can ease pressure on borrowers amid coronavirus