The path to grow Nigeria’s aviation 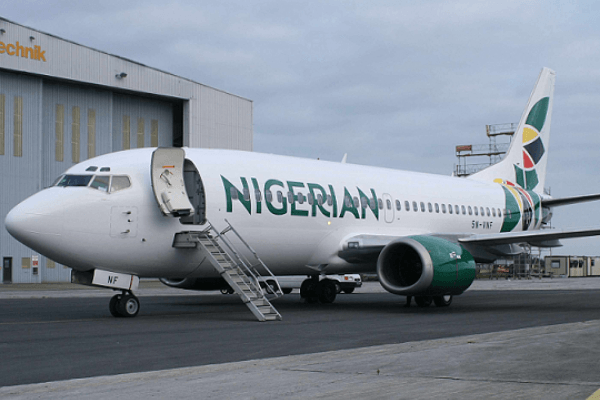 For a long time, aviation stakeholders have been expressing concern over the stagnant or retarding predicament of this massive sector, considering our natural, human and economic potentials. Perhaps based on these factors, including the $1.3 billion annually repatriated by foreign airlines, Senator Hadi Sirika put out a plan over four years ago to set up a national airline.

Various media reports said Qatar Airways and Ethiopian Airlines were jointly or separately likely technical partners. However, following a mock up launch of the carrier at the Farnborough Air Show in the United Kingdom about two years, the project suffered a mild set back, albeit it is quietly being resuscitated at the moment.

My friend and senior colleague Chris Aligbe wrote an article last November condemning the suggestion by the Managing Director of Asset Management Corporation (AMCON), Ahmed Kuru, calling for the merger of Aero Contractors and Arik Air to form the national carrier. Sirika without doubt quickly pushed down that proposal, insisting only a new carrier will work.

The argument of Sirika and his supporters in setting up a national carrier is indeed baffling. A UK-based respected Nigerian aviation expert Nick Fadugba said in 2018 it is only Nigeria that owns two national airlines and is struggling to set up a third one! The argument by Chris that Arik and Aero are not government-owned because it is under Receivership by AMCON is surprising.

Gleaning through past reports, Sirika is working to get private participation to set up the national airline, although nearly N50 billion ($140 million) was budgeted for that purpose in 2019.

The question to ask is why is government spending a whopping N50 billion on a project that will lose money in the first 3-5 years and with little assurance for success? Why is the government spending this amount of money considering the dire needs in other sectors like education, health and social services? Why is a government that is almost borrowing to service debts setting up a national carrier while it has a better option? Considering the recent downgrade of Nigeria by rating agencies, which investor will risk investing in a completely new venture?

For Arik and Aero which have tasted the waters, and are regaining customer confidence in their respective markets, and equally making revenues to cover working capital, it makes better sense for the government to merge them, while they secure solid technical partners.

The reference of Chris to the legal disputes is not altruistic, because once creditors are engaged, and given sufficient confidence, investors will play ball. After all the current Arik management have been engaging all the airline’s creditors locally and internationally, and have gained their confidence through constant engagements, and repayment of debts.

It is crucially important to look at the massive advantages of merging Aero and Arik to form a flag carrier. Aero is Nigeria’s oldest carrier with solid experience servicing the oil and gas sector, rotary-wing and aircraft repairs. It has a Maintenance Repair and Overhaul (MRO) license to undertake C check for Boeing 737s, perhaps the only facility with that competence in the west and central Africa. Arik is the first airline to operate brand new Boeing and Airbus new generation aircraft and since the days of Nigeria Airways, the only Nigerian airline with the best international exposure. Most aviation experts have fingered huge maintenance cost as one of the major problems for Nigerian airlines. Just imagine a combination of Arik and Aero under one entity, where Aero can also offer services to third parties.

Sirika should work to fix our airports, and not just focus on the current traffic, but think long term. He’s truly putting the cart before the horse. It’s like building a house in an area where there’s no electricity, water, road and gas. Of what use is a national carrier with the airports we have today? There’s no seamless national and regional connection. There’s even no solid plan to accommodate increasing traffic for the next 10 -15 years, or massively boost traffic.

Sirika’s focus should be to transparently concession Lagos and Abuja airports by engaging stakeholders with the aim of attracting traffic of 30 million passengers in the first ten years and 50 million passengers in the second phase – another 10 years. Our airports must compete internationally and drive our economic growth, and significantly contribute to the Gross Domestic Product (GDP) not the other way around. We have everything to achieve that.

The Dangote refinery will be completed this year. What is the minister and his relevant agency doing to attract foreign airlines into our airports with cheaper aviation fuel when the refinery comes on stream? Does Federal Aviation Authority of Nigerian (FAAN) pitch for airlines to come to their airports as Ghana is now obviously doing by offering cheap aviation fuel and other concessions?

Akbar Al Baker the CEO of Qatar Airways while responding to the Nigerian Air project in 2018 suggested that developing airport infrastructure should be the focus of Nigeria rather than a new airline. Alexandre de Juniac, the CEO of the International Air Transport Association (IATA) said a similar thing while talking last month to some African journalists when he lamented that poor airport infrastructure is hindering the growth of the industry in Africa.

It was time we thought big and planned long term in this sector with the aim of creating jobs and stop being fixated by reducing foreign airlines’ repatriation of $1.3 billion a year which is chick feed. The world is moving at a fast pace. It is still in our hands. We must THINK and ACT right, and quickly too.

Simon Tumba is CEO of SY&T Communications LTD, a Lagos-based PR firm, and Publisher of NigeriaTravelsMart.com

How to groom frontline leaders at the workplace

Exploring a new model for cooperation between business and society

Our youth and the protests – Looking beyond End SARS