The new face of slave trade in Nigeria 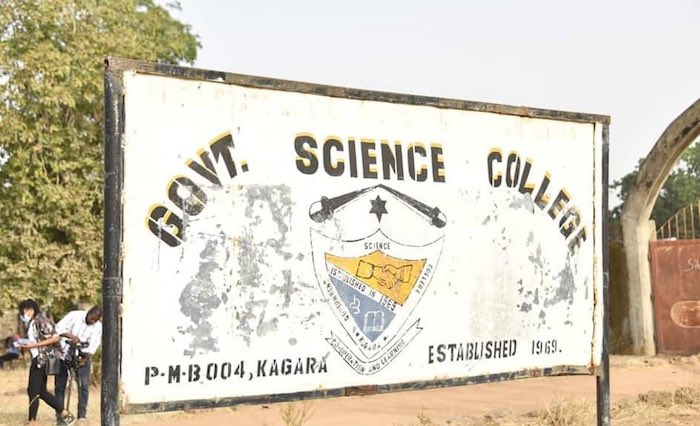 In the days when slave trading was in vogue, buyers and sellers met at the market square where price haggling took place. The product, usually human beings who had been chained on their feet and neck, watched helplessly.

Although that type of business has ceased decades ago, a new version of it is playing out in Nigeria. Unlike in the past when the haggling of prices and transfer of the “cargo” was not televised to the full glare of the whole world, today, the type that is happening in the 21st century Nigeria is shown live as the transaction is taking place.

The recent abduction of 27 pupils and 15 workers of Government Science College, Kagara, Niger State by armed bandits is another demonstration of the dilapidated state of security in Nigeria and the Nigerian state’s failure to secure the lives and ensure the safety of her citizens.

According to news reports, the bandits had demanded N500 million to release the abducted students and workers held in a forest that connects Kebbi, Zamfara, Niger and the Kaduna states. Kaduna-based Islamic cleric, Ahmad Gumi led negotiation with the bandits.

The Kagara incident came nearly two months after the heinous abduction of about 400 students of government secondary school, Kankara, Katsina State, by bandits.

Like what transpired in the slave trade era, where influential people in society sold other people to foreigners mainly for monetary reward, the mass abductions going on in the North could not have been possible without some fifth columnists.

One of the Kagara students’ abductors, who refused to accept N2.7million offered to him as ransom for the 27 abductees (who were still held in the kidnappers’ den at the time of going to press) said the person that gave them the “business” was feeding them with government’s plans.

“You think I don’t know what you people are doing? I can tell you how many security vehicles are in Kagara as we speak,” the negotiating terrorist said.

He further said: “It is with the help of the people of the city that intruders can overrun the city. Don’t you know that? The person who gave us this business is there among you. He is there with you. Wherever you go, he’s watching you.”

That this absurdity is happening with government endorsement is heart-rending. Some of the bandits who carried out the abduction in recent times in Kankara, Katsina State and Kagara, Niger State, have become media celebrities.

Although government had claimed that no ransom was paid, many Nigerians scoffed at that claim. Events that followed the release of the boys showed that hefty ransom was paid, but the real amount of money has remained controversial as the Katsina State government and the terrorists have bandied different figures.

It beats the imagination of many Nigerians that there is no record of any official inquest, arrest or prosecution relating to the abductions.

In today’s Nigeria, terrorists are operating without let or hindrance across the country. They attack villagers daily and keep Nigerians in perpetual fear and trepidation. A large population of Nigerians living in Zamfara, Kaduna, Niger, Sokoto, Kebbi and the Katsina States are exposed to insecurity from the activities of bandits.

Nigerians are worried that the increasing recognition and attention being given to the terrorists by government and the justification of their heinous activities by the likes of Gumi have sent a message that they are above the law.

It is our considered opinion that the terrorists must be seen for what they are- criminals- that take advantage of the country’s security and institutional failures to terrorise the populace and enrich themselves in the process. They must not be “treated with kid gloves”.

Today, the lives of Nigerians are being negotiated in the bushes and forests across the country. Kidnappers and bandits have taken over the highways where they lay siege to innocent travellers. But the major concern is that the abduction of school children in parts of the north has become so rampant that students, teachers and other staff in schools that are located in remote parts of states where insurgency is high, now live in constant fear which also affects the quality of teaching and learning that go on in those places.

Relatives of kidnapped victims watch their loved ones on the video while government agents haggle the ransom. What a traumatic experience!

When Governor Masari of Katsina posed with some leaders of bandits during the negotiation for the release of the abducted 400 Kankara students, he never thought about what such an appearance could do to the psyche of a Nigerian child.

When Sheikh Gumi sat comfortably and engaged in handshake with murderers in the name of negotiation, he forgot that he was enhancing the profile of terrorists and unwittingly encouraging the enlistment of other young Nigerians into the group.

When some state governors and senators address press conferences to call for amnesty for the terrorists, it means that criminality pays in Nigeria. This is indeed, a desperate moment in the country.

We urge the Federal Government to take the bull by the horns and silence the terrorists permanently. After all, that is the contract it signed with the people when it was voted into power in 2015.