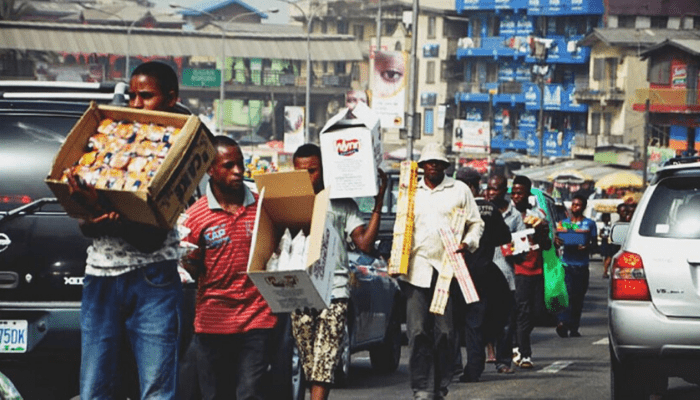 The Lagos hawker who makes one million Naira monthly was a classic for us. it didn’t have the fancy feel of the typical success story, it was right in front of us and better than that, there are replicable concepts that are key success pillars for small scale retail in Africa.

Below are insights from his story.

Know your numbers – “…In his third month of hawking, he was making an N5 profit on every unit of Gala (packaged sausage roll) he sold and made an average sale of 300 units daily, solely in the Mile 2 traffic. This roughly translates to N40,000 monthly because of Chinedu”

Time is a capital – “…like many other hawkers work for limited hours on Sundays. They go to Mass, get some rest and return phone calls that have pended week-long.”

Try out all sales options (goods, locations) – “Chinedu had explored more than a few of the traffic hotspots across Lagos and decidedly moved to Oshodi. “He started selling 10 cartons a day, more than tripling his previous average daily sales, and his monthly income jumped to N150,000.”

Tell your story (brag a lot) – “…With hundreds of young, able men in his village who weren’t gainfully employed, it was easy for his story to spread. He didn’t return with a convoy of cars or with freshly minted dollar notes, but young men and women fell in love with his Lagos story.

Have a first 12 disciples’ strategy – “He returned to Lagos with 12 young men and like the popular stories of disciples in twelves, these ones adored him, relied on him and let him lead them.”

Get people skills – “these ones adored him, relied on him and let him lead them. With them.”

Cash is king – “Chinedu unofficially started a crude distribution company, He bought sausage rolls, in cash, from wholesale points, and resold to the twelve, making a 30% off their supposed profit.”

Love your disciples and show them leadership – “…Apart from providing them a dream to aspire to, he paid for their accommodation and routinely organized dinner after a long day running to and fro Lagos roads.”

Delay gratification, work as hard as your team – “…Chinedu could have settled into his middle-man role and literally gotten off the streets but he didn’t. He was out there with his boys, carton of sausage rolls over his shoulders and a worn-out pair of slippers under his feet.”

More distribution is the story – “…By the end of 2018, about two years after coming to Lagos, he had over 100 young men and women who were buying consumer goods directly from him, at least, once in a week.”

Diversify your product line — think profit margin – “…It was around this period Chinedu diversified from sausage rolls and widened his portfolio, exploring newer products with better profit margins.”

Your seekers will come – “…Managers from multinational companies started to seek him out. He provided a unique service to them.”

Look out for bigger distributors and build a relationship with them – “…Chinedu’s organization, one out of hundreds of similar ones across Lagos, solve a huge chunk of this problem for consumer goods companies.”

Use data to make decisions – “…there is no data showing the quality of consumers in the different routes. Chinedu is easily able to rank Berger as the number one quality traffic spot in the whole country, followed by Oshodi, Yaba, Obalende and Ajah, before other spots like Mile 2, Orile, Iyana Ipaja, and Agege…”

Think value chain strategy – “…He looks to backward integrate; set up a production factory to produce his own special brand of popcorn, sausage rolls, and carbonated drinks.”

FG fires back at Atiku over comment on Ajaokuta plant

New naira: Reps to issue warrant of arrest on Emefiele