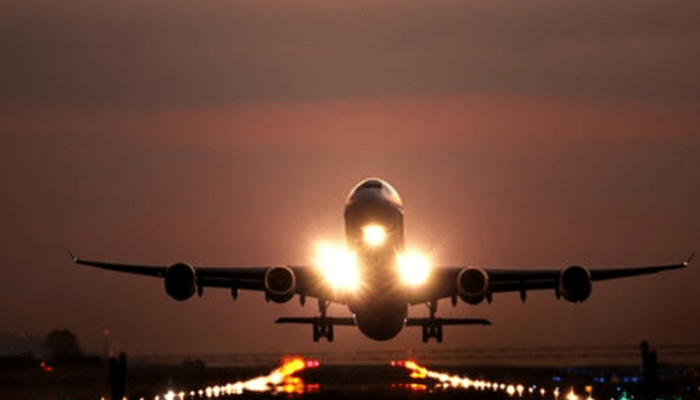 This is a phrase air travellers are familiar with and look forward to hearing on every trip or journey they make. The moment you are strapped in your seat ready for takeoff, knowing you are off to your next destination, at that moment, no better call/ announcement can come. It is May 2020, however, and here we are, deprived of the opportunity to hear our very much loved inflight announcement; and what is worse, many do not know when next that phrase will ring from the aeroplanes’ speakers. The world is grounded.

On March 21, 2020, COVID-19 was officially declared to be a pandemic by the World Health Organisation (WHO), and it continues to have a tremendous effect on different sectors of the global economy.

The pandemic has caused governments across the world to take measures to contain and manage the disease through restricted movement and mandated shutdown of businesses. The virus has spread worldwide without acknowledging borders. As of mid May 2020, the virus had infected well over 4.5 million persons while over 300,000 individuals have succumbed to the virus since its emergence. As a direct consequence of the shutdown of businesses, borders and economies (amongst others), the dreadful disease has blighted many industries/ sectors in the global economy, leaving behind the devastating economic and financial losses as well as significant uncertainties.

The vicissitudes that greeted the aviation industry in the wake of the pandemic is one that the industry has never experienced. As many industry experts have put it, it is one that hits even harder than the events of ‘9/11’ and the 2008 global financial crises combined. This is in sharp contrast to what was obtainable in the industry over the past decade. Revenues of the global airline industry had doubled over the past ten years, and it was forecasted that by 2026, the aviation industry would contribute $1 trillion to the world Gross Domestic Product (GDP).

Between the years 2009 and 2017, revenue in the global aviation industry grew at a compound annual growth rate of around 5.9 per cent, reaching $754 billion in 2017. In 2019 this figure soared to $838 billion. Globally, commercial airlines were expected to generate combined revenue of around $872 billion in 2020. On April 14, 2020, however, the International Air Transport Association (IATA) released an updated analysis showing that the COVID-19 crisis would see global airline passenger revenues drop by $314 billion in 2020, a 55 percent decline compared to 2019. To underscore this impact, Warren Buffet, the American investor sold his firm’s entire holdings in the four major US airlines (Delta Airlines, American Airlines, Southwest Airlines and United Airlines), warning that the “world has changed” for the aviation industry because of the crisis.

According to the World Bank, in 2018, around 4.2 billion passengers were ferried across the globe. Factors responsible for the boom in the aviation industry pre-COVID-19 pandemic were not unrelated to the birth of low-fare airlines as well as increasing disposable income of travellers across the globe which invariably birthed new global travel trends. At this period, nearly two-thirds of the world’s total number of aircraft with a cumulative capacity of transporting 26,000 passengers are grounded, thereby leaving millions of jobs at risk.

It is imperative to note that for an industry of such sheer scale and economic strength, profits are razor-thin, and most airlines struggle to break even consistently. With extraordinary consequences, many airlines have grounded all, or basically all, of the planes in their fleet. The scale of the downturn for airlines became apparent when airlines began to seek government bailouts and some filing for bankruptcy. For example, British regional airline, Flybe, became cash-strapped and entered administration in the first week of March 2020. While Flybe had ongoing financial difficulties and was already on the brink, the coronavirus situation, and the associated decrease in revenue, sealed its fate.

Further, in the first week of May 2020, Virgin Atlantic announced plans to cut more than 3,000 jobs in the United Kingdom and end its operation at the Gatwick airport. Avianca Holdings Latin America’s second-largest airline and the second-oldest continually operating airline in the world after KLM, filed for bankruptcy, after being unable to meet a bond payment deadline. In Nigeria, Arik Air, one of the Country’s largest carrier implemented an 80 percent salary cut for its personnel for April 2020, as well as ordering 90 percent of its 1,800 staff to proceed on leave without pay until further notice.

However, airlines are not unfamiliar with going through turbulence. It is only essential at this point that airlines maintain the lookout for clearer flight paths that will ensure they emerge stronger from the COVID-19 crisis. Accordingly, the flight plan for a post-COVID-19 resurgence is one shrouded in so much uncertainty and unpredictability. However, it is not all doom and gloom for the industry. The Aviation industry which is one of the most resilient will have to seek ingenious ways to emerge post the pandemic particularly when it has been suggested by health experts that humans may have to learn to live with the virus for the foreseeable future.

Thus, taking into cognisance the fact that the world may not ‘open-up’ within the same timeline, it is expected that frequency of flights will not immediately jumpstart as countries slowly emerge from the effects of the virus. With families still reeling from the economic impact of the pandemic, non-essential travel will definitely not be on the front burner. It is expected that airlines will significantly reduce airfares as well as offer competitive packages to woo passengers back to the skies, although this will begin to ease out once demand picks. Moreover, with virtual meetings being in vogue via various teleconferencing platforms, airlines have a tall order in reminding passengers that they enjoyed travelling despite the existence of these platforms pre-COVID-19.

Furthermore, the inevitability of airlines going under has begun to rear its head. Airlines that are willing (particularly low-cost airlines) may have to explore the obvious option of merging and creating viable alliances in a bid to weather the storm. Data will also have to guide future decisions to ensure that routes and customer options are driven by what is most profitable.

A paradigm shift is well underway as the world’s airlines reassess their operations and options as well as the way forward as they emerge from the crisis. Empty airports, mask-wearing and social distancing already show a behavioural change that will characterise the new normal. With airport and airline regulators set to impose stringent measures like constant decontamination and reduced airline capacity, a long and slow shakeup lies ahead which will touch on every facet of the industry after limits on movement eases. It remains difficult to predict any definitive outcome while the crisis is unfolding. The journey to recovery may be long, slow and tedious, but definite sacrifices must be made to pilot the industry back on course.

Adesunkanmi an Associate at Kenna Partners