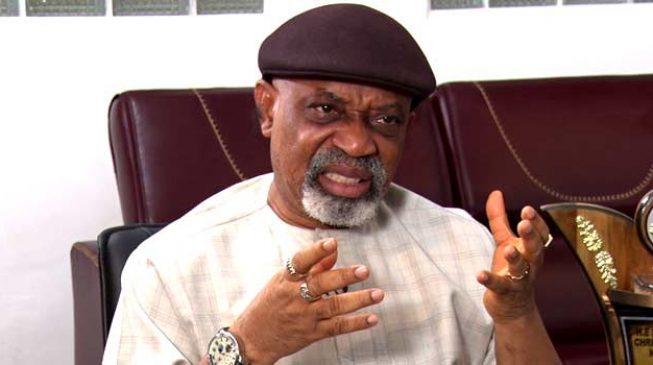 The third week of July, this year, spanning from 20th to 26th, was one that Nigerians are not likely to forget in a hurry. It was a week that some notable players in the political turf proved to Nigerians, especially practitioners and fans of the Nollywood industry, that the nation had long ignored their rich endowment in the thespian art of acting as they treated us to charming performances of theatre of the absurd.

The week had opened with the continuation of the House of representatives’ probe into allegations of reeking graft and financial putrefaction in the activities and operations of the Niger Delta Development Commission (NDDC).  While we were still squirming under the stench of a gust of unbridled sleaze and malfeasance coming out of the probe, what looked like a comic interlude, or better still, a tragi-comedy, came to the fore.   The acting MD of the commission, one Professor Kerebradikumo Daniel Pondei, while being grilled by the probe committee, suddenly slumped and for a short while, passed out before being revived.

It was one scene The Yorubas will describe as oro buruku tohun terin, the literal translation of which is an intractable blend of comedy with tragedy. He was instantly packaged out of the probe location. The argument has since ensued among our compatriots whether Pondei actually fainted or was merely playing possum.  Please don’t ask me my opinion on this, because if you ask me, my response will be “na who I go ask”. Just call that act One scene 1.

But if Nigerians thought they had seen it all for the week, more drama, enough to make Nollywood actors go green with envy awaited them. Enter Godwill Akpabio, the Minister of Niger Delta Affairs. His engagement with the legislators was no less enthralling. The highpoint of Akpabio’s session with the probe committee was his declaration that national assembly members constituted about 60 percent of the beneficiaries of contracts by the NDDC. The minister was later challenged by Speaker of the house Femi Gbajabiamila to publish names of beneficiaries of NDDC contracts in the national assembly. No such publication has been made and a legal action has been threatened. We wait with bated breath to see where this ends.  For now, we let’s just say curtain falls on act 1 scene two.

Act Two scene 1 began with yet another probe by the same House of Representatives. This is where we saw another supposedly honourable minister in his most dishonourable element. The Minister of Labour, Chris Ngige, had appeared before the House Committee probing the operations of the Nigerian Social Insurance Trust Fund (NSITF) under the supervision of the Minister. A member of the committee, James Faleke, had raised a number of salient posers for the Minister to address. In all, eleven questions were raised by Faleke. The questions raised ranged from procedural breach in the sack of the NSITF management, to accusation of tribalism, undue interference in the running of the agency under probe and use of office of Ngige’s wife to choose an insurance broker for the agency.

Rather than go straight to the issues raised and state the reasons behind the actions he took, Mr. Ngige veered off the track and resorted to a diverse form of logical fallacy to beg the question, resort to name calling and perhaps cow the committee members. He started off saying all the committee members were junior to him in age. Pray tell me, what has age gotten to do with giving account of one’s performance in a public office?

Ngige later exhibited his fixation with class stratification when, in a show of rustic haughtiness, he said Faleke should not talk to him because Faleke was a ‘small boy from Mushin’ who should not talk to him, (Ngige), a Victoria Island boy. The Bible could not have been mistaken when it says from the abundance of the heart, the mouth speaketh. Has the (dis) Honourable Minister demonstrated the disdain, contempt and low esteem etched on his heart against  the ordinary but hardworking people of the country as symbolised by Mushin and Ajegunle in Lagos, Kabusa and Mpape in Abuja, Upper Sokpomba and Ekosodin in Benin City , Foko and Kudeti in Ibadan, Fagge and Yankaba in Kano and many other similar abode of the underprivileged across Nigeria.

These places represent the resilience and undying spirit of an average Nigerian in the face of deprivations, oppression and misrule by the elite occupants of Victoria Island, Asokoro, Bodija and Bompai in Lagos, Abuja, Ibadan and Kano respectively and other choice locations in different Nigerian cities.

The Mushin man is usually not part of the pork barrel and gravy train through which many VI occupants may have acquired their choice property, yet he trudges on with life and in many instances, makes a success of it. That is the reason that out of the same Mushin that our (dis) honourable Minister derides with gusto, many contributors to national development in the form of well acclaimed intellectuals and academics, Musicians, sportsmen of international repute, successful professionals, entrepreneurs, politicians and many others whose role in national development has not been less significant than that of  VI dwellers have come out.

Even if it is to be argued that one of the questions Faleke asked may have drawn Ngige’s  ire, when Faleke veered off the track to call Ngige’s political strength and relevance in Anambra politics to question, the point needs be made that one of the hallmarks of good grooming is the ability to keep one’s cool even under extreme provocation. One is reminded here of a story told of Abraham Lincoln.

At his inauguration, as Lincoln stood to deliver his inaugural speech, one rich aristocrat stood up and said “Mr. Lincoln please remember that your father used to make shoes for my family”. The man thought he had succeeded in making a fool of Lincoln. But rather than losing composure and temper, Lincoln calmly replied in the affirmative and used the opportunity to extol the virtues of his father as an exemplary cobbler, after whose work both the rich and mighty sought.

Ngige may truly be living in Victoria Island but it is doubtful if VI lives in him.  He still needs a lot to imbibe from the urbanity, civility and social sophistication that his much-flaunted place of abode should instil in him. He needs to know that in the final analysis, a man will be assessed not by where he lives but by what lives in him. Apposite here are the immortal words of the legendary reggae star, Robertson, Nesta Marley that ‘some people are so poor, all they have is money’. To say the least, our Honourable Minister has acted in a most dishonourable and non ministerial manner. Let him learn to show henceforth that he has a heart much larger than his physical frame.

Adegoke is a Media & communication consultant in Lagos.