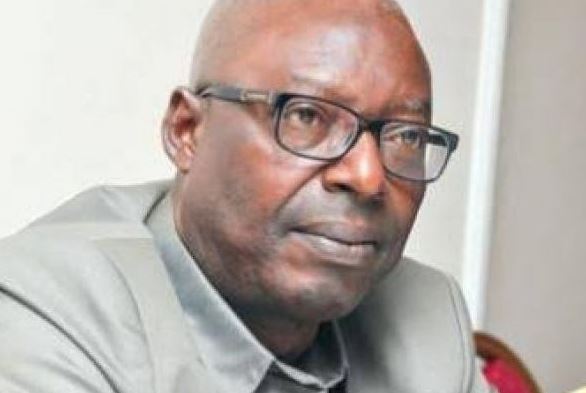 Nigeria’s president is one of the most powerful state executives in the world.

The constitution provides very little limitations on his authority. When this is combined with a supine National Assembly whose members are in awe of the president and commander-in-chief, we end up with an autocrat in Aso Rock.

The immense powers of the president could be constructive if he deploys them for the general good of the country. And not to pursue personal and parochial interests. Like capturing power by using federal agencies, including the police, military and intelligence services, to manipulate the outcome of elections.

We witnessed such a display of presidential power during the 2019 general elections when many states were turned into war zones with the deployment of heavily armed soldiers and police to help the ruling party realize pre-determined electoral outcomes.

So for elections, federal might is usually a decisive factor. Without it, Muhammadu Buhari might not have been re-elected as president. That’s why when he was asked, before the presidential election, if he would concede if he lost, he said he wasn’t going to lose. So the question of conceding wouldn’t arise.

Read Also: Nigeria to achieve 30 percent power supply from renewables by 2030: A rejoinder to the Vice President

While the president had no qualms about using federal might to help himself and his party, APC, to secure victory in the last general elections, he’s been reticent about, even uninterested in, using same to address the searing problem of insecurity ravaging the country.

With anarchy unbound and the country slipping further and further into chaos on virtually all fronts, the president’s cluelessness about his obligations to the country and the impotence of federal might are on an embarrassing display.

Beyond the statement that his spokesmen issue, informing an increasingly disgusted public that he has directed the security agencies to deal with the latest outrage committed by rogue gangs terrorizing the country, the president does nothing. He’s neither scandalized by the grotesque brutality of the terrorists, nor moved by the terrible pains of the victims, their families and communities. He’s permanently missing in action as the country is being brought to its knees by sundry terrorist gangs.

For over 10 years, Boko Haram has been menacing the country, laying to waste many parts of especially the north-east. Half of that time has been under Buhari’s watch. Remember that he had promised, while campaigning for president in 2015, that, if elected, he would get rid of Boko Haram within three months. Five years on, that promise, which was more of electoral gimmick, is looking indefensibly fatuous. To further wound our already wounded sensibilities, Lt. General Buratai, immediate past army chief, said we all must be prepared to live with the menace of Boko Haram for another 20 years.

Buratai’s assertion about the longevity of Boko Haram never got any pushback from the presidency. One got the sense that the president was happy that Buratai said what he himself would have wanted to say. Which is that his government has done all he could to contain the terrorists. Therefore, we have to reconcile ourselves to the inevitability of Boko Haram’s presence for a long time.

For a president who has not been able to deliver on his promise to end Boko Haram’s terrorism, it’s a really a stretch expecting him to act decisively in respect of the Fulani bandits and armed herdsmen. No magic can suddenly transform him from the apologist-in-chief for the marauding herdsmen to their nemesis. The oath of office he took twice to maintain and preserve the country’s territorial integrity and ensure the security of Nigerians is meaningless to him.

The president has said on a couple of occasions that the rogue elements among the herdsmen are from outside the country. According to him, most of them were remnants of armed gangs that fought for Mohammad Ghaddafi, the late Libyan dictator. That’s confirming a notorious fact that many of the bandits are foreigners.

That in itself is very indicting of the president and his hapless government. How could he just stand by and allow armed gangs invade our country and carve out ungoverned spaces for themselves? They defy our laws, desecrate our land, vandalize our communities, kidnap our people for ransom and kill them daily. Yet the president remains unperturbed. It’s either that, by omission or sheer dereliction of duty, he’s complicit in the brutalization of defenseless Nigerians by terrorist gangs. Or he’s overwhelmed by the burden of discharging the obligations of his office. In other words, he’s incapable of doing his job.

Buhari’s absence from the febrile discuss generated by the relentless assaults of the bandits has led to a Babel of discordant voices gaslighting an already explosive situation.

Obviously lacking any idea about how to ameliorate the growing insecurity in the country, defense minister, Major-General (rtd.) Bashir Magashi, excoriated Nigerians for being cowardly. He asked us to defend ourselves against killer gangs wielding AK47 assault rifles and other deadly weapons with our bare hands, instead of running away or just waiting to be killed.

It’s a most asinine and insensitive statement by a top government official that, in a properly functioning administration, should earn him an immediate sack. He didn’t just embarrass himself, he exposed the president’s penchant for surrounding himself with incompetent people – and celebrating them by letting them hang on to jobs they’re ill-equipped for.

The lack of leadership from Aso Rock has thrown up self-appointed peace makers like Sheik Ahmed Gumi. The Islamic cleric has been trying very hard to rationalize the bandits’ brutal excesses and advocate for amnesty for them. He has met with leaders of the bandits in different locations, and he’s now convinced that an equivalence should of necessity be drawn between them and the Niger Delta militants who got amnesty and were rehabilitated. But has he talked of compensation and rehabilitation for the thousands of victims of these murderous gangs? Of course not.

Assuming his proposal is adopted by the government, would the foreigners among the bandits be also forgiven their atrocities against Nigerians? And rewarded to boot for illegally entering our country and committing heinous crimes?

At least we can commend Gumi for his efforts in trying to find solutions to the roiling crisis of insecurity besetting Nigeria. Even if his idea for solving the problem is most disagreeable. After all he’s just a cleric.

Compared to Gumi, Buhari has failed woefully for saying nothing and doing nothing to rescue the country from the grip of terrorists and sundry criminal gangs. Beyond appointing new military service chiefs, he has no coherent, actionable plan to deal with the situation that’s getting worse every day. Not even the despicable action of the bandits, who’re now preying on young school children, have moved him to stand up for Nigeria.

So long as Buhari remains distant from the security challenges and shows no inclination to lead, the terrorists of all kinds will continue to thrive. Which would further endanger the country and bring it to the brink of falling into the Somalia syndrome. Where the government would become illegitimate and more irrelevant. And that could end the country as we know it.