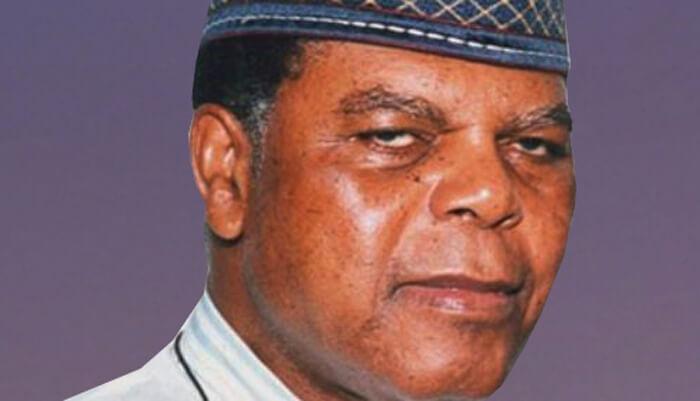 When the cold hands of death visited the home of the Ibru Family on September 6, 2016 and took away the patriarch, Olorogun Michael Christopher Onajirevbe Ibru, an era formally came to a glorious end.  For Chief was an extremely gifted and gracious entrepreneur who created a legacy that changed the ways Nigerians do business.

I first met Olorogun sometime in 1981, having worked as low-level clerical staff in the Ibru Organisation since January, 1979.  After three years of working in the group at its Creek Road, Apapa head office.  I was redeployed to assist Chief’s Personal Secretary on Louis Solomon Close, Victoria Island, Lagos.

While waiting to be assessed by the great man, I had my heart in my throat because I had been warned that I could lose my job.  If Chief adjudged me to be unworthy.  I counted on God to help me.  The five minutes of waiting to see him was the longest in my life.

When I was ushered inside his office, he asked two questions about my background. He also enquired while I was not in higher institution?  I told him of my humble background and there and then, he promised to care of my education.

I will for the rest of days appreciate the kindness that he shown me and will always admire the scholarship of his person.  I will also forever owe him for believing me at a time when I wasn’t always able to believe in myself.

Chief Ibru taught us that “everyone counts, everyone has a role to play; and we all do well when we help each other.  Give respect before you expect it, treat people the way you want to be treated.  You must learn to follow before you can become a good leader”.

He was the salt of earth and spice of life.  Chief’s life taught us that with perseverance and determination, a man could take the world as he found it, improve himself and be successful.  From early age, he displayed depth and strength of mind rarely found in so young a man.  For him, “success is not the money you make or the position that you attain, but now your family turns out.  If your family is a success, you’re a success”.

Olorogun Ibru, the Otota of Agbara-Otor Kingdom, of Delta State had flair, panache, aspirations to great deeds and contagious confidence.  He was a business leader with superior intelligence, imagination and curiosity.  He wielded influence and power with grace, verve and civility.

For him, faith was a great living gift from God intended to sustain our lives on earth, to guide us in our activities and to act as a source of solace and comfort.

Olorogun Michael Ibru was the sunshine wherever he stood, there was warmth, gaiety and charm.  He had a good heart.  He was an extra ordinary man, well ahead of his time.

Chief attended the famous Igbobi College, Lagos, between 1948 and 1951 and distinguished himself in academics and in extra curricular activities such that in his final year in school, he was appointed the Head Boy, a position usually reserved for the best student with leadership traits.  After leaving Igbobi College, he secured a job in the United African Company (now UACN), as a manager–in training.  Between 1951 and 1956 he worked in various towns across the then Western Region.

He resigned from the company and at the  age of 24, formed LAIBRU, in partnership with an expatriate, Mr. Jimmy Large, with whom he had worked with at UAC.  In 1965, he founded the Osadjere Fishing Company in partnership with a Japenese conglomerate, one of the largest fishing companies in the world.  By the mid-1960s, fish trading has become the traditional money maker for the Ibru Organisation.  Through he had other profitable interests such as transportation and construction, fish trading helped him secure financing and other forms of capital to engage in large scale trading.

According to Chief Ebenezer Babatope, the Nigerian Tribune Columnist: “The Ibru Family is a wealth family that has built its wealth on genuine efforts of self development.  No one can ever fault the Ibrus on their contributions to the socio-economic development of Nigeria.  The industrial base of Nigeria will for many years to come reserve special place of honour to the Ibru Family which Olorogun Michael Ibru nurtured.

Chief was to business, what the late Mohammed Alli was to boxing, what Michael Jackson was to music and what Pele was to football.  He was a riddle wrapped  in a mystery inside an enigma.  While I was growing up in the village in the 60s and early 70s, the name Ibru was a myth.  I used to think that he was a spirit, because he was larger than life.  He was very articulate and meticulous.  He believed in striving towards perfection in everything that had his name on.

My first take away from the amazing life of Chief Ibru, was the fire incident that happened at the Glass Building on Solomon Close.  While the fire was raging, every staff in the premises was panicking, panting and equally worried about his safety.  When we eventually got to his office, he was at his desk unperturbed.  He merely told us to calm down and ordered me to go and asked his long-term staff Pastor Joseph Obere to get him the Minet Insurance file on the building.

Another take away was the fact that before the age of 40 years, he was already a multi-millionaire, who had it all but he was still that epitome of humility.  By 1963, he already owned Aero Contractors private jets, fishing trawlers, homes in London and various thriving businesses.

My third take away was that when the Apapa G.R.A was completed in 1962, he was approached to buy up the entire buildings in the choice scheme, but declined preferring to allow others the opportunity to buy into the neighourhood.

My fourth was that by 1983, he had together with the Lateef Jakande Government of Lagos State, put up an ambitious plan to build a fast train for the Lagos metropolis.  He felt that the city cannot be truly modern without a Metro Line.  But the next government that came on in 1984 cancelled the project.  That was the only time I ever saw chief looking dejected.  He told us that “the project would have been my greatest gift to mankind”.

My final take away was when the Junta constituted a Special Investigating Panel to probe the Shagari’s government, some money were found in the late Hon. Victor Masi’s account.  Chief was invited before the panel, but he was on the side of Masi saying that the money  in question was a loan from him to Victor Masi and “I told him that the money was payable when able.  He told us later that ‘if we don’t stick with persons who stick with us, who will ever respect us again?  We have to stick with our friends”.

I believe that his most singular contribution to humanity was education.  He fervently contributed to education knowing that it was the key to empowerment and opportunity.  By 1969, he had donated the Ibru College to his community, an action which speaks to his fundamental greatness when he was just 39 years old.

The Otota strived to be the rainbow in the cloud of those who came his way.  I will forever be grateful for meeting, working for my long-time employer and second father, Chief Olorogun MCO Ibru.  Megwo Olorogu, Megwo!