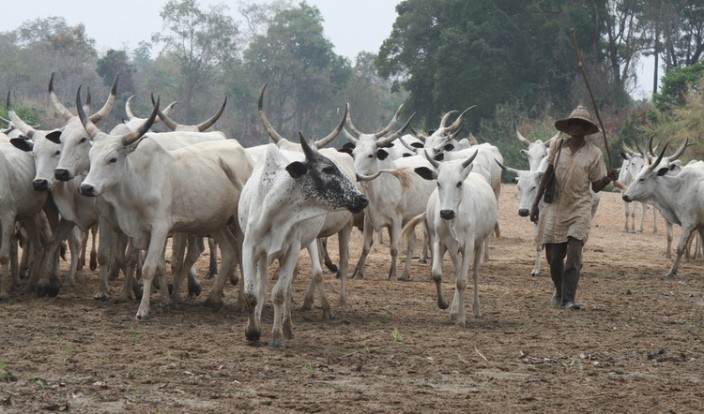 JUST imagine that Governor Rotimi Akeredolu had issued a quit notice to some Angas farmers who had set up their business in the forestry reserves of Ondo State.

Who would have heard? Would the Presidency be pressing their rights to run their business contrary to laws guiding the uses of forestry reserves?

Angas are Nigerians. Like other Nigerians, their constitutional rights are immaterial such that they cannot trespass on anyone’s property, not even in Plateau State where they are indigenous.

The Northern Elders Forum (NEF) does not speak for them. It is doubtful if they are North enough to deserve the attention of NEF that seems particularly reserved for Fulani herdsmen.

The Presidency said the governor’s order was unconstitutional as every Nigerian had a right to live wherever he wanted. Was the Presidency aware that the order was against illegal inhabitants of forestry reserves who were depoliating the environment?

Forestry reserves were established to ameliorate the consequences of deforestation decades before climate change became an issue. They are generally respected.

Which other Nigerian does the Presidency award constitutional rights to do as they please? Does the Fulani right to live wherever they please excise being law-abiding?

Hakeem Baba-Ahmed, the erudite spokesman of NEF, said Governor Akeredolu’s order to the herders was provocative and unhelpful.

“Northern Elders Forum is shocked at reports that Governor of Ondo State, Rotimi Akeredolu, SAN, is asking a Fulani community to leave its lawful location, in addition to other restrictions on activities of Fulani people who have lived in the state for a long period,” NEF’s statement read.

What is lawful about living in a forestry reserve? Does the length of time the Fulani community has violated the law unchallenged make its action legal?

Baba-Ahmed should be applauded for saying, “If there are criminal elements among the Fulani who live in the state, the governor should take appropriate steps to identify them and deal with them. Similarly, the Fulani do not enjoy legal immunity in any part of Nigeria”.

Will the Fulani be subject to all laws and regulations and respect the laws of the communities where they live as Baba-Ahmed advised them?

There are other Nigerians who are herdsmen. They do not violate the property of others. They remain within their communities and restrain their animals from damaging farms.

Herdsmen used to be that way. Nobody knew whether they were Fulani or Hausa. They never antagonised their host communities.

These memories of the herdsmen have faded, replaced by strong images etched in the minds of Nigerians of different sets of herdsmen who spread terror everywhere they go.

Complaints about them fail on deaf ears with the likes of the Presidency and NEF jumping to their defence. They do not have immunity but they delight in impunity.

Many Fulani live peacefully in different parts of Nigeria. They carry on with their business within the law.

Baba-Ahmed noted that it was dangerous and unacceptable to profile and demonise the Fulani and treat him outside the laws of the land. I agree. He should also let Fulani herdsmen know there are consequences for not obeying the law.

Baba-Ahmed knows better. He is not helpful either by making the order in Ondo State seem to be against the Fulani, including the law-abiding ones.

His failings were violations of the law too. He is lawyer enough to know the law would fault his actions. Did he set out to create ripples or ensure that illegal occupants of the forestry reserves were evicted?

Those applauding him should ask him.

Isiguzo is a major commentator on minor issues