Terminating employment without reason: The new shift in labour laws 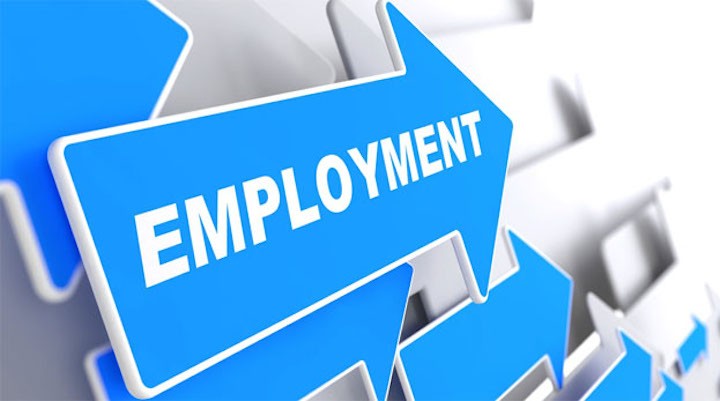 In Nigeria, labour relations are largely governed by English common law principles that Nigeria borrowed from her colonial stint with Britain. One of the notable common law principles is that of master and servant relationship of the Employer and Employee. The understanding is that the employer is always at liberty to fire his employee. He is lord and master as far as the labour relations with his employee is concerned. Hence, he can fire at will, with or without reason. He dictates the how and when an employment is determined. He is a master to himself in this regard and cannot be questioned by anyone. Once it is determined that he terminated an employment, the courts cannot compel him to reinstate such employee as the common law postulates that the court cannot force a willing employee on an unwilling employer. However, this principle appears to be eroding with the introduction of the 3rd alteration of the Nigeria Constitution and some recent judicial pronouncement made by the Nigerian Industrial courts. This Piece will make an exposition into this new jurisprudence.

An employment can be determined in two major ways; termination or dismissal. While dismissal is determination with cause and requires rigorous process of securing fair hearing of the affected employee, Termination is a determination without cause. Perhaps, this gave authority to the position that the employer need not advance reasons for terminating an employment. Should there be other influences- the fact remains that this has been the accepted position of the law and has influenced judicial pronouncements for decades. In Katto v. CBN (1999) LPELR -1677(SC), the Nigeria supreme court held so far as an employer complies with the contractual provisions, his termination of an employment cannot be faulted by the untenable reasons he proffered. In 2002, in the case of Ologunde v. Carnaudmetal Box Toyo Glass (Nig) Plc ( 2002) LPELR -12216(CA), the court of appeal held; “There are a number of decided cases (SIC) the point that there is a right to terminate, it is unnecessary to prove any reason given for the termination-as it is a well established principle of common law and of Nigeria Law as applicable, that ordinarily a master is entitled to dismiss the servant from his employment for good or bad reason or for no reason at all.” In 2016, the court of appeal once again in Ajuzie v. FBN PLC. (2016) LPELR- 40459(CA), held “Perhaps what should be borne in mind at all times is that a master can terminate the employment of his servant at any time and for any reason at all provided the termination is in accordance with the terms of the contract of employment. Usually, the motive for such termination is irrelevant and so whenever it is dispensed with in the process of termination, no eyebrow is usually raised.

There could be deciphered what appears to be apparent deviation by the courts from the principle that the employer need not give tenable reasons. In institute of Health Ahmadu Bello University Hospital Management Board V. Mrs jummal R. I. Anyip (2011 LPELR-1517(SC), Chukwuma -Eneh JSC held thus; “Although it is trite law that an employer is not obliged to give any reason for firing his servant all the same, it is settled law that where he has proffered any reason at all, it is obliged to satisfactorily prove the same as the onus is on him in that regard, otherwise the termination/ dismissal may constitute a wrongful dismissal without more.” However, the court recognized in this deviations that the employer has firing rights without stating reasons.

The Rationale behind the employer not giving a reason for termination is two-pronged. The first is hinged on the principles of contract. Contractual provisions are held to be sacrosanct as far as the relations of the contracting parties are concerned. So long as this contract is followed, the question of whether or not reason was given becomes moot. This underscores why almost every time issues of wrongful termination of employment are before the Court, the question of whether the termination flows and is covered by the contract must be answered by the Court. Hence, it is not enough that the employer has a master and servant relationship with his employee, where the termination is not in line with the contract the court would usually find that there is a wrongful termination.

The second aspect is hinged on the common law principle of master and servant relationship. Here, the understanding is that the employer being the master, should be able to determine the employment at will.

The jurisprudence of labour relations as regards termination of employment has however witnessed a paradigm shift engendered by the 3rd alteration Act 2010. The previous employer control over the “how” of termination has been bridled and the court has now accommodated international best practices in determining whether an employment is appropriately terminated rather than rely solely on the Employment contracts between the parties.

The Nigeria 1999 Constitution 3rd alteration came into force in 2010. Among the introductions advanced by the amendment is the provisions of Section 254C (2). The said section, according to the industrial Courts, accords the National Industrial Court the jurisdiction to consider labour treaties ratified by Nigeria, though they are yet to be codified by the national assembly. The norm previously is that any International Treaty Signed by Nigeria cannot constitute part of our laws unless it is ratified by the National Assembly. Section 254C (2) therefore created an exception to this rule. Section 254C (2) provides as follows “Notwithstanding anything contained to the contrary, the National Industrial Court shall have the jurisdiction and power to deal with any matter connected with or pertaining to the application of any international convention, treaty or protocol of which Nigeria has ratified relating to labour, employment, workplace, industrial relations or matters connected therewith.” In essence, the national industrial court can, and has indeed, relied on the provisions of this sections to introduced international labour best practice into the Nigeria body of laws, though they are yet to be codified into our laws as required by Section 12 of the Nigerian Constitution.

Article 4 of the termination of Employment convention of 1982 No 158 is one of the International Convention treaties that Nigeria has ratified. The Article provides that “The employment of a worker shall not be terminated unless there is a valid reason for such termination connected with the capacity or conduct of the worker or based on the operational requirements of the undertaking, establishment or service”. A similar injunction is contained in Recommendation 166 of the International Labour Organization.

Hence, it is contrary to international Labour Standards & International best practices for an employer to terminate the employment of its employee without any reason or justifiable reason connected with the performance of the employee’s work.

The National Industrial Court of Nigeria has relied on a combine reading of the constitution and the above conventions to hold that the principle that an employer need not give reason while terminating an employment is no longer good law. This started with a pronouncement of the court in 2015 in the case of Mr. Ebere Aloysuis v. Diamond Bank Plc(2015) 58 N.L.L.R 92 where the court initiated the departure from the common law doctrine.

In the more recent case of Bello v. Ecobank. Suit No. NICN/ABJ/144/2018, the Industrial Court has further re-emphasized this new position. It is however important to mention that this matter is yet to be decided by the Appellate courts.

While we await a formal pronouncement of the Appellate Courts on the new rule of Labour Relations that an Employer must give reasons for termination, it appears that this new position has come to stay. Hence, Employers and Human Resource representatives should ensure that they abide by this new procedure and ensure that not only that they give a reason for disengaging the services of their employee, such reason must be tenable as decided by the court in the plethora of cases cited earlier.

Christian Tochukwu Onuora is the Head of Startups and Tech practice in Benchmac & Ince. He is based in Lagos and can be reached at 12onuora@gmail.com