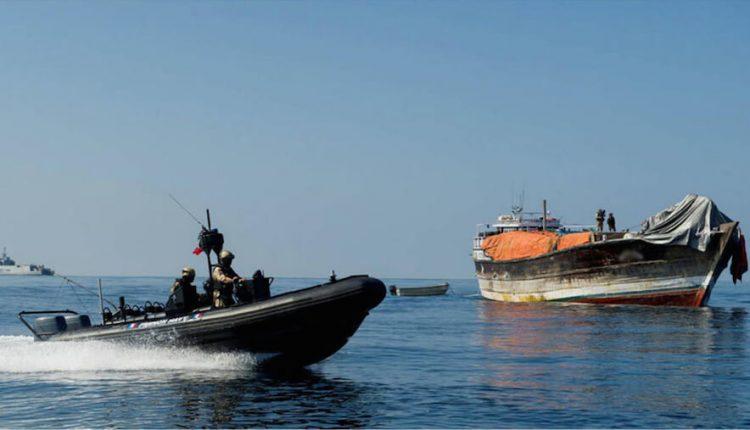 As no country is self-sufficient, interdependence by countries becomes necessary for stable and constant economic growth. Consequently, countries rely on the importation of goods and natural resources they are deficient in producing. The most common form of transporting these much-needed goods and resources is through sea travel and as such, maritime transportation plays a major role in global trade and economic growth. The safe transportation of these resources and goods by sea is, therefore, pertinent to the success and growth of global economy and trade.

The Suppression of Piracy and other Maritime Offences Act 2019

On 24 June 2019, the Suppression of Piracy and Other Maritime Offences Act 2019 (SPOMO Act/the Act) was assented to by the President of the Federal Republic of Nigeria, thus making Nigeria the first country in West and Central Africa to have a dedicated anti-piracy law. Prior to the enactment of the Act, the prosecution of parties suspected of sea piracy was stultified in Nigeria as there was no domestic statute which defined the crime or ascribed punishment for it.

The Act criminalises the offences of piracy, armed robbery at sea against ships, aircraft and other maritime craft, however so propelled, including fixed and floating platforms, cargo theft and other related maritime offences crimes in Nigeria and the Gulf of Guinea, and aids the fight against the malaise at seas on a global scale. The Nigerian Maritime Administration and Safety Agency (NIMASA), under the supervision of the Minister of Transportation, is saddled with the responsibility of coordinating all maritime activities under the Act and the provisions of the Act are to be enforced by the country’s law enforcement agencies. In relation to prosecution of offences, the Act provides that the powers to prosecute offences under the Act are vested in (x) the Attorney General of the Federation (AGF); (y) any law officer so designated from the AGF’s office; and (z) NIMASA, with the consent of the AGF, whilst the Federal High Court is vested with exclusive jurisdiction to hear and determine any matter under the Act.

The Liability of Banks Under the Act

Section 4 of the Act lists eighteen (18) maritime offences and unlawful acts at sea, which include armed robbery at sea and acts other than piracy within the Nigerian Maritime Zone. Specifically, section 4(g) of the Act addresses the liability of financial institutions for the receipt of funds connected with piracy or other unlawful acts at sea. The Act prohibits the receipt of proceeds of the crime of piracy, armed robbery against ships and other maritime offences at sea by any person or institution (inclusive of financial institutions).

By the provision of section 4(g) of the Act, it is immaterial that the financial institution had no knowledge that the funds lodged with it are the proceeds of or connected to an act of piracy or maritime offence under the Act; receipt of such funds suffices for purposes of holding the financial institution liable. Thus, it seems that the Act imposes strict liability on financial institutions with respect to the receipt of funds connected to maritime crimes. This view is bolstered by the fact that other provisions of the Act, such as Section 4(n)(i) and (ii), and (o), criminalising certain acts expressly require some element of ‘knowledge’ on the part of the offender before such person could be held liable for such acts. No doubt, this provision has the effect of exposing Nigerian financial institutions and their directors to significant liability with the attendant deleterious effect on the country’s banking sector and ultimately the Nigerian economy at large.

Generally, under Nigerian criminal jurisprudence, there must be the concurrence of the “actus reus” (the guilty act) and the “mens rea” (the guilty mind) before a person can be held liable for an offence. The only exception to this rule is strict liability offences, which do not require the mens rea of the offence to be established, which applies to section 4(g) of the Act. An argument could be made that the imposition of strict liability by the Act on banks for receiving tainted funds is unconscionable. This is because the provision, as currently phrased, makes a financial institution liable for a criminal offence even without having the mens rea for the offence, notwithstanding that the Act failed to expressly outline the circumstances under which receipt, whether directly or indirectly, would lead to culpability.

The foregoing said, it is pertinent to note that the justification for the strict liability imposed on financial institutions under section 4(g) of the Act may be hinged on the fact that banks and other financial institutions operate in a strictly regulated sector under the regulatory purview of the Central Bank of Nigeria (CBN). There are some CBN regulations and circulars, which require financial institutions to have adequate policies and procedures to counter the risk of being used as a front to conceal proceeds of crime, and implement anti-money laundering and counter terrorism financing measures adopted in progressive economies. Further, the Money Laundering (Prohibition) Act 2011 (MLPA), imposes a duty on financial institutions to conduct detailed customer and beneficial owner identification when establishing a business relationship or carrying out transactions. Again, there is also a duty on financial institutions to report in writing any single transaction, lodgment or transfer of funds in excess of N5,000,000.00 and N10,000,000.00 or their equivalent made by an individual and body corporate respectively to the Nigerian Financial Intelligence Unit in accordance with section 10 (1) of the MLPA.

There is the need for financial institutions to exercise commercial judgment and take a risk-based approach to the Know-Your-Customer (KYC) requirements. Financial institutions should put in place robust and effective screening solutions to monitor and flag suspicious activities as failure to do so could be inimical to their reputational and commercial interests; in addition to exposing them and their directors to criminal liability.