Still on separatist agitations in Nigeria 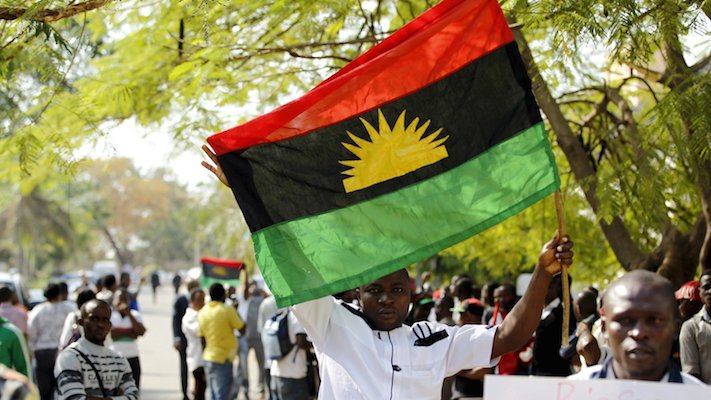 The first notable agitation for balkanization of Nigeria began in 1953 during the pre-independence debate between the Northern and Southern political leaders. The Northern elite had sought for secession in an “Eight Point Programme” adopted in Lugard Hall, Kaduna, in response to the aftermath of the Southern leaders proposed motion for self governance in 1956. The rejection of this motion was borne out of the Northerners’ fear of dominance by their Southern counterparts. At that period, it was reported that the former had limited human resources to fill up public offices.

The secessional controversy was managed till Nigeria attained political independence in 1960. A new outlook beyond mere words was given to secession agenda by Isaac Adaka Boro with his declaration of “Niger Delta Republic” on February 23, 1966. This sovereign state declaration was enforced with a militia group named “Niger Delta Volunteer Force.” Prior to the declaration, Boro had initially lamented the level of underdevelopment and total neglect of the Niger Delta communities and its people respectively despite the oil proceeds’ derivation from the region. It took the Nigerian government almost 12 days before Niger Delta Republic was reclaimed into Nigeria through coercion and bloody combat.

Moreover, the aftermath of the assassination of some prominent Northern political leaders in 1966 military coup reignited the demand for secession by Northern region through “Operation Araba” nomenclature. The call was subsequently renounced until the mother of all secession calls surfaced. All the previous calls for secession were child’s play in comparison with the 1967 secession demand that eventually led to Nigeria’s civil war, which reportedly claimed millions of lives and inestimable property. Despite this failed mission, and the scar the 1967 – 1970 civil war left behind, the clamours for secession have gone unabated.

The post-civil war clamour began in 1999 with the formation of the Movement for the Actualization of the Sovereign State of Biafra, MASSOB, by Chief Ralph Uwazurike, an Indian trained lawyer. Following the total clampdown on MASSOB, the Biafra Zionist Movement (BZM) was launched in 2010 by a United Kingdom-based lawyer, Benjamin Onwuka. Subsequently, the Indigenous People of Biafra (IPOB) formed by Nnamdi Kanu emerged as the new face of secessionist movement. At the movement, the clarion call for “Oduduwa Republic” by some Yoruba elders and youths has entered the secessionist picture.

If Nigeria’s sovereignty was questionable prior to independence and still remains the same 60 years after the attainment of political independence, the necessity for renegotiating Nigeria’s unity is unavoidable particularly with the rising tension on the perceived Northern dominance on other ethnic groups. Any prolonged attempt to downplay the need for renegotiation at this critical period would eventually consume the nation. Gone are the days when the Nigerian government had the monopoly of coercion to silence secessionist movements. All sorts of sophisticated fire arms and explosives are currently accessible on the black market.

In recent times, secessionist movements are growing stronger across the country. The agenda has transcended Biafra’s struggle. Besides the growing demand for Oduduwa nation, there are undertones of secession clamour amidst various ethnic groups. If any section takes the final step to secede from the country, the government would likely find it difficult to forcefully prevent the fragmentation of Nigeria. Likewise, the international community may have no option but to support the popular demand for secessionist agenda.

The chronological record of events that led to 1967 civil war is unfolding. If Nigeria embarks on another war, it will be a pyrrhic victory for all. Therefore, the current tension must be de-escalated through a transparent referendum for the basis of Nigerian unity. If the popular demand upholds national unity, secession clause should therefore be enshrined in Nigerian constitution as reportedly proposed by Chief Obafemi Awolowo. Another civil war must be avoided at all cost for the present and future generations!