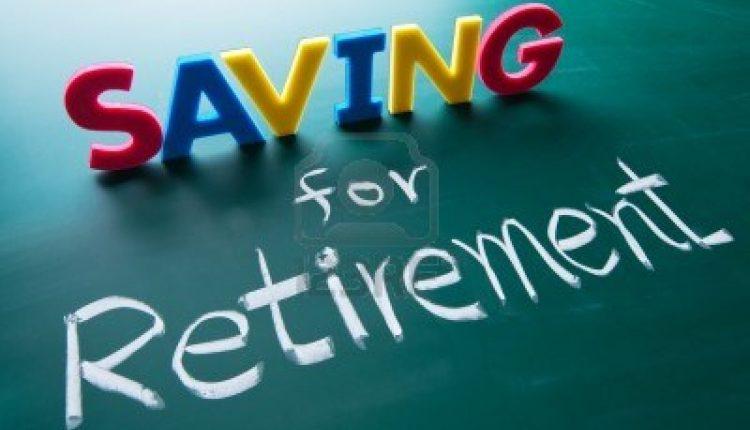 We feel the need to respond to an opinion by Olusegun Vincent published on BusinessDay’s site sometime in May titled “Compelling case for withdrawals from employees RSA”, calling for withdrawals from employees Retirement Savings Account (RSA) in order to boost the local economy in view of the COVID- 19 pandemic. Whilst we understand the reasoning behind such calls, we believe that the thinking shows a lack of understanding of the Contributory pension Scheme (CPS) we run in the country. Furthermore, we see this as an opportunity to continue on our education series to various stakeholders, because we’ve realised that a number of people do not have a thorough understanding of the pension industry in Nigeria.

The article in question essentially calls for withdrawals from employees’ pension accounts in order to boost local consumption. Specifically, the article alludes to the fact that “we have a poor consumer credit system and have no choice than to use what we have to get what we want. Since credit opportunity is not available and scarce, it is better to leverage pension savings to augment Government stimulus” – The folly of this thought process is one of solving a long-term problem with a short-term solution that creates another long-term problem.

“There are no short cuts to anywhere worth going” – Beverly Sills

While we acknowledge the hardship that has been brought upon many citizens because of the economic fallout of the COVID-19 pandemic, this is likely to be a temporary setback for most. The economic hardship of living in retirement without an adequate pension to rely on will be more devastating than whatever individuals have faced in the past month or two. Poverty in retirement is often compounded by advanced age, health challenges and the risk of longevity which could put a retiree in economic hardship for decades. The more long-lasting solution is to ensure that we build a robust and effective private credit and social security system in Nigeria that rides on the back of effective national identity.

It is also important to distinguish who can or cannot benefit from the savings in the pension scheme. The article in question also alludes to the fact that only about 8.41 million Nigerians (12 percent of the labour force) currently contribute to the pension pool. By our own records, only about half of these numbers are active and consistent contributors to the scheme. As of today, the largest segments of the contributors into the pension scheme are the formal sector workers in both public and private sector.

These are mostly workers in stable and salaried employment. These individuals are arguably the least affected by the economic fallout of the COVID-19 pandemic. For those who are affected in this category, there is already a mechanism to access a portion of their retirement savings (25 percent) if they have been out of work for 4 months. There are already talks to shorten these 4 months qualification period. The question is: when 25 percent of pension assets are withdrawn and the next recession comes, what happens? Economic cycles come and go, and viewing pension savings as a first line of defence is very dangerous. Beyond endangering the long-term viability of the scheme, it puts the long-term financial security of the contributor in jeopardy.

It is pertinent to note upfront that the Contributory Pension Scheme (CPS) we now run was established in 2004 after the passing of the Pension Reform Act of 2004 (which has since been replaced by the Pension Reform Act of 2014). This scheme is one of the signature achievements and success stories of reform since Nigeria returned to democratic rule in 1999. The scheme provides a uniform pension system for employees in the private sector who, hitherto, were largely not covered by any pension arrangements. It also significantly improved the pension experience of public sector workers who were in the past covered by an unfunded defined benefit scheme marred with fraud, stress and significant difficulties for retirees. Since the enactment of the pension reform act, we have witnessed enviable growth and stability of the system. The level of disclosure and transparency from operators and the regulator is very high. Furthermore, the accumulated savings in the scheme is unrivalled by any other pool of private long-term capital in the country.

Unfortunately, like many things in Nigeria, individuals and organisations seem to be “penalised” for doing things the right way, in a disciplined, professional and transparent manner. We seem to forget that pension contributions are not the only deductions from workers monthly salaries. Every month, by law, a certain amount of money is supposed to be deducted from the Nigerian worker’s salary – some of those deductions (8 percent of salary) go to their retirement savings accounts (RSAs) as pension contributions, others go the National Housing Fund, while others go to the government as tax. The pension deductions, in the current form, only began in 2005 while the other deductions have been occurring for longer than the pension deductions. However, unlike the Contributory Pension Scheme, there is limited disclosure and transparency regarding the total value of funds deducted, or capital accumulated, thus far. It is easy to point to the pension assets that have grown to over N10 trillion in just 16 years.

Sadly, these incessant calls for massive withdrawals from the scheme stem from the transparency with which the scheme is administered and seem to reinforce the fact that you get punished for being prudent and transparent. It is only because the pension scheme operators and the industry regulator have been disciplined, transparent, and consistent, in compliance with the Pension Reform Act that there is even a pool of funds to contemplate making compulsory deductions from (which is not permissible by the Act governing the establishment and operations of the scheme).

The total assets in the pension scheme currently stand at c. N10.5 trillion or c. $27 billion; as much as this is a source of pride to a young industry, this quantum of pension savings pales in comparison to what it should be to provide adequate pension security for retirees, or when compared to the size of pension assets in other economies of our size. For instance, total pension savings in South Africa as at 2018 stood at $176 billion.

It is also worthy to note that there is no single pension fund or account holding N10 trillion in assets. This “fund” often referred to are small balances held in several million individual savers’ private retirement savings accounts. These are private assets belonging to private individuals similar to savings accounts held in the banking system today. The same way there can be no central mandate on how to spend the total savings of citizens in the banking system; similarly, there can be no centralised mandate on withdrawal from private individuals’ retirement savings accounts.

What many also fail to realise is that the deductions from employees and employers over the last 16 years in actual fact, is close to N6 trillion, the remaining N4 trillion or so is from investment returns accumulated over time for contributors. Employees are better off by virtue of these savings, and they have something to look forward to in retirement.

The pension industry is focused on what the contributors and the economy really need and are working to make happen. Short cuts might provide a temporary fix, but always come back to haunt us in the long run. Finally, the long-term growth and sustainability of the contributory pension scheme should be a key priority for the nation. We must demonstrate that, as a country, we can enact reforms and sustain them. Our national dialogue relating to this scheme should be focused on growing, improving and sustaining it, rather than seeking to tear it down to address temporary challenges, or narrow interests, as have been canvassed recently.