Rage of Nigerian youth and the people’s power 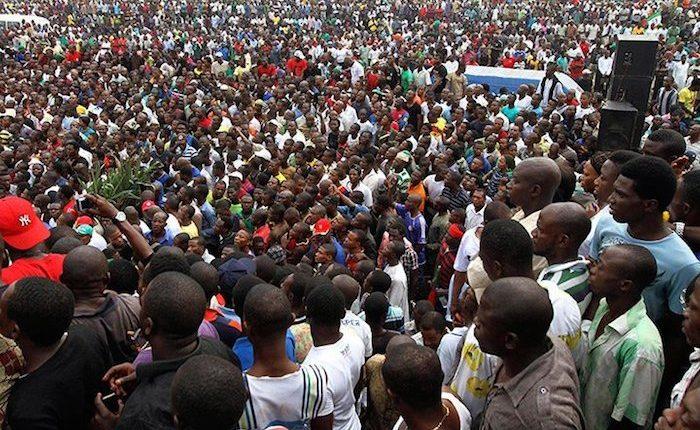 Her true-life tale of tragedy is not only tear-jerking and heart-rending but would make even the heavens to weep! The sordid story recently went viral on social media at the heat of the nation-wide #ENDSARS protests, with concerned Nigerian wondering if it could really be true. As the post relating to the unnamed lady from Enugu stated it: “Her three brothers were killed by operatives of the Special Anti-Robbery Squad (SARS) in one day!”

In fact, “One of them returned from abroad on that fateful day. She sat on the lion statue, refused to fly the Nigerian flag and cried till she passed out”. But her ordeal is one out of many of such beastly bravado from the SARS operatives to innocent Nigerians.

For the talented and beautiful Nollywood actress, Nsikan Isaac her story rings a similar terrifying tone. She is finding it one bitter pill too hard to swallow or ever forget, as she recounted the brazen brutality of policemen which led to the death of her father and brother!

Recently, she had this to state on her Instagram page: “22years ago I lost my dad to stray bullet from a police officer. 20years later I lost my elder brother to a gunshot in front of my parent’s house from the police too.”

“I am lending my voice because I have faced the pain of losing loved ones to the so-called people who are meant to protect us. I have had my silent cries but I have picked myself back up. It took a while but thank God the revolution has begun!”

On the part of iconic Nollywood actress, Genevieve Nnaji she was compelled to write a letter to Mister President. She recounted a bitter experience where her 13-year-old niece was harassed by SARS operatives simply because she had a laptop in her possession!

Without mincing words she chastised President Buhari for the sort of leadership he has provided and is still providing to Nigerians. She concluded her letter by saying that she “is getting weary and tired of being optimistic about change”.

Responding to the above-stated stories someone wrote this: “May the heavens and nature be cruel to all SARS officers involved in the killing!!!” And another admonished that: “Enquiry and investigation into the murderous activities of men of the defunct SARS must begin immediately. To be followed by all officers of the Police Force as a whole”.

The #ENDSARS protest may have come like a bolt out of the blues. But it has since spiraled across the globe, with tacit supports from celebrities such as P. Diddy, Kanye West, Drake, Trey Songz, Sean Don and Stefflon Don to mention but a few.

And coming back home it has made legends out of the fearless human rights activist, Aisha Yesufu. So also the likes of Falz, Runtown, Tiwa Savage, Paul and Peter Okoye of P-Square, Small Doctor, Odunlade Adekola, Toyin Aimaku Ajeyemi have kept the flag flying high. While Wizkid was out there in London drumming support for it, Davido was in Abuja doing same and going as far as having a heart-to-heart talk with the Inspector-General of Police, Muhammed Adamu on the way forward.

Unfortunately, former presidential aspirant and Chief Executive Officer of IPI Group Limited, Adamu Garba II, attacked the founder of Twitter, Jack Patrick Dorsey for lending his voice in support of the protest in Nigeria. But Nollywood star actress, Kate Henshaw took him to the cleaners. She tweeted: “How does it look for you to warn @jack about tweets on an app he created that gives you &I the opportunity to interact?” This should be food-for-thought.

Not left out, the world-renowned Pastor Enoch Adeboye of the Redeemed Christian Church of God (RCCG) in his support for the protests tweeted: “Our daughters will not be able to prophesy, and young men will not see visions if we don’t keep them alive. I support the youths in this peaceful protest as they ‘speak up’. So, what do all these response translate into?

Here we are, as ordinary citizens who find ourselves under a pseudo-democratic dispensation that has those in government exhibiting great disregard for the sanctity of human life by the outright violation of Section 14, (2) (b) of the 1999 constitution, as amended. Indeed, those of us lucky to be alive and safe know little or nothing about the deep pains, the swath of agony and the inner cries of relatives of the voiceless victims of terrorism, killings by Fulani herders and bandits, left behind.

We are fed up with waves of condolences, reeled out virtually on daily basis that have petered into a recurring cliché. We are always assured that: “the government is ontop of the situation” after billions have been spent on combating insecurity. But months roll into years and nothing is heard about thepunishment for the criminals again. In fact, some so called repentant killers are rehabilitated with public funds!

The bitter truth is that the swelling outrage by Nigerian youth over the senseless harassment, brutalization, extortion and killings of those caught by men of the Special Anti-Robbery Squad (SARS) is understandable. What is their crime for carrying laptops, iPhones or wearing dreadlocks?All these lead to the pertinent question: What could be the underlying reasons for setting up SARS in the first instance?

It was founded in late 1992 by former police commissioner Simeon DanladiMidenda. The major reason SARS was formed was when Col. Rindam of the Nigerian Army was killed by police officers at a checkpoint in Lagos in September 1992, later leading to the arrest of three officers.

When the information reached the army, soldiers were dispatched into the streets of Lagos in search of any police officer in sight. The Nigerian police withdrew from checkpoints.Due to the absence of police for two weeks crime rate increased and SARS was formed with only 15 officers operating in the shadows without knowledge of the army. But why descend on defenceless youth out on the streets for jobs? Something must be wrong somewhere.

As rightly noted by former Senator ShehuSanni,“The political class have for long toyed with the lives and future of our youth who were left with no option but to revolt.Systemic plunder and theft of the national resources, mass unemployment, collapse of public education… and the poor and stupendous and brazen display of wealth by the children of the rich … inflame the anger of the revolutionary youths on the streets”.

The unfortunate development is that though the government acted quickly to ban SARS, the speed with which it came up with the Special Weapons and Tactics Team, (SWAT) borrowed from the United States, as a law enforcement unit has undermined its sincerity of purpose. Hence, this has given room for lack of the basic element of Trust from the youth bent on going further with their protests.

Another worrisome dimension is the reported support for the already banned SARS by the Northern state governors. All these have opened up the cracks in the walls of our fragile unity. The way forward is to bring the former SARS operatives involved in sundry crimes to speedy justice. The holistic restructuring of this country, should follow, allowing for community policing. The time to stop further self-deceit is now.

Why is #EndSARS the hill the Nigerian government wants to die on?