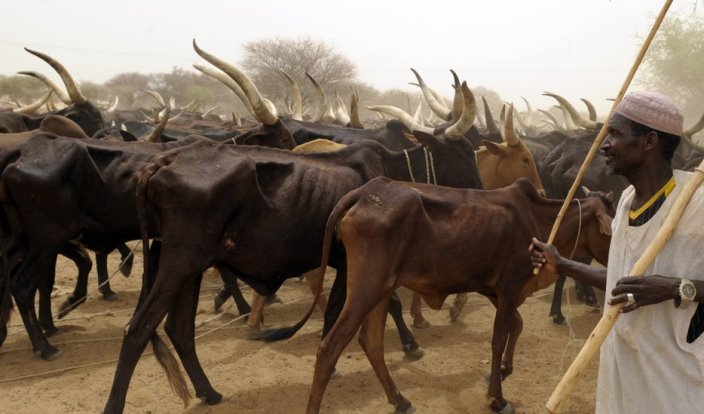 Lórí-Iró (based on deliberate falsehood or lie) is a metaphoric expression which unpacks the relationship of falsehood between Nigerian politicians and the public. Popularised recently by an Ibadan based street evangelist, Gbadamosi Ismail, Lórí-Iró is useful in dissecting the failures of social institutions in Nigeria. It reveals how relationships are consummated based on lies and culminates in heartbreaks, broken relationships, and fragile national unity. Blessed with deceitful lips, an average Nigerian politician, whether holding an umbrella or broom, mesmerises vulnerable electorates with messianic posture as harbinger of growth, development, peace and prosperity. This is the social context that characterised the ascendancy of the repackaged candidate, Muhammadu Buhari, who had been serially rejected thrice. His rejections then were anchored on electorates’ fear of voting a religious fundamentalist and a clannish lord. Those in opposition then, particularly from western Nigeria campaigned against candidate Buhari for fear of violence, clannish rule and alleged Islamisation agenda. By 2014, the opposites harmonised with assemblage of strange bird fellows and the foundation of what we experience today was laid by ambitious acclaimed leaders who failed to learn anything from history. They clothed candidate Buhari as converted democrat. Their campaign was anchored on lori-iro and they presented a false outward identity and pretended that the inward identity of their candidate was no longer important. Today, that Lórí-Iró identity is hunting the national life as fear of victimisation by bandits and terror herders envelopes the land.

The regret now is that President Muhammadu Buhari who promised to fight corruption, defeat terrorism and fix the economy has not delivered on this tripod upon which his government is mounted. Many of his statements, one of which is ‘I belong to nobody’ has come to be appreciated as Lórí-Iró based on lived experiences of Nigerians since 2015. From 2010 through to 2016, Nigeria’s best ranking on the global Corruption Perceptions Index (CPI) has been 136 out of the 176 countries. By the end of 2019 when PMB contested second term, CPI of Nigeria was 146 and nosedived further to 149 in the 2020 CPI ranking. Although the government is challenging the 2020 CPI report, the National Bureau of Statistics (NBS) 2019 study affirmed the deepening corruption under Buhari and the upward mobility of insecurity as the major concern of Nigerians. Under this presidency, might is right and criminal herdsmen are unleashing terror on farming communities, raping, kidnapping and grabbing ancestral lands. This is what I call, herdsmen nationalism.

Fulani herdsmen nationalism is the notion that the cultures of the Fulani and its herding community and their interests are superior to any other cultures in Nigeria. Emboldened by this ethnocentrism and the desire to actualise it, criminal herdsmen are strengthened with the current political capital in Aso-rock. They are energised and empowered by the consciousness that their patron is in power and the pendulum of power tilts to their side. Mouthing the narrative of having right to live anywhere as ‘Nigerians’, criminal herdsmen trample on the livelihoods of farmers, rape their women, displace them and acquire their lands. The consequences of these intended actions are food insecurity as farmers can no longer access their farms owing to fear of being attacked by terror herders and public resistance to herdsmen atrocities in southern Nigeria.

The negligence of governments and perceived pampering of criminal herders by the security agencies underlie ongoing sustained resistance and outcry against criminal herders in southern Nigeria. This is happening because our Lórí-Iró leaderships are negating the lyrical counsel preached in our national anthem that ‘living just and true’ enables a country to attain lofty heights of nationhood to build a country where peace and JUSTICE reign. Nigeria’s Lórí-Iró leaders only sing the national anthem but do not act the lyrics. While leadership at the national and sub-national levels are preaching peaceful living, little is being said about JUSTICE. Justice is the pillar upon which PEACE stands. Justice is needed for those killed, kidnapped, raped and displaced in farming communities by criminal herders. We are often reminded (based on lies/lori-iro) that we are one indivisible country even though there are obvious diversities. For instance, southern Nigeria operates Criminal Code while northern Nigeria operates Penal Code. Some states in northern Nigeria operate Sharia law with Sharia court and their enforcement agents. Whoever is found within that space irrespective of whether you believe in it or not must comply. Child Rights Act is implemented in most southern states while northern states have been lukewarm. Show me how many southerners have violated cultural and religious norms in northern Nigeria and have been spared without sanction. What then gives a criminal herder the right to migrate down south to cause acrimony and challenge local norms, values and laws governing human conducts?

Self-help is activated when government fails to live up to the constitutional roles of assuring safety of lives and properties. When nobody is sure of tomorrow or who the next victim of criminality will be, a defensible space approach becomes inevitable and this is manifested in territorial protection against perceived enemies. The mindset of criminal herders is better appreciated through the lens of Governor of Bauchi State, Bala Muhammed who postulated the theory of AK-47 defence. This governor who is a Fulani from his maternal side had hitherto asked Nigerians in a Television interview to continue to live with the realities of herders. This is why a sympathetic Fulani headed government cannot shut borders on criminal herders migrating into Nigeria to wreck havoc at the expense of law-abiding indigenous Fulani herders. Bala Muhammed informs us that the AK-47 assault rifle brandished by criminal Fulani herders is for self-defence and protection against their endangered lives and livelihoods in the forests.

If Fulani are being profiled, Sheik Gumi’s motivated trip into the den of Fulani bandits in Zamfara affirmed that framing. Gumi revealed meeting with over one battalion (1,000) of armed Fulani bandits in three locations inside Zamfara forest. He claims that the bandits are angry with their Governor but refused to reveal the reasons for their anger. His advocacy is now how to use state resources to placate bandits created by the system they run. Down south and within the same administration, harmless #ENDSARS protesters are hounded and dehumanised by security forces. This is the tragedy of the inequality in securing Nigeria— the State negotiates with terrorists and bandits but clamp down on genuine and harmless protesters. What government is saying is that the kingdom of Nigeria suffereth violence and only the violent sits with the high and mighty in government and gets the best treatment. This is a path to destruction as criminals in other zones will adopt similar approach and demand to be appeased.

False denial of the causes of this tension will escalate the raging tribal solidarity. Government should allow security agencies to perform their work professionally. Since culture of pastoral nomadism aligns with the cultures in the north, northern Governors should embrace the Kano State approach of establishing ranch while those herding in southern Nigeria should do so in compliance with State laws. Systems nurturing the growth of Fulani Bandits in the north must be reviewed and blocked. Government must check inflow of people from the Sahel region and control the flow of small arms and light weapons. The present centralised policing system cannot sustain the demands of modern security in Nigeria. Many believe in Nigeria but not at the expense of their lives as only the living has a country. Oral plea to Nigerians to embrace peace will not work without ensuring that justice is served. Otherwise, there will be rise of more insurgent citizens.

Dr. Tade, a sociologist sent this piece via Dotad2003@yahoo.com

Misinformed about the information age: The existential crisis of online social media

The lending market and the London Interbank Offered Rate: What next?

Do Nigerians really have money in Pension?