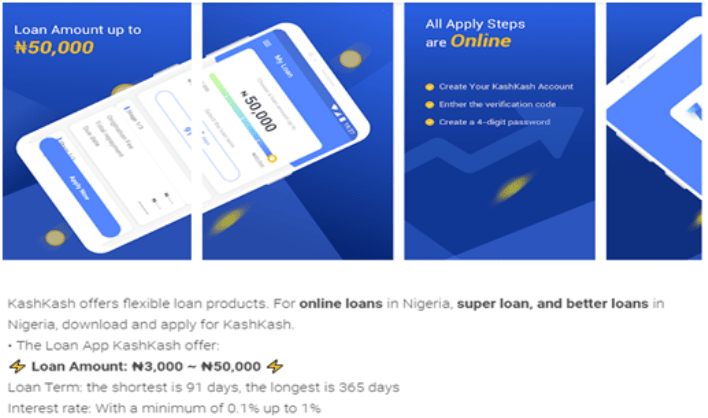 As the world suffered the impact of the coronavirus pandemic, some individuals and companies considered it the best time to exploit the poor and low-income earners. The pandemic saw many Nigerians having either job losses or a pay cut.

With the rising economic strain, individuals turned to other means of survival and some, unfortunately, got trapped in the web of fraudulent loan apps hosted on Google play store. These fraudulent and predatory digital lending apps disguise as platforms where you can access quick loans with no collateral except provision of bank verification number (BVN), name, request to permit picture and video recording, access to location, contact, media and files on device.

They also require that borrowers repay loans at astronomical interest rates to be paid within 7 – 15 days as against the 91 to 365 days claim as displayed on google play store before their app is downloaded. Upon investigation, it was found that this flouts the rule of Google play store as updated in August 2019. The updated policy reads:
“We do not allow apps that promote personal loans which require repayment in full in 60 days or less from the date the loan is issued (we refer to these as “short-term personal loans”). This policy applies to apps which offer loans directly, lead generators, and those who connect consumers with third-party lenders.”

Victims within the lower end of the pyramid would naturally seek out means to survive, as they may not be able to access loans from the bank

This rule expects disclosure of maximum Annual Percentage Rate (APR), which generally includes interest rate plus fees and other costs for a year. However, what these apps display on Google play store is entirely different from reality upon the unsuspecting users downloading the app.

With Nigeria’s high poverty rate, it is easily a target for predatory digital lenders, who find victims in desperate need of cash. Victims within the lower end of the pyramid would naturally seek out means to survive, as they may not be able to access loans from the bank.

Some of these loan apps hosted on Google play store were tracked, after receiving several complaints from victims with claims of exorbitant interests and short repayment dates. Some within 7-15 days upon date of loan collection, while deliberately delaying repayment clearance, which would amount to extra charges for the days the repayment, isn’t cleared. This is followed by threatening messages from the recovery agents who are tasked with going to any length to ensure victims make payment.

One of such digital lenders was Kash Kash, which has complaints of exploitation by customers whose issues ranged from illegal deduction of funds from their account, to deliberate delay in confirmation of loan repayment. Severe threatening messages by their recovery agents who also randomly reach out to contacts on the phone of the victim, claiming that they were included as emergency contact in a case where repayment is not done within the specified number of days.

In one instance, Adanna, a former customer said she had to delete the app out of horror and has so far made a repayment of N29,000 after borrowing N19,000 and she is still being asked to make additional payment of N6,280.

She had also claimed that the account number provided to her for repayment by one of the company’s agents did not tally with the company’s publicly known name. Digging deeper, a search on the beneficiary name ‘Supercar Universal Limited’ for the Zenith bank account that payment was made, was done at the Corporate Affairs Commission. It revealed the company was owned and operated by some Chinese nationals listed as its directors.

Opened on the 6th of February 2020, although documents were complete, licensing for financial services was issued by Lagos state government Ministry of Home Affairs, which was later found to be expired. The company secretary, which was identified as Bourne & Keystone Chambers with registration number 2177013 was only identified as inactive by CAC as seen below. 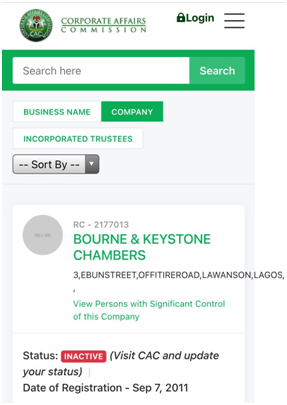 However, the nature of operations by this company, would ideally require a licence from the Central Bank of Nigeria, which the said company failed to provide. According to the Banks and other Financial Institutions Act (BOFIA) Section 58, subsection 1(a)(b), it reads inter alia; Any person wishing to carry on other financial business other than insurance and stockbroking in Nigeria shall apply in writing to the Bank for the grant of a license.

After confirmation of these suspected irregularities, a whistle blowing effort was initiated, which led to closure of the company’s bank account. To verify this, an attempt to pay a token into the account was unsuccessful as the response while attempting a transfer stated it had been closed. 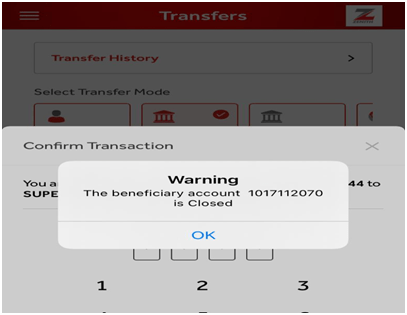 Other complaints on the app store page for this particular lender were countless. While victims reported a different reality upon loan issuance in terms of repayment duration and interest rate, Kash Kash app claims otherwise on google play store.

However, an emailed request to Kash Kash regarding loan limits, terms and conditions, brought yet another revelation. 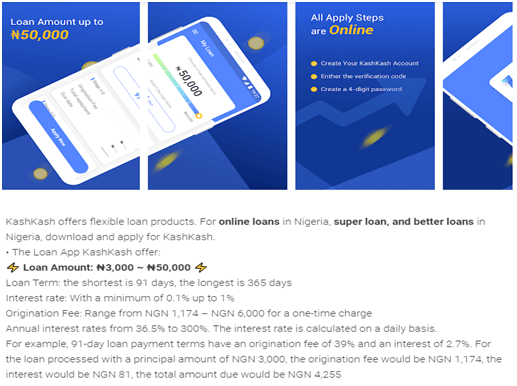 It had changed its account details to one now bearing Speedy Choice Limited 2 and failed to respond to questions regarding its interest rate even after sending a second email, which was not responded to as of this publication.

As long as suspicious companies like these exists, victims will continue to receive threatening messages, even after defaults they were not responsible for. Such messages to victims read; “1. Reporting your BVN to credit bureau as a credit defaulter 2. Reducing your credit limit on your next loan. 3. Your loan will be increasing everyday by 5% 4. you will not be able to get loan from us or any other loan company/banks again. We are giving you till 4Pm to make your payment today.”

With the constant rise in the number of Fintech companies looking to render financial services, it is expedient that they meet all licensing requirements and CBN regulations. Also, there is need for more public enlightenment especially targeted at those within the lower end of the pyramid who may seek quick cash regularly. It is important they first do their due diligence, which include a background check of any such apps, check customer feedback, board of directors, interest rates and repayment period and privacy.

Many questions still remain unanswered such as how many more of such loan apps are still operating unregulated.

David-Arinze is a business writer, journalist and communications consultant