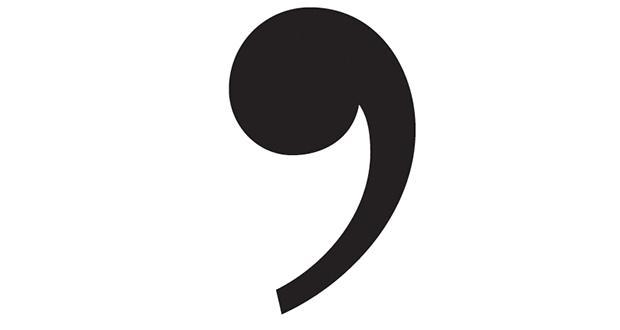 Shall we start with an analogy? Take a look at these example sentences:

With that being said, let’s consider another pair of sentence structure:

In recent times, the problem with punctuation marks is not so much that we do not know how to use them. It is, however, the laxity which comes with social media interaction that subsequently hinders people’s abilities to use punctuation marks accurately. Chat is a quasi-conversation which shares features with face-to-face communication, and many individuals assume that constant and consistent use of punctuation marks will impede the spontaneous flow of discussions. Unfortunately, an average person spends a great deal of time in reading and writing on different social media platforms, and this has dramatically affected our use of punctuation marks in official writings; hence, the poor performances in writing tasks in schools and workplaces.

Note: When the first and last letters of a word are used to form an abbreviation, one can either put a full stop or omit it. Thus, Doctor can be abbreviated as either Dr or Dr.

Conversely, a full stop should not be used for acronyms which are abbreviations for professional, business and governmental organisations: NBA, INEC, OPEC, UNICEF, etc.

Comma (,): It performs the following functions:

Joseph: Good morning, Lakunle; I trust you had a good night’s sleep.

Dash (—): This is often mistaken for a hyphen. The hyphen and the dash are not the same. The dash is longer than the hyphen, and they perform different functions. Here are the functions of the dash:

The following are the functions of the inverted commas:

Ellipsis (…): It is used when omitting a word, phrase, line paragraph, or more from a quoted passage. There are many methods for using ellipses. The three-dot method is the simplest, and it’s appropriate for most general works and many scholarly ones. The three-dot or four-dot method and even more rigorous methods used in legal works, require fuller explanations that can be found in other reference books.

Caret (^): It is used to show that something is missing from a sentence or text. What is more, it is used instead of having to cancel or cross an entire line or sentence because of a single omission.

With these distinct usages in mind, it behoves you to write well and deploy punctuation marks with clockwork precision.