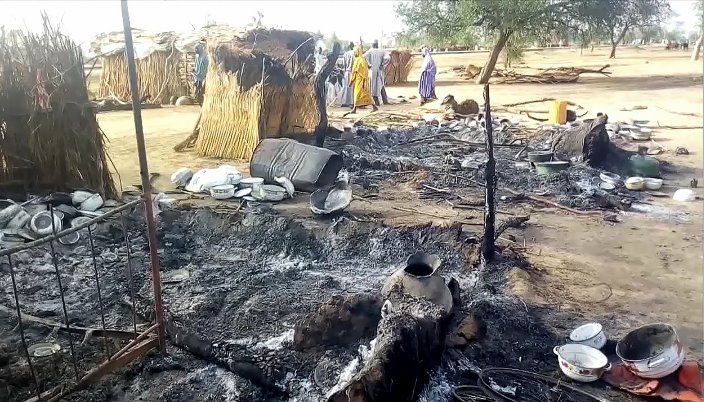 It is not in doubt that the rising insecurity in the northern region is a strong proof that President Muhammadu Buhari and the northern state governors have lost control in protecting the people, despite swearing to uphold such important constitutional duty.

The ongoing brickbat among the governors of Kaduna, Kano, Bauchi and Benue States over the reasons for the spate of banditry and terrorist attacks in Nigeria is a pointer to this fact. It tells that indeed things have fallen apart and the centre can no longer hold.

First, it was Kaduna State Governor Nasir el-Rufai who told a bewildered nation that there was no synergy among Northern states’ governors in the fight against insecurity. According to him, the governors, himself inclusive, are frustrated, almost helpless over the spate of killings and other criminal acts in the country.

Speaking when he featured on “Politics Today”, a Channels Television programme, El-Rufai said governors are just chief security officers without having control over security agencies.

“I am frustrated in my state. Many governors are frustrated in their states. We are called chief security officers only in name, but we have no control over coercive instruments of state. We’re all frustrated. We are almost helpless,” he said.

El-Rufai was quickly reprimanded by his Kano State counterpart, Abdullahi Ganduje, who accused him of being ill-informed on the insecurity affecting the North.

“In Kaduna, there are ethnic and religious issues. This is Kaduna’s issue, every security challenge in each state depends on the efforts of the state and security agents with its people. Like in Kano here, we have a harmonious working relationship with security agencies,” Ganduje said.
Ganduje also took a swipe on his Bauchi State counterpart Bala Mohammed, who had earlier defended the herders for carrying AK-47 rifles.

According to Ganduje, “Those herders travelling from the north to south should be banned. Those that are saying they should not be banned from trekking to the southern part of the country for grazing should use their children to do so.”

Bala Mohammed had earlier in another event in Bauchi stated that Fulani herders had the right to carry arms to defend themselves against cattle rustlers, but he was silent on allegations of kidnapping and rape levelled against the Fulani herders.

Interestingly, the Bauchi State governor, like his Kano and Kaduna counterparts, criticised another northern governor, Benue State Governor Samuel Ortom, whom he accused of poor handling of farmers-herders’ clashes in Benue State.

Mohammed was apparently reacting to the statement credited to Gov Ortom wherein Ortom alleged that the Federal Government’s support for armed herders was the reason for the worsening insecurity in Nigeria.

It is surprising if not suicidal for anybody in Nigeria, more especially Northern governors, to play politics with the level of insecurity in the country. In many parts of the North, farmers no longer go to their farms because of the possibility of being raped, killed or kidnapped by criminals who have consistently been identified as herdsmen.

Therefore, it is appalling that such ugly incidents would be politicised by the same governors the people elected to protect them. No doubt, some of the state governors and politicians, for political calculation and the votes they expect to win in future elections, may have decided to keep mute over the alarming development. Other political leaders like Bala Mohammed may want to protect their personal business and tribal interests, but the people who receive the swords, machete cuts and the bullets are crying out. They are not only crying out, they are also moving to defend themselves if the police, army and other security agencies fail to do so.

Suffice it to say that lack of unity among Northern political and religious leaders is the major reason for the escalation of attacks by bandits, rustlers and insurgents.

It gives the impression that the people of the north have been left completely at the mercy of armed gangs who roam towns and villages at will wreaking havoc.

Without exaggeration, people of the North have never experienced this level of exposure to criminals who attack, kill, maim, rape, kidnap, burn villages and rustle cattle, while the authorities issue threats and promises that have no effect.

The warring governors should be reminded that what the North and, indeed, Nigerians need at this time is a lasting solution, not a blame game.

Between till and tilt, the resurgence of poor customer service

Lagos and the ‘One Day Governor’ tradition