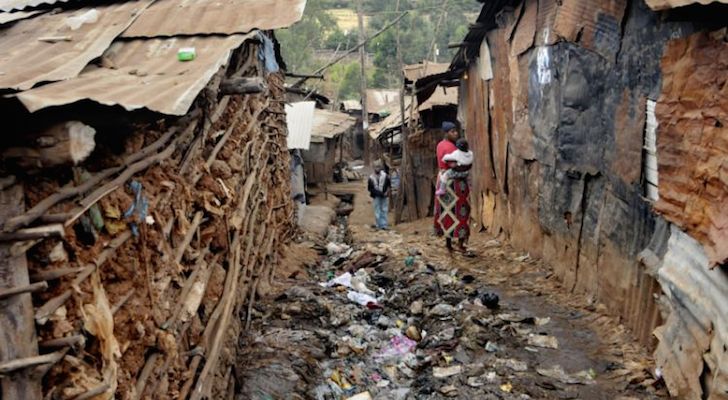 Despite being located in urban centres, their environments are characterised by blocked drainage channels, poor sanitary conditions, poor quality of buildings and they face perennial struggle to get water for domestic use. Worse still, they face daunting challenges getting qualitative health care services despite their preference for public health providers over other sources. Welcome to urban slums in Idi-Ikan (indigenous slum) and Sasa (migrant slum) in Oyo State, and Bariga (metropolitan slum) in Lagos megacity, where residents face varying challenges in health care availability and utilisation. This piece shares insights from research undertaken by the University of Ibadan Urban Health Research Team consisting of Prof Akinyinka Omigbodun, Prof Eme Owoaje, Dr. Funke Fayehun, Dr. Olalekan Taiwo, Dr Doyin Odubanjo and Dr. Motunrayo Ajisola. This research was commissioned by the National Institute for Health Research using Official Development Assistance (ODA) funding. The NIHR was established in 2006 to improve the health and wealth of the nation through research, and is funded by the Department of Health and Social Care. In addition to its national role, the NIHR commissions applied health research to benefit the poorest people in low and middle-income countries. It engages and involves patients, carers and the public in order to improve the reach, quality and impact of research, attracts, trains and supports the best researchers to tackle the complex health and care challenges of the future, invests in world-class infrastructure and a skilled delivery workforce to translate discoveries into improved treatments and services and partners with other public funders, charities and industry to maximise the value of research to patients and the economy.

These researchers spoke with residents on healthcare utilisation in urban slums to unveil the social contexts influencing availability and utilisation of health services. In these slum communities, most health care providers are unskilled, making the services they render of doubtful quality. Communicable diseases were prevalent in these unhygienic environments, evidenced by the lack of potable drinking water, open defaecation and poor waste disposal system. These poor sanitary conditions increase the risk of infectious disease epidemics such as cholera in the communities. Maternal and perinatal health problems were also commonly reported as conditions for which health care was sought. Hypertension, chronic pain and arthritis are other prevailing health challenges reported by the residents in these urban slums. The communities lack sufficient numbers of health centres and skilled personnel to handle these conditions.

This story of urban slum health conditions is better relayed by the shoe wearers who know best where it pinches. Alhaji Kazeem Yaro, is a chieftain inthe Hausa community dwelling in the migrant slum of Sasa. He explained that the cost and stress of accessing health services atpublic health facilities constrain residents to patronise unregistered healthcare providers. According to him, “you may describe those providing health services to us as illegal, but they are the ones people rush to, because in those government health centers you will still be the one to buy everything you need for treatment. For instance, if your wife wants to put to bed (be delivered of a child), they will ask you to bring this item and that item; up to the detergent that will be used, you will buy it yourself. If you calculate the stress you will experience while trying to access health care in government public health facilities and the amount of money you will still pay eventually in these health centers, and you compare it with what you will pay in unregistered places, it will not be up to half of what you will pay in government health centers or even in private hospitals”. Yaro’s position is informed by the fact that often, government publicises free healthcare. Still, it is the opposite that patients experience because public health facilities are poorly equipped and rarely meet thebasic health needs of the slum dwellers. Urban slum communities suffer exclusion from governance in terms of supply of basic health amenities as they are often overlooked in social interventions due to their location in the urban centers. This tragedy of site and exclusion is the fate of urban slum communities in Oyo and Lagos States where gaps exist in these slum communities regarding the quality of health facilities accessed by residents.

Why would urban slum dwellers suffer from infectious diseases and malaria, among others, more than other communities? Abosede Oladipupo is a resident in Idi-ikan. She stated that some houses in the community do not have toilets, and waste disposal is difficult “because refuse collection trucks cannot access the location due to poorly planned layout. This is what makes people dump waste inside drainage channels and streams”. Sadly, the public toilet constructed by the Government has been blocked and converted to trading stalls, while stench oozes out from the dilapidated toilet structure. Right beside this stench, food is cooked and sold. It isno wonder that Folorunso Elijah, the chairman of patent medicine practitioners, listed diarrhoea and malaria ascommon ailments in the community. The story is not entirely different in Sasa. Memunat Abdulahi, a woman leader from the Hausa community showed the connection between access to potable water and disease epidemic. She spoke on how cholera disturbed the community: “there was a time when cholera disturbed us in Sasa that hardly will a day pass that two or three children will not die. Government assisted us with a borehole then, but it is not enough, considering the size of the population. We still have a serious water problem in Sasa”. Another slum resident, Sikiratu Rashidat, lamented the headache residents face in Idi-Ikan before they couldget potable water. The public borehole dug years back has been malfunctioning and rarely brings out water. “Allah can bear us witness in Idi-ikan. Both children and adults suffer to get potable water. This borehole is already malfunctioning. ”

Although the study found an association between the type of slum and the health complaints presented for treatment, infectious diseases were common to all, with maternal and perinatal health issues being the least bothersome. The researchers noted that “more than three out of four residents that had complaints related to pain used formal healthcare facilities in the three slums. More than 90% of maternal and perinatal conditions were presented in the hospitals, clinics or centres, and none of the residents used a pharmacy for such a purpose.”The type of medicine vendors patronised also differed between the settlements. For instance, Idi-ikan and Sasa residents patronised patent medicine stores more than outlets designated as pharmacies while Bariga slum dwellers patronised pharmacies more than patent medicine stores. When placed side by side, health challenges presented in the slum communities revealed the environment’s influence in the onset and management of disease conditions. From the residents’ narratives, communicable and non-communicable diseases are consequences of the social context of these urban slum communities. A lot is revealed in the residents’ social-demographic variables and their pattern of utilisation of healthcare services.

In order to solve the health challenges of slum dwellers, attempts must be made to solve environmental problems occasioned by indiscriminate waste disposal, blocked drainage channels and the problem of access to potable water. Since most slum dwellers prefer to utilise formal public healthcare facilities where these are available, government needs to invest in primary healthcare centers, equip them adequately and ensure staffing with sufficient qualified personnel. However, well-resourced public health facilities with sufficient personnel will still not provide optimal outcome unless concerted efforts are made to improve the social and environmental conditions of slum communities that trigger disease conditions. Community leaders must ensure that residents properly manage their waste generation and disposal, and stop dumping them inside waterways or drainage channels. On the government side, sanitation programmes with enforcement should target slum communities, while boreholes and other sources of potable water should be made available to reduce water-borne infections. Doing these will improve environmental health, and reduce ill-health and the associated negative consequences in urban slum communities.

Dr Tade, media consultant on the project sent this piece via dotad2003@yahoo.com