For Nigeria, the chicken has come home to roost 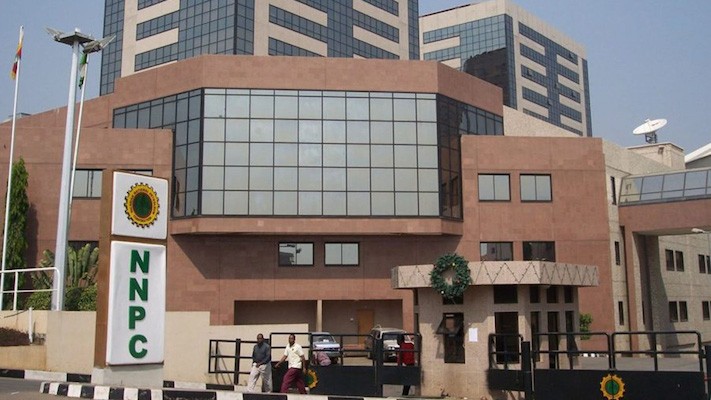 NNPC, the national oil company, is Nigeria’s cash cow. On Monday, April 26, the NNPC said it will no longer be able to remit even a kobo to the federation account for the period of April to June of 2021.

Its two-page letter addressed to the accountant general of the federation is a grim reminder of the many warning signs that Africa’s most populous nation is in a terrible fiscal strait. How bad is the situation or how worse can it get?

Let’s start by looking at the letter from the national oil company.

“Further to our previous correspondences on the above subject, we wish to advise on the projected remittance to the federation account for the months April (May FAAC) to June (July 2021 FAAC).

“The accountant general of the federation is kindly invited to note that the average landing cost of premium motor spirit (PMS) for the month of March 2021 was N184 per litre as against the subsisting ex-coastal price of N128 per litre, which has remained constant notwithstanding the changes in the macroeconomic variables affecting petroleum products pricing.

“As discussions between government and the labour are yet to be concluded, NNPC recorded a value short fall of N111,966,456,903.74 in February 2021 as a result of the difference highlighted above. Accordingly, a projection of remittance to the federation for the next three months is presented in the attached schedule.

“Accordingly, the AGF is invited to note that the sum of N111,966,456,903.74 will be deducted from the April 2021 oil and gas proceeds due to the federation in May 2021, which will translate to zero remittance to the federation account from NNPC in the month of May 2021. This is to ensure the continuous supply of petroleum products to the nation and guarantee energy security.” The letter was signed by Umar Ajiya Isa, NNPC’s chief financial officer.

The sum total of the meaning of this letter is that the amount of N111.9bn which would have gone into the federation account for sharing by the three tiers of government, has been swallowed by the bogus petrol subsidy regime.

At a time the federal government’s deficit has risen to over N4.5 trillion for 2021 alone, this letter from NNPC is not only a heavy blow, it is also clear evidence of how the crisis the nation now faces is self- inflicted.

The last time, finance commissioners from the 36 states gathered in Abuja, they along with the federal government took home N600bn. The next time they convene, they could be going back with a whopping 25% less. That will be catastrophic. It is a fiscal tsunami of unprecedented proportions heading the way of the states and local government.

How did Nigeria get here? The path to this crisis was never blurred or shrouded in any darkness. When President Muhammadu Buhari was first elected in 2015, he railed against the opaque petrol subsidy regime of the previous administration and said he needed time to understand the operation of Nigeria’s unique subsidy system. But his government soon fell into the trap of yet another opaque system for managing subsidy payment called “under recovery”.

This meant NNPC could recognise this as part of its cost of doing business in which case there would no longer be need for an appropriation by the National Assembly. Intermittently, he tried to implement a form of deregulation of the downstream petroleum sector by moving prices at the pump closer to market rates but the plan and its implementation have been bedevilled by poorly and lack of will to make painful decisions.

Last week BusinessDay published a groundbreaking report saying the delay by the federal government to end the controversial petrol subsidy regime as well as other long awaited fiscal and monetary reforms were paving the way for a fiscal crisis.

This failure meant that nearly two hundred billion naira is locked out of the FAAC allocations every month, according to investigations by BusinessDay economic analysts.

In the Nigerian context, states are so poor they cannot pay workers’ salaries or make the needed investment in the future of their citizens by way of meaningful capital expenditure. In fact the finances of the states and local councils are getting weaker while the federal government regularly provides them with bail out.

By official estimates, it costs Nigeria between N80bn and N100bn monthly by way of the so-called “under recovery”, a new term to describe the unappropriated funds with which Nigeria’s national oil company covers the cost of petrol subsidy each month.

Another reform which can significantly raise the purse available for distribution by the tiers of government is the rate at which proceeds from crude oil export, royalty, petroleum profit tax and dividend from NLNG is converted to the local currency.

That conversion of oil proceeds to the local currency is done today at between N389-N400 a dollar. By simply moving this to a mean of N450/$1 , the allocation account of the federation could swell by anything from N80bn to a high of N100bn each month given rising crude oil prices.

There are Nigerians in and out of government who say deregulating petrol price will lead to more poverty in the country where 40 percent of the people are already living below the poverty line of N385 a day. However, strong as their case may be, pricing petrol at such ridiculously low levels fuels the astonishingly high rate of smuggling across the borders and ensures that governments across the country do no more than just pay salaries of civil servants monthly.

The case can be made that the federal government should not be the one making the decision of what the other tiers of government can and should do with their portion of the subsidy budget. Some states may choose to invest their share in providing health insurance for their people or build badly needed infrastructure instead of buying petrol for them as the latter benefits only the well to do who can afford cars.

On the adjustment of the Naira, some argue that moving the local currency towards a market determined rate of N480 to the dollar will lead to a further spike in inflation and that prices will go through the roof.

However, a look at the blended rate which leading firms use for pricing their inventory replacement shows that while they used the rate of N360 to the dollar in January 2020, manufacturers were applying the rate of N470-N476 to the dollar as of January this year.

The movement in the effective rate clearly shows that manufacturers in Nigeria get a significantly higher portion of their FX requirement from the parallel market as confirmed in a survey undertaken late last year by BusinessDay. But perhaps more importantly, the manufacturers already assume an exchange rate of more than N450 for pricing their goods. The reality is that the price of consumer and capital goods in the market are determined by the actual cost incurred by importers and manufacturers, and not determined by government rates.

Fuel subsidies in Nigeria are enormous according to the UK-based International Centre for Tax and Development, ICTD which has done a comprehensive study of the matter. At last estimate, the state subsidises petrol to the tune of $3.9 billion a year – more than double the entire health budget.

Such subsidies come at great cost: the opportunity costs of such spending on other development objectives are large; the distribution of resources to the state governments is reduced; the vast majority of the subsidy goes to better-off Nigerians; and cheaper petrol encourages greater pollution, congestion and climate change.