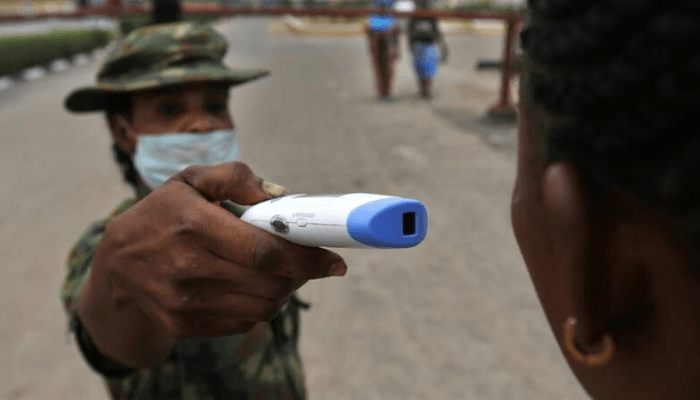 Take it or leave it, Covid-19, the 21st Century monster, is causing the entire world anxious moments as no terrorist organization has ever done.

The number of people who have died as a result of the pandemic globally has now exceeded 20,000, with more than 432,000 infected in 158 countries.

This shows the massive impact the virus is having on the world. It has found a foothold on every continent except for Antarctica. Thousands of flight has been cancelled, music and sporting activities postponed and in some cases entirely cancelled. Some nations have been on lockdown for weeks, and yet, respite seems out of sight.  On Wednesday, March 12, 2020, the WHO declared the novel coronavirus outbreak a pandemic.

As it was with most Africans, Nigerians did not originally bother about the plague until a certain Italian arrived Lagos on February 24th via Milan, and ever since the centre no longer hold. Individuals hitherto thought impregnable now stand at the mercy of the rampaging virus.

It is not surprising that Lagos, being the most populous state in the country and the nation’s centre of commercial activities, has been the epicentre of the coronavirus outbreak in Nigeria.

Fortunately, the State has prepared for the virus. It has been building capacity steadily for any biosecurity threat. The State’s biosecurity facility, a level 3 laboratory, one of the very few in the continent of Africa with modern design, can handle very dangerous pathogens. The State government has been working tirelessly to curtail the virus from spreading. It has made an effort in tracing over 2300 people that were exposed to infected persons. This is no mean feat, as the battle to curb the virus from spreading continues.

Cheerily, the Italian who imported the infection into the country has been discharged after weeks of intensive care while six other patients are allegedly on the verge of being given a clean 7bill of health.  Reports say the Italian appreciated the exceptional care and support given to him by the staff of the Infectious Disease Hospital, Yaba and members of the Emergency Operation Centre (EOC). He also consented to donating one unit of white blood (plasma) which is rich in antibody proteins that target coronavirus.

Still, the Lagos State government didn’t relax on this feat as it pronounced the shutting down of all schools and markets in the State. Currently, public gatherings of more than 20 stand suspended while the State Public Servants from GL 01 -12 now work from home. The rapid spread of the pandemic necessitated all the precautionary measures.

This is wise, considering that the virus spreads faster when a person infected with it is exposed to a large group of people. Lagos is densely populated with over 20 million people and the virus can spread fast if not strategically contained.

According to WHO Chief, Dr Tedros GhebreyesusIf “if countries detect, test, treat, isolate, trace and mobilize their people in the response, those with a handful of novel coronavirus cases can prevent those cases becoming clusters, and those clusters becoming community transmission”.

So far, the level of preparedness and efforts of the Lagos State government in curtailing the spread of the COVID-19 Pandemic has been widely applauded.

Government has aroused the consciousness of residents on the symptoms and preventive measures to take in avoiding the disease. It has also fought the scourge of fake news and rumours as it gives daily updates on the virus.

Just like the case with the Ebola virus in which months later, the country was declared Ebola-free, with WHO hailing a “spectacular success story” and commending authorities for their “effective coordination of the response”, we might soon be on course of yet another remarkable victory.

However, Lagos residents and, indeed, other compatriots need to fully come to grasp with the reality of this deadly virus. It is rather awful to note that many still carry on as if it is all a joke. People still congregate without regard to the social distance policy. Some bars and markets still carry on with business as usual.

In South Korea and Singapore, it spread largely through organized gatherings. From the experience of a few nations that have successfully curtailed its spread, strict adherence to social distance rules clearly played a huge role.

Thus, the need to shun all forms of large gathering, and even stay at home, where possible, cannot be over-emphasized. This is the most effective way to break the circle of transmission. This has worked quite well in a few places. The virus transmits rapidly where there are a large cluster of people.

Certainly, this tough time shall also pass. As Governor Babajide Sanwo-Olu rightly affirmed: “We have overcome more challenging situation in the past, and we shall surely surmount this also”. But then, we need to be on the same page with the government and other critical stakeholders by observing all rules and regulations. God bless Nigeria.

Ogunbiyi is of the Ministry of Information and Strategy, Alausa, Ikeja

Premier League to resume behind closed doors in July

COVID-19 and reflections for opinion research