Climate and gender equities: Two most important issues of our time 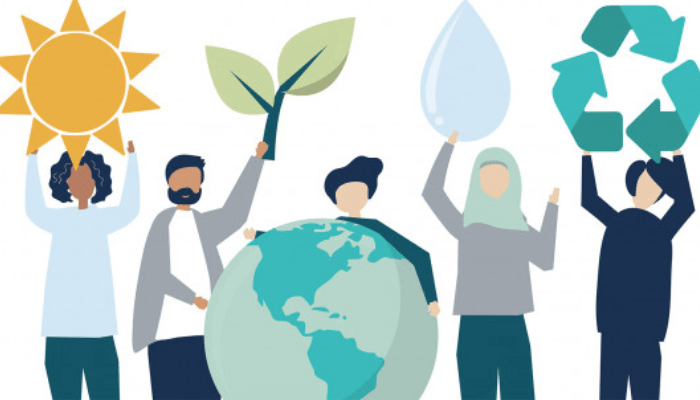 Africa exists as a paradox. On the climate front, the continent contributes little to the world’s changing climate but pays the highest price globally. On the gender equity end, climate change is another variable intensifying gender inequality and the challenges to women’s leadership on the continent.

But if a different story can be told about the continent and the transformative solutions it offers the world, Africa Soft Power (ASP) and African Women on Board (AWB) are already shaping it.

In September, both Africa-led organisations hosted an array of Africa’s and the diaspora’s brightest minds and influential leaders to a series of purposeful conversations alongside the United Nations General Assembly (UNGA) 2022, in New York, USA.

Rajakumari Jandhyala, CEO/MP, YAATRA Ventures and former deputy assistant administrator for Africa, USAID, was passionate about Africa becoming the leading producer of human capital going forward. “Our mindset should be about being the producers of the next-generation wealth and if we would achieve this, it would be driven from the continent. The producer of the next human capital, the next carbon credit market or even source materials required for international supply chains, can all come from Africa if we embrace an inclusive approach,” Rajakumari said.

For Raymond Gilpin, chief economist and head of strategy, analysis and research, regional bureau for Africa, UNDP, inclusion is the focus of climate action on the continent. “We are not going to take Africa into the future if we don’t have energy solutions that reach all demographics. And while there’s a sense of urgency about this, we have a significant opportunity to redefine development for all on the continent,” Raymond said.

The position that opportunities lay within the continent was also supported by Njack Kane, CEO, Intervalle Geneve SA & board member, John A. Kufuor Foundation, who acknowledged that, “Climate change is a reality and the crisis around it is a wake-up call. We have to start a journey – one of creating value on the continent. And at the same time, we have to ensure our food security and we have to create innovative ways of managing our resources.”

However, harnessing these opportunities requires collaborative effort and mainstreaming African thought leadership – concerns that ASP and AWB have since recognized. Since its inception, ASP has focused on incorporating vital and often still unseen African perspectives into the global conversation.

In May, 2022, ASP convened an all-star cast of industry leaders in Africa’s creative, cultural, and knowledge industries in Kigali, Rwanda, for three days of impactful conversations – laying the ground for strategic partnerships and alliances between stakeholders while announcing May as Africa Month, going forward.

For its part, African Women on Board (AWB) works at the intersection of the private sector and civil society; consistently pushing to ensure that the narratives of African women and girls inform development models on the continent and beyond.

ASP and AWB recently partnered to launch the ‘Road to 100 Million Climate Soldiers in Africa’ project. Nkiru Balonwu who leads both organisations said, “We have specifically designed Our climate change literacy and advocacy project to educate our own people on the dangers of the changes to our everyday lives that are coming. But even more than that, we know that Africa represents a massive, young, and passionate community, and we want to mobilise that energy so that the continent can become the biggest advocate for climate solutions on the planet!”

Semhar Araia, head of diaspora policy – Africa, Middle East & Turkey, Public Policy, Meta, agreed with this position during the event’s session on African women’s leadership. “Time and time again, Black women are usually, in more cases than not, the ones coming with the solutions to serve everyone,” she said.

Only a day before the event, Csaba Kőrösi, president of the 77th session of the United Nations General Assembly, while calling for inclusive governance in the newly created UNGA Platform of Women Leaders, had told a group of women heads of state and government about the transformative nature of women’s leadership. Csaba submitted that integrating the views of diverse women, especially at the highest levels, could help governments effectively tailor and target solutions to those most in need.

Concerns over inadequate resources and opportunities for African women remain an important part of international discourse. Despite these challenges, Susan Chapman-Hughes, Independent Director, Toast Inc. & Fmr. EVP, Amex, maintained that African women have been exceptional, considering the resources available to them. “ The person who gets the least amount of resources is (usually) the person who can solve the problem the fastest,” she said.

Sharing similar sentiments, Akunna Cook, former deputy assistant secretary of State for African Affairs, acknowledged the gain from increased connections between Black women in the diaspora and Africa. “Africa is the future. I think we all recognize that we are living in an African century and its African women who really drive that future. So, focusing on those women, focusing on the issues that will create opportunities for them is the way to ensure that we have a bright and prosperous future for everybody on this planet. I am really excited about the possibilities for growing the connections between Black women across the diaspora – whether that is in the space of music, television, film or finance, housing, climate change,” she said.

“The aim is to put together the right structures to invest in black women and their brilliant and creative ideas. A simple why is because they know what’s up”, said Norma Jean-Straw, Senior Program Officer, Gender Equality, Mass Media Partnerships at Bill & Melinda Gates Foundation. “We tell our clients – ‘When investing in Black women, you need to listen first because they know where these investments should be best placed and then invest,’” added Katie Harrison, co-founder/partner, WRTHY.

In the evening’s only fireside chat – focused on investing in Africa – Chinelo Anohu, who leads the Africa Investment Forum, spoke about the shift from mere conversations to decisive action: “We are distilling the conversations into projects, which will enable us to channel funds to where they are actually needed. Unless we come together to scale, we are not going to get the development necessary for projects.”

ASP isn’t done yet though. Taking the opportunity, Dr. Balonwu announced that the second in-person edition of the Africa Month Summit would return to Kigali on May 23rd to May 27th, 2023 “with visionaries, thought leaders, influencers and pioneers convening around Africa’s rich history, culture, and dynamic contemporary industries within wider global conversations” setting the stage for the organization’s global vision and plans for African thought leadership. She also shared that the women’s leadership session – a popular component of last year’s summit – would be expanded into a full-day event.

Isaac, a strategic communications consultant with passion for telling unique African stories of growth and innovation, writes from Lagos