When the Central Bank of Nigeria (CBN) mooted the idea of the eNaira in 2017 as part of the CBN Governor, Godwin Emefiele’s initiatives to strongly position the national currency in the digital space, not many believed it would sooner become a reality nor certain about its operational efficiency.

However, dedication, commitment and time have proven the CBN Governor and his dedicated team right in their vision of placing the Naira in digital currency map.

Working in concert with its technical partner, Britt Inc., a world acclaimed Fintech expert, the CBN seamlessly launched the eNaira, which enlists Nigeria among the very few Fintech- driven countries of the world.

The introduction of the CBDC became expedient given the significant surge in the use of digital payments and expansion in the global digital economy. Global trends indicate that over 85 percent of Central Banks are now considering adopting digital currencies in their various countries.

The benefits of the CBDC are manifold. When fully operational, it is expected to accelerate financial inclusion, foster cheaper and faster remittance inflows, drive targeted social interventions, as well as bring about improvements in monetary policy effectiveness.

It will also impact the payment system’s efficiency in terms of fast, cheap, reliable and available channels supportive of the digital economy and improved economic activities by simplifying and increasing cross border payments and trade. 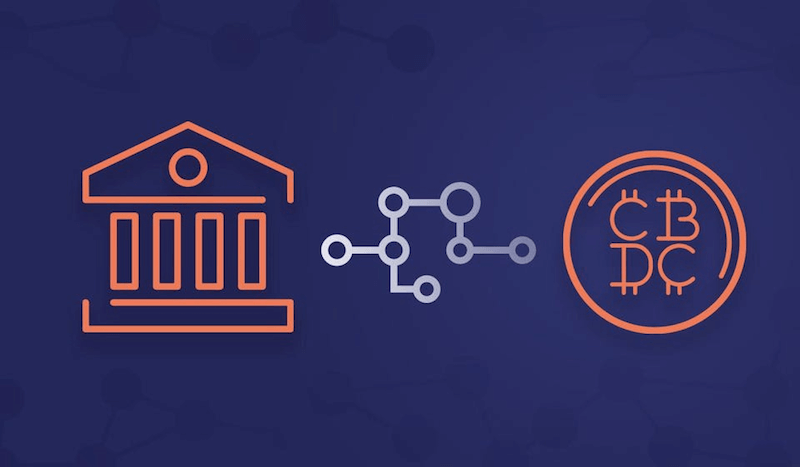 The other areas that would be impacted are the acceleration of inclusion of those hitherto excluded in the financial system and ease in tax remittance and collection to support the country’s growth, among others.

At the launch, President Muhammadu Buhari raised optimism that the eNaira is estimated to increase Nigeria’s Gross Domestic Products (GDP) by $29 billion over the next 10 years, and targets enhancing seamless business and socio-economic transactions across borders, covering unbanked geographical areas. With this, financial inclusiveness will further be stimulated.

The eNaira leverages the blockchain technology being used by cryptocurrencies, but unlike cryptocurrencies, eNaira is issued and regulated by the Central Bank of Nigeria which is backed by Section 2 of the CBN Act 2007.

In this case, the CBN is the issuing authority of all forms of Naira just as it is also responsible for determining the technical, regulatory and operational standards for the eNaira. The eNaira and cash are all variants of the legal tender and either or both can be used to carry out transactions as the situation demands, but the distinction between them is that the eNaira is a digital form of a legal tender.

Further strengths of the eNaira are drawn from the facts that it is held and managed on a distributed ledger – the eNaira wallet – which is a digital storage that holds the eNaira and is required to access, hold and use the digital currency. To transact, there is no intermediary like banks as is the case in other online transactions rather, it is only between the persons involved. It guarantees instant settlement and 99.9 percent service availability and reliability, low charges, absence of dispensing errors and no reconciliation issues.

According to the regulatory authority, the CBN, the eNaira is designed to circulate side by side with Naira paper with each not intending to replace the other. The apex bank has further assured that the eNaira has inbuilt safe and secured cryptographic techniques against counterfeiting, cloning, and other forms of attack. In addition, the eNaira has been designed to ensure data and user privacy just as there are operational policies and procedures in place to protect users’ identity and privacy.

The launch of the eNaira has attracted commendations from many experts who also advised on the need to ensure sustained security and efficiency of the CBDC. According to Uju Ogubunka, a former Executive Secretary, Chartered Institute of Bankers of Nigeria (CIBN), the novel initiative is a reflection of how much the digital currency is recognised globally as a medium of exchange.

“The launch of ours is to meet the country’s digital currency needs, considering that our economy is the largest in the continent,” Ogubunka said, further charging the Federal Government to ensure that Nigerians get used to the electronic wallet as quickly as possible. He also enjoined the apex bank to intensify public enlightenment on the need to embrace the use of eNaira.

On his part, the Chief Executive Officer, Espera Global Corporation, Glenn Prince-Abbi, applauded CBN for the foresight and noted that eNairs is particularly good for the nation’s economy as the world is becoming borderless. “Almost every commodity is becoming virtual including currency which is a medium of exchange. The innovation makes the currency more flexible and it is the way to go for the future”, he stated.

Speaking on the launch of CBDC, Johnson Chukwu, CEO, Cowry Asset Management Limited, noted the growing trend of central banks now having digital currencies. He explained that the digital currencies are the same thing as currencies issued by Central Banks but in a digital/virtual format that is also used to store value and as means of payment. He further explained that it is backed by the good faith of the Central Bank to the effect that for every unit of it one holds, the Central Bank can give the equivalent of physical Naira or any other form of exchange for that currency.

He allayed the fears of possible use of it in funding illegal transactions like in the case cryptocurrencies. In this regard, Chukwu explained that the digital currency is backed and managed by the Central Bank and that users are traceable, meaning a minimal possibility of using it for illegal transactions. He also gave insights into the differences between eNaira wallet and bank account and why those who already had bank accounts should go for the eNaira wallet account.

His words: “The difference is that with an eNaira wallet account, you can effect transactions instantaneously. You do not need any of your banking instruments like your Cheque or debit cards to effect a transaction. But with your wallet, you can make payment to a merchant, you can effect person to person transfer or peer to peer transfer, you can make payment to any other service provider and then you can transfer money back to your bank account.

“You are not held back by the normal instruments of a bank account, which means you need not have your Cheque or ATM card to be able to make transactions. So, that’s the key difference. You have a faster speed of execution of transactions. And then you have the fact that each executed transaction is conclusive.

“There is no problem of reconciliation. You know sometimes when you make payment with your POS, you have an issue of; I have not received the money, the other party has not seen it or that it is hanging and you have been debited. But with eNaira you won’t have this problem because immediately you execute it, it is received by the other party.”

Chukwu further explained that the eNaira will be matched with the Naira, meaning, one eNaira is equivalent to one Naira thereby achieving parity. This, he noted, enhances financial inclusiveness.

Hybrid threats and the future of supply chain management

Desecration of Bishophood amid political rascality