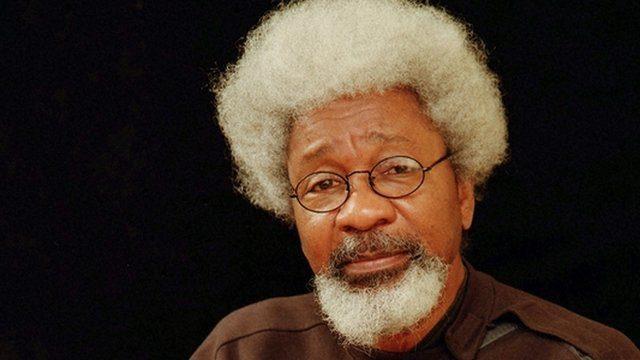 Africa’s most iconic literary maestro and one of the world’s most influential citizens is 86 today. With his ageless physique, it is almost difficult to acknowledge that our own Oluwole Akinwande Soyinka, affectionately called KONGI by his numerous admirers, is 86! Even though 86 might not be a remarkable milestone, it was in 1986 that the Nobel Prize came, hence the reason for this remarkable reckoning and why it’s worthy of celebration.

For me, WS is not the unfathomable mystery that many perceive from a distance and he is not the mythological pantheon that exists in the realm of the gods in the imagination of many. He is a mentor, a role model and a thought-leader with whom I have had the rare privilege of sharing a great moment of significant historic importance in my life.

Even though I had known Prof. Wole Soyinka since my days in Nigeria as a young man before I left for the UK, our path crossed in 1994 while I was living in the UK, shortly after the completion of my doctorate degree. My familiarity with WS however preceded our opportune encounter. My first interaction with him was in his memoir, The Man Died which I first struggled to grasp in 1975. While the motif of the book was a seductive topic of interest, the inscrutably elevated language and discursive point of view of the book made it a hard nut for me as a ten-year-old. Since then, I have not only read all his other writings I have come across, I have gobbled them with obsessive enthusiasm. His writings and public advocacy for good governance, social justice, democracy and freedom had always made him a distant godfather and constant mentor whose association I had deeply coveted.

An opportunity happily came my way in 1994, when Prof. Soyinka who had become familiar with my work as a democracy activist in the UK through the New Nigeria Forum and its journal, Nigeria Now which I edited, and through my friendship with his son, Olaokun Soyinka, invited me to be part of the newly established National Liberation Council of Nigeria (NALICON) as Director of Communications.

Even though my initial attitude to the NALICON was mixed, I jumped at the rare opportunity to work closely with Africa’s only Nobel Laureate in literature. I had reasoned that his international reputation, connection and clout would greatly enhance our struggle for the return of democratic order in Nigeria. And I reasoned right! As I indicated in my memoir of the exile years, “I came close to being labelled a passionate enthusiast and defender of the Soyinka mystique, especially having shared his worldview of the Nigerian struggle as one between authoritarianism and democracy, and not purely an ideological fixation between socialism and capitalism” (Fayemi, 2005:210). Throughout his living in exile in the 1990s, I worked closely with him on numerous projects – the most popular of which was the Radio Freedom and Radio Kudirat initiative.

There is no doubt that I have always shared an ecumenical ideology and kindred spirit with Kongi. His natural spur to resist oppression, instinctive spontaneity to defy authoritarianism and his impregnable commitment to civil liberty makes him my natural ideological mentor. In both the youthful and sagely Soyinka, there has been a consistent resurgence against brutality and inordinate absolutism. As he often opines, “justice is the first condition of humanity”. His resentment against state terror and abuse of power burns like the inferno of the mythical hade.

For WS, humanity and its happiness are the tunnels through which he travels his mind in the visualisation of social problems. Anything that denies man his inalienable rights, is for Soyinka, an abhorrent act that must be condemned in the strongest terms. He is predictably obdurate and conscientiously unapologetic for his repetitive fidelity to the triumph of human freedom, primacy of his liberty and elevation of his essence as the sole creed that all gods must serve.

His temperament rejects every iota of practices that suborn human happiness. Even in his old age, he continues to prick the conscience of the nation with penetrating homilies that poke a revelatory finger in the nose of public decadence. WS is that bitter remedy that purges a poisoned belly of its troubling constipation. His corrective words are like the surgical knife that cuts out the malignance of a petulant lesion.

He is classical in all aspects of his artistry. For some and for his obscurantism, he is the African Homer; some others say he is the ultimate Aristophanes; some even think he is the rebirth of Socrates and not just for the accident of initials, WS is our own William Shakespeare and John Milton rolled together. He is the agglutination of literary reincarnation of the best that history can recall. He is WS and he is incomparable with any other.

Like his ancestral forebears, WS untiringly rages against the foibles of governmental chieftains and their foreboding delinquencies. He has spoken vehemently against the cowardice of intellectual ambiguity that continues to indulge veneer characters in public places. For him, no space must be yielded to the debauchers who gorge the nation’s wealth and fritter its assets in the realisation of their gluttonous hedonism.

Soyinka is impatient with the loud silence that punctuates clear cases that should strike a thunder of mass anger. For him, until the obscurity of silence gives way to visibility of voices, any unexplained configuration about the existence of Nigeria will remain an empty indoctrination that serves the hypocritical cowardice of the nation’s power barons.

Soyinka is a patriot who has used his innate talent to serve humanity at every opportunity. His radical posture has come handy in dangerous times when only men of sterner stuff could stand. In 1967, he was imprisoned because of his audacious antagonism to the genocidal assault that the civil-war represented. Before then, he had intruded a radio station in Ibadan in 1965 to frustrate the broadcast of an electoral heist that was meant to entrench an unpopular government. The “Man” lives in Soyinka like the ageless Olumo Rock. His stout courage, broad repository and undeniable conviction radiates his writing in plays, fiction, poetry, essays and public interventions. He uses the power of words to carry out corrective surgery and as a righting atonement for the transgressed.

When he chooses his object for critical scrutiny, he deploys the elegance of humour and the pettiness of satire to disrobe the social psychopaths wherever they might be.

Soyinka is spiritual but not religious, ideological but not bigoted; for, he could not submit his intellect to the whimsical machinations of another being. He acknowledges, as he found out through his teacher, Bonany Dombree, that all spirituality sprouts from the relationship between nature and man and that the quest to create a meaning for its inscrutable foundation gave expression to the concept of deity. Thus, Soyinka’s spirituality is in the primacy of humanity and the pursuit of universal egalitarianism; this, I think, is the basis upon which his ideas of the ideal are anchored. No wonder he remains a respectable voice for human advancement in the global arena.

Even though Prof. has been an unsuccessful politician in the narrow manner success in politics is defined, his contribution to the political development of Nigeria is undeniable and inspiring. Apart from constantly being in the trenches for the enthronement of democracy and rule of law, he has floated a political party in the past to advocate a set of political ideas that he believed could provide an alternative answer. More importantly, Soyinka has been one of the public moral giants who continue to point the nation to the path of rectitude in politics, constitutionalism, justice, equality and good governance. His life has been a watershed and a blessing in every aspect.

On behalf of my wife – Bisi who adores him, the Government and the good people of Ekiti State, this is wishing the iconic Nobel Laureate, an esteemed mentor and a humanist extraordinaire, a happy 86th birthday. Long live, Eniogun. Long live Prof!

Fayemi, CON is the Governor of Ekiti State