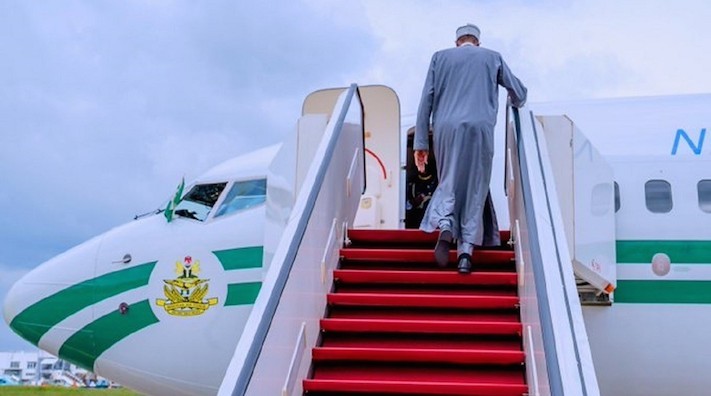 President Muhammadu Buhari chose the best time to embark on his frequent medical tours to London to be the period when Nigerian doctors under the aegis of National Association of Resident Doctors (NARD) are on strike due to poor condition of service and many other unfulfilled promises by the Federal Government.

It did not prick the conscience of our President that while he was out to look after his own health in a well-equipped foreign hospital, the health of millions of those he took an oath to look after their welfare, was in jeopardy, not only due to the poor state of hospitals in Nigeria, but also as a result of Nigerian doctors being on strike. This, to us, is not only selfishness, but also insensitive on the part of our President.

Those who are good at putting figures together have told us that since Buhari came to power on May 29, 2015, he had before now, spent a total of 171 days on overseas medical tours. When added the present 14 days he will be in London, our President would have spent 185 days (more than half a year), outside the shores of Nigeria on medical vacation. This is outrageous!

This was a man who, before he became President, had publicly stated that he would never embark on overseas medical treatment, and assured Nigerians that he would fix all their hospitals and upgrade them to international standard. But he did nothing thereafter.

Sadly, like we said before, our President chose the best period to go on medical vacation to be when Nigerian doctors have deserted the hospitals, and patients in these hospitals abandoned. The doctors had earlier warned that unless their demands were met, they would go on strike, but nobody listened to them. They then decided to make good their threat, and Nigerians were angry.

According to the opposition People’s Democratic Party (PDP), “It is indeed worrisome that under President Buhari, even the hitherto highly-rated State House Clinic, has become so moribund that it cannot provide a simple medical checkup service for Mr. President.”

The party insisted that the frequent trips of the President on overseas treatment were a drain on the nation’s treasury.

“The PDP is disturbed that while Mr. President jets out for medical treatment in well-equipped hospitals abroad, our hospitals and medical personnel are in a very sorry situation while millions of our compatriots suffer.”

The publisher of Sahara Reporters, Omoyele Sowore called on Nigerians in the United Kingdom to occupy the London hospital where Buhari planned to have his check-up. He described Buhari’s trip as a waste of resources, stressing that the President should have his check-up in the ‘world class’ hospital he had built in his years in government.

As a matter of fact, we saw scores of Nigerians, including a former Presidential aide, Reno Omokri, occupy the Abuja House in London, where our President was staying, demanding that he returned to Nigeria to fix hospitals in the country so that they could attend to his health needs, rather than seek medical treatment in overseas hospital.

For Senate Minority Leader, Enyinnaya Abaribe, President Buhari’s overseas medical trip was morally wrong. “He said he would never go for a medical checkup during his campaign. We were assured that health facilities would be upgraded. What we have is APC saying one thing and doing another. For medical check-up, you have to go all the way to the United Kingdom”, Abaribe said.

Another Nigerian, a medical doctor, described President Buhari’s overseas medical trip as “provocative”, not just to doctors and other health workers, but also to every Nigerian with conscience, stating that this had re-echoed the level of disdain top government officials have for the average Nigerian.

“This is simply provocative to say the least. How can the President travel out of the country for medical check-up when doctors in the country are warming up for a nationwide action? The President has just shown that he cannot be bothered with whatever we are going through or agitating for.

“He is just too aloof from the feelings of the general public and carries an I-don’t-care mindset. The issues that led to the strike had been on the front burner for a while, but the government and its functionaries chose to look away and treat them as non-issues”, he regretted.

Last year, at the onset of COVID-19 pandemic, and the global lockdown, when nobody could travel out of the country, many Nigerians were happy that at least, their leaders would be at home to experience firsthand, the state of medical facilities in Nigeria. These were people, who on having a common headache, would take the next available flight and jet out of the country for medical check-up.

That was the period when Secretary to the Government of the Federation (SGF), Boss Mustapha, as chairman of the Presidential Task Force (PTF) on COVID-19, after visiting various health facilities in some parts of the country, openly confessed that he never knew that the hospitals in Nigeria had so much deteriorated, and promised that the Federal Government would quickly fix all these hospitals so that Nigerians would no longer travel overseas to access medical treatment.

But there it ended, the government never did anything thereafter, while hospitals in the country remained as they were, “consulting clinics”, apologies Sani Abacha, and the welfare of those who work in these hospitals completely jettisoned.

We think that President Muhammadu Buhari, if he was true to himself, would have been the last person to embark on overseas medical treatment at this point in time. That would be, not leading by example.