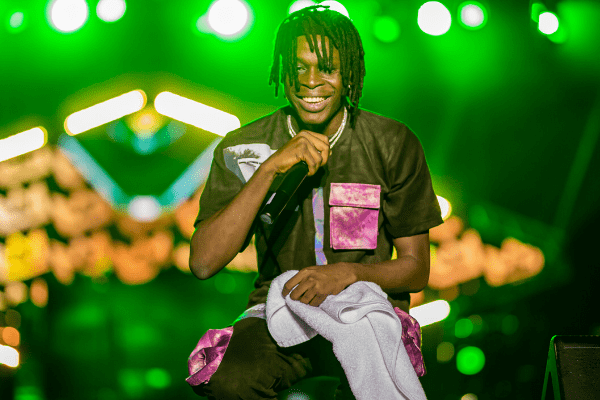 Music festivals around the world, from America’s Coachella to England’s Glastonbury, stand as cultural hallmarks showcasing the region’s musical achievements and providing a place for listeners to connect on a spiritual level. To say that Africa has not been long overdue something at a scale worthy of the continent’s contribution to music is to confess deafness to how we have been dominating airwaves, at home and on the global stage.

Having been to a few festivals outside of the continent, witnessing the scale, the energy, the effort – in technical production and in hospitality service; I was rather apprehensive to embark on my first African music festival. I have lived too long in imagined nostalgia at the 1977 Festac Arts Festival (I wasn’t even born then), and I have seen too many photos of Afropunk too. I wanted Afro Nation to be everything, and props to the organisers, performers, and attendees – it was all that, and then some.

Having achieved unprecedented success at their first run in Portugal, Afro Nation made its way home to Ghana for the second edition. Coinciding with the impressive tourism initiative ‘The Year of the Return’ which encouraged diasporans to come to Africa, understand their roots, settle and invest in the continent, Afro Nation could not have come at a better time. 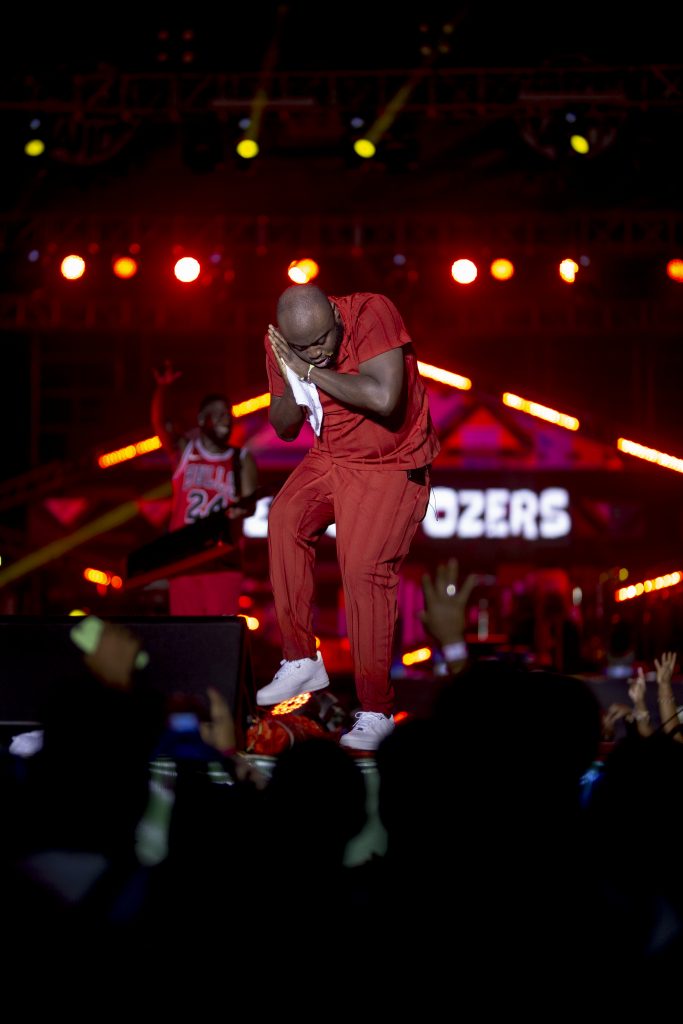 In the politically and often, racially, charged times we live in, it was heartwarming to see diasporans rediscover the joys of the continent and watch the idea of ‘home’ take on a new meaning. The motherland spread her hands wide as she welcomed her flock home and we watched as Kotoka airport heaved under the strain of arrivals, every single person eager to experience the cultural awakening that awaited them. Afro Nation was something that was entirely ‘ours’, a cultural game-changer that was ‘for us, by us’ and held more significance than I think we even realise. Perhaps in a decade or two, when we have firmly entrenched our own cultural hallmarks, we will fully understand the profundity of this very moment. 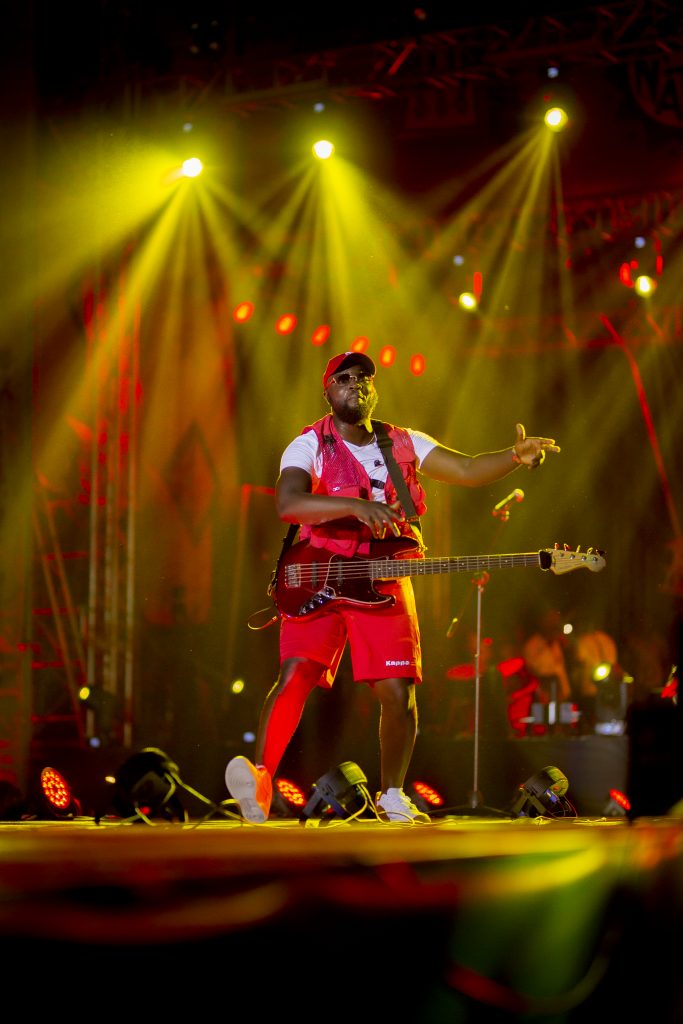 I arrived rather shamefully late on the first day, but to my surprise, the curse that is African-time did not make it to Accra. From the dancing already on the way, I knew the crowd had been here, partying even before the headlining acts. Fashion was at it’s fringe and most experimental, colours bursting in every corner with hairdos and makeup styles. Revellers were dressed to be seen and to impress. Women frolicked in bejewelled bikinis and flowing cover-ups and groups of men zanku’d in impressive unison kitted out in ankara shorts. A sea of bodies writhed under the blazing sun, dancing to the sounds of Afrobeats from all over the continent, singing along loudly to our favourite anthems and heightening anticipation for the evening’s performances. There was a hum of excited chatter with blended accents and languages – sometimes English, sometimes French, sometimes native tongues. It was the true essence of diversity, a melting pot of cultures, accents, languages; all united by Africa herself. 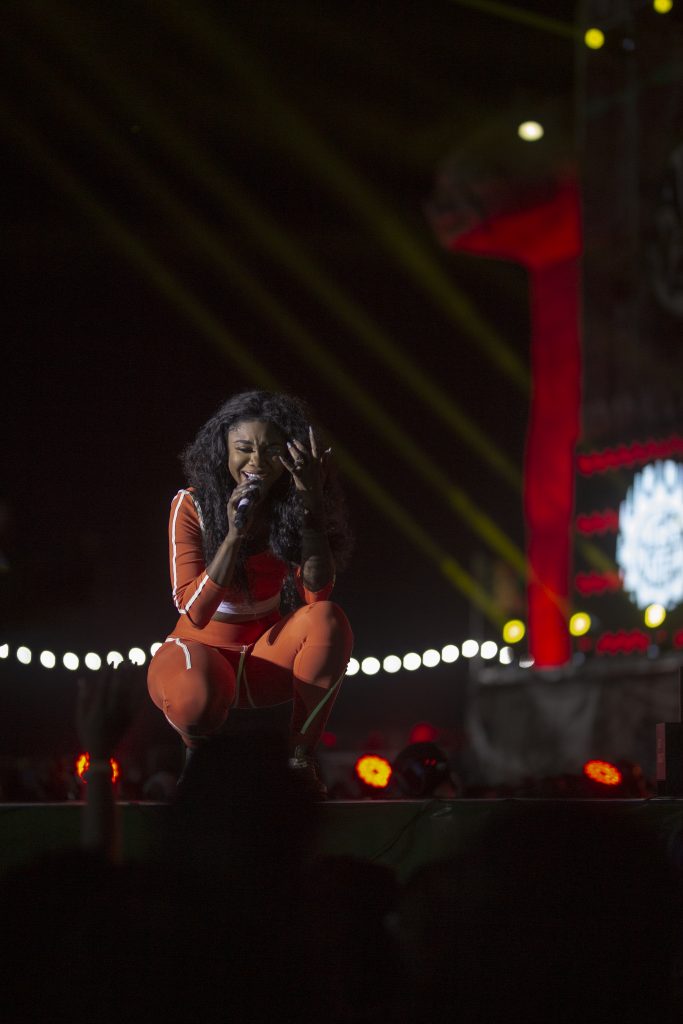 I quickly got settled with my friends after pushing as much as we could into the main stage crowd, keen to get a great vantage point. From where we stood, at least the African Giant might have shrunk to a dwarf but what we could not see, the big screens amplified across the breadth of the beach ensuring that we didn’t miss a thing. Soon, we were dancing, swaying to Fireboy’s ‘Jealous’ and opening ice-cold beers for the heat that was now cooling down as the sun began to set and the first night was getting underway. We carried on in typical festival style, drinking, making conversation with other attendees, and dancing, carefree, like no one was watching. After a long year, it was a much-needed moment of liberation and enjoyment, a perfect finale for the dirtiest of Decembers.

While I would consider myself a bit of a music enthusiast, there were a few acts I had never heard of before and it got me thinking about how important platforms like Afro Nation are when it comes to the cultural unification of the African continent. The organisers did an admirable job of putting a plethora of acts on, from the thriving UK Afrobeats scene with artists such as Tion Wayne and Not3s to our favourite Nigerian acts and beloved Ghanain acts like Efya and R2Bees. 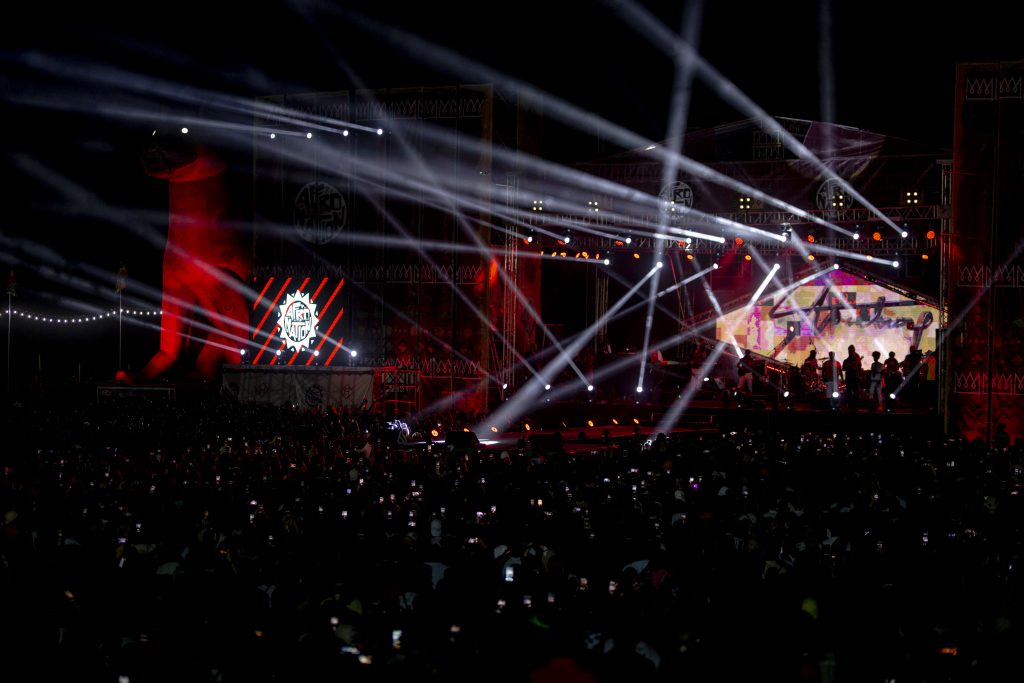 When the hour was darkest, Burna Boy took to the stage and the screams were deafening. Burna, with his intoxicating magnetism and inimitable stage presence, worked the crowd like a snake charmer and we swayed to the beat of his biggest hits like ‘Anybody’, ‘Ye’ and ‘Killin’ Dem’.  I could tell you a thousand and two tales of his performance and confirm why he has earned the ‘African Giant’ moniker and then some, but this is not about him or about Nigeria so, perhaps in another write up…

By the end of the first day, my legs felt like jelly, but my heart was on fire. Enough fire to carry me to the after-party where – (you guessed it, they played that song more than a few times… you know the song don’t you).

As the sun rose on the second day of the festival, enthused revellers danced well into the morning and I danced among them. Tiredness evaded me as a weaved from after-party to after-party, meeting interesting new people along the way. I finally gave up the ghost around midday and made my way back to my accommodation for some much-needed rest and respite before Saturday night’s festivities.

The next day, I was back much earlier to take in the food, run along the beach, and even made some new friends from Kenya, Zimbabwe and of course, Ghana. Guests strolled along the large expanse of beach, taking pictures, playing games and mingling. The beach was thronging with activity, stalls were set up and vendors sold their wares; everything from clothes to accessories and souvenirs. What made the festival even more impressive was their cashless policy which was a much-appreciated injection of fintech that ensured safety and ease of access. Wristbands were fitted with an RFID chip which could be topped up remotely and used for all purchases at bars, food and merchandise stalls. It was convenient and a great way to keep on top of my festival budget.

Like the day before, the performances were top-notch, from sound quality to stage design and choreography. Alté superstar Santi got the vibes going with hits from his debut album ‘Mandy and the Jungle’ and was closely followed by 2019’s breakout star Rema who thrilled the crowd with his soulful crooning and reworked afro beats. American singer and rapper 6lack, whose name continues to cause confusion, upped the tempo and got the crowd in their feelings with hits from his album ‘East Atlanta Love Letter’. Shatta Wale closed the show with an energetic performance which left the crowd spent and sent us limping back to our various corners of Accra.

The next two days saw iconic acts such as Wizkid, Davido, D’Banj and Mayorkun take to the stage. The zanku kings Naira Marley and Zlatan gave us enough legwork to last through to the next decade and I danced till my ankles nearly gave way. A great time was had by all and I came away hopeful about what we could achieve on the continent.

Organisers such as Smade put critics and naysayers to rest by pulling off the event of the year. There were many who believed that such an event simply couldn’t happen in Africa with our notorious logistical issues from transport to electricity but if there’s anything Africans are, it’s defiant, particularly in the face of adversity. Afro Nation was perfectly executed and set a clear precedent for what we can achieve in years to come.

The people were full of positive energy, and I can say with one hand over my heart that more than anything, it was truly an unforgettable experience. For years, we have pumped money into foreign festivals and events and finally, we have created something of our own that can grow and evolve into a powerful legacy. My only hope is that we will continue to support any space that celebrates black people, especially on the continent, for years to come. Afro Nation proved to be a rather spiritual and cathartic event for me and I’m already anticipating the next one.

As I dragged my bags through Kotoka airport, reluctant to leave, I bumped into many of my newly acquired friends and we reminisced about the last 4 days before slinking off to our respective gates, ready to fly back to our various corners of the world.

Till we meet again!

Monospace Digital is a full-stack marketing and technology company providing data-driven services for the African market.

Insecurity and poverty crisis in South East: Evidence of…

Storytelling – panacea to second and third degrees of…