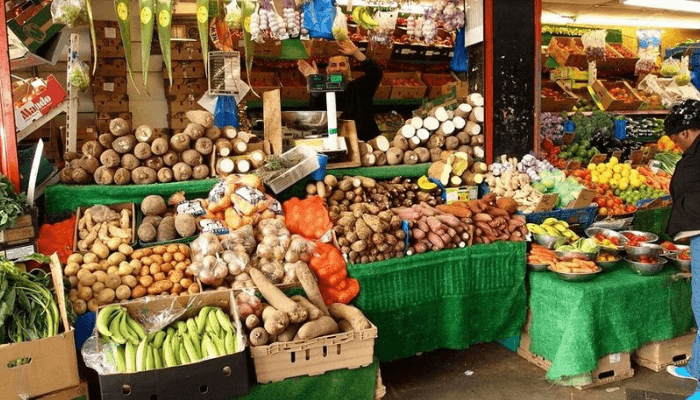 Now, just two years after they agreed on the AfCFTA, salient questions have emerged from the all-encompassing nature of the concord. Can the AfCFTA make Nigeria Africa’s food basket?

Indeed, to what extent can Nigeria leverage this most auspicious agreement to serve the African agricultural complex? This essay examines how the AfCFTA can return Nigeria to a place serving as Africa’s food basket.

The nature of food imports in Africa

The African Continent consists of 54 countries and over 1.4 billion people, so the African populace’s dietary needs must be significant. Let’s examine the reality of the outsized nature of the African food industry by factoring in the import needs of the continent on certain major foods.

Indeed, sub-Saharan Africa has been singled out as having a “spiraling” food import bill. This was after the region spent $43 billion on food imports in 2019 alone.

That’s enough financial firepower that could have bolstered critical infrastructure in the region and attracted value in other tangential areas crucial to the needs of the people in the region. This may be why some observers of the African economy have concluded that Africa has a major challenge with feeding itself.

Intra-African trade currently stands at about 13-15%. This figure is measly compared to the 60% regional trade achieved by Europe, 40% regional trade in North America, and the 30% achieved in South East Asia. Nigeria can take advantage of the low intra-African food trade by boosting exports to other African countries.

However, the axis forces of inadequate trade-related infrastructure, lack of financial access, restrictive customs procedures, and excessive political uncertainty will all have to be defeated before Nigeria can take her pride as Africa’s food basket. This is a more workable reality considering that the Lagos Plan of Action was held in Nigeria.

Recommendations on how Nigeria can become Africa’s food basket

The challenges impugning Nigeria’s efforts to be Africa’s food source include inadequate trade-related infrastructure, restrictive customs procedures, policy uncertainties, and poor financial flows, amongst many others.

To become Africa’s food basket, Nigeria will have to fix the following trade lacuna:

Nigeria will have to invest more heavily in its trade-related infrastructure to become Africa’s food basket. This includes fixing its dilapidated ports, harbors, rail and road infrastructure.

Nigeria closed four of its land borders in August 2019, only to reopen them to intra-African trade in December 2020. The Nigerian government stated that the move was to reduce smuggling, dampen the illegal inflow of small arms and drugs and protect local manufacturers. However, to export more food to other African countries, Nigeria will have to exercise a more flexible border policy with its neighbours.

Indeed, it remains a counter-intuitive logic to expect to serve as the food basket of the African continent if Nigeria’s borders are closed and unpredictable. In this case, technological necessities around the Nigerian border will have to be improved so that a smooth interchange of trade around the border can ensue.

Nigeria has a penchant for invoking trade wrath on its neighbors when it feels like it. In August 2019, the country closed its land borders rather unexpectedly, preventing trade access between many west-African businesses and their Nigerian customers, and vice-versa. The Olusegun Obasanjo presidency of 2003 also imposed an import ban on Ghanaian textiles, starch, and plastics. The reason was that Nigeria could promote local industrialization and substitute imported goods.

Nigeria’s trade policy with its neighbours will have to be straightened out more smoothly to become a food source for the African continent. Erratic policy shifts that take neighbours and trading partners unawares will have to be eschewed for a more progressive trade stance.

The AfCFTA presents Nigeria with a promising opportunity to reduce its hefty food import bill and trade more efficiently with its neighbors. The government can and should ultimately maximize this opportunity to make Nigeria the continent’s food basket.

However, Nigeria must seize this chance and make the requisite trade-related adjustments as early as possible to take advantage of the AfCFTA, become Africa’s food basket, and limit its reliance on oil exports.