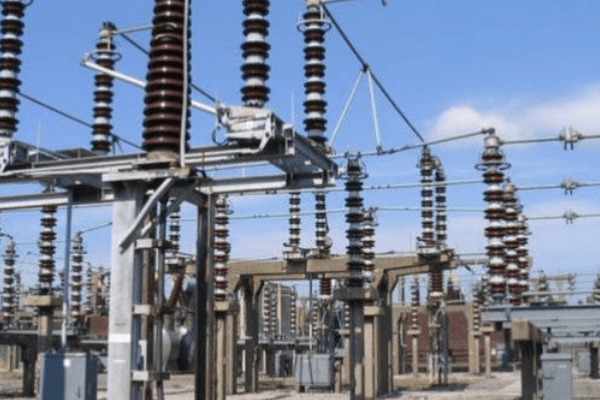 For over 4 decades, the poor state of Nigeria’s electricity sector has continued to make news headlines with each successive administration or regime promising to find lasting solutions through various stability, recovery and transformation programmes. Yet Nigeria’s electricity sector continues to face an increasing crisis. This is so because the government, policy makers, regulators, investors and general stakeholders have continued to look at and treat Nigeria’s electricity crisis mainly as technical and commercial – liquidity problems and not as a systems problem that transcends technical and commercial boundaries into social, cultural, environmental, political, economic, and judicial spaces.

Recent electricity sector reform efforts started with the passing into law of the Electric Power Sector Reform Act (EPSRA) in 2005 which created the industry’s regulator – Nigerian Electricity Regulatory Commission (NERC) in the same year; and its Multi-Year Tariff Order (MYTO) methodology in 2007. Two significant programmes that followed the EPSRA 2005 were the Nigerian National Integrated Power Project (NIPP) in 2005 and the unbundling of the National Electric Power Authority (NEPA) into PHCN and 6 generating companies (GenCos), a transmission company (Transmission Company of Nigeria) and 11 distribution companies (DisCos) in 2013. These two programmes have been characterised by lack of performance, corruption, mismanagement, ineffectiveness and inefficiencies with different stakeholders demanding for investigations and reversal of these programmes.

In the last 2 years, the current government’s intervention programmes include the Power Sector Recovery Plan (PSRP) financed majorly by the World Bank, AfDB and Nigeria Electrification Roadmap (NER) signed with Siemens AG, both of which are at different stages of implementation. Critical to the success of all past and recent reforms is the liquidity of the Nigeria Electricity Supply Industry (NESI) which has been experiencing serious revenue shortfalls with nearly $2.5 billion subsidy injections from the government in the last 5 years. Technically, a cost reflective tariff and an efficient metering system are two major items critical to resolving the industry’s liquidity crisis.

The EPSR Act 2005 empowers NERC as provided for in the MYTO methodology to conduct a major electricity tariff review every 5 years and minor reviews biannually. However, seven minor reviews have not been conducted or implemented since MYTO 2015 to reflect market realities including inflation, exchange rate, gas prices, system planning output generated by TCN, available generation capacity and CAPEX requirements needed to evacuate and distribute available generation capacity – all of which are parameters that determine the pricing of electricity commodity.

The implementation of a cost reflective tariff has repeatedly fallen victim to legislative oversights leading to demand for suspension of tariff increase by April 2020, and a recent demand by the Senate for further suspension of new tariff which is billed to take effect from July 2020. The dilemma is that consumers demand improved service delivery before they will agree to a cost reflective tariff regime, however, cost effective tariff is needed first to guarantee the investments that will lead to service improvement – at least that is a widely held assumption.

The investments are to flow into generation, transmission and distribution arms of the electricity industry. While investments in generation may not seem as significant as the other two arms because current transmission capacity isn’t yet adequate to transmit all the electricity generated, generation still has significant gas supply challenges to solve. This year alone, the industry had 3 major gas supply challenges that reduced the generation output of thermal power stations to between 0 percent  and 50 percent.

There have been tremendous technical and managerial improvements at the transmission arm in the last 3 years which include increased transmission capacity from 5,000MW in 2017 to 8,100MW in 2018, achieving frequency control band of 49.80Hz to 50.20Hz between 2018 and 2019 and enforcing compliance with Free Governor Control by generators, however the transmission arm still requires more investment. Simultaneously, the same level of investment is expected to be taking place in the distribution arm, which many stakeholders believe is not happening because the DisCos lack the capital and capacity to make and manage investments needed for the sector. All of these concerns have increased the demand, particularly by the legislature, for the review of the privatisation done since the last 5 years.

According to a study sponsored by the TCN, $4.3 billion in capital investment is needed by the Discos to improve its systems and operations. As an alternative to reversing the privatisation and reprivatising again which may likely not be different from the previous one done, plus the huge costs of settlements, and the task of raising this huge capital, some stakeholders, particularly the former boss of TCN called for the recapitalisation of Discos. His argument was that this will attract needed foreign capital and technical capacity that the Discos currently lack into their operations. However, this proposal has been fiercely opposed by some Discos.

On the other hand, with or without Disco recapitalisation and implementation of cost reflective tariff, Discos need to collect revenue effectively which is not happening yet because of the significant metering gap in NESI. The Meter Asset Provider (MAP) Regulation introduced by NERC which became effective in April 2018 is yet to solve the problem, and the difficult decision the regulator took recently to increase the cost of meters due to increase in exchange rate may not help accelerate installation of meters to over 55.4 percent of 8,310,408 registered electricity consumers that are not metered.

The question that no stakeholder in the NESI can answer is when all electricity consumers will be metered; when a cost reflective tariff will take effect; when the electricity crisis will be stabilised before its transformation? Why no one can offer a feasible answer is because other factors which hinder transformation of the NESI are left unaddressed. These include collapsing of social contract, lack of efficient and effective judicial processes for resolving conflicts in the electricity market and for enforcing decisions, lack of the rule of law, vested political elite interference in electricity market processes and inability of the regulator to sanction noncompliance of rules in the industry.

Unfortunately, many stakeholders do not consider these factors damaging to the survival of Nigeria’s electricity industry. It continues to be politically expedient for the government to subsidise the electricity market than to make it possible for cost reflective tariff to take effect. NERC has also consistently failed to sanction defaulting industry players and there is no indication that these factors will change anytime soon.

Assuming cost reflective tariff is set and a metering gap is bridged, many social, cultural, environmental, political, economic, and judicial challenges will continue to impede the transformation of Nigeria’s electricity sector.

How technology adoption in Africa is shifting amid COVID-19