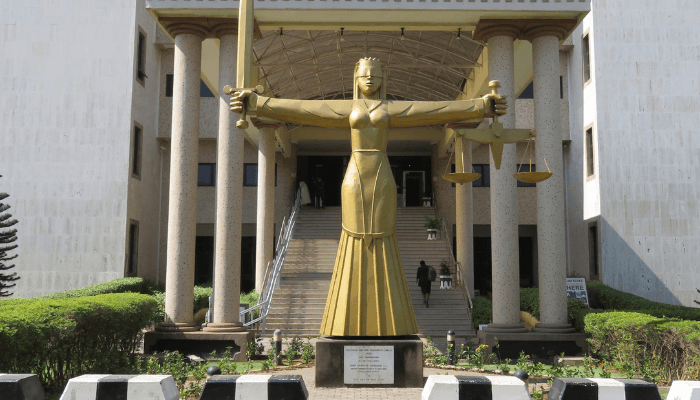 On June 27, 2022 Tanko Muhammad (“Muhammad, JSC”), the Chief Justice of Nigeria (“CJN”) resigned. Although this news came following a call for his resignation through an open letter signed by justices of the Supreme Court, including Amina Adamu Augie JSC, John Inyang Okoro JSC, Kudirat Kekere-Ekun JSC, the action was still shocking and unprecedented. Nothing of this nature has happened since the inception of the judiciary, and it has raised many speculations and opinions within the legal community on why he chose to resign and if that was the best for the judiciary.
The six page open letter raised several issues with the leadership and administration of Muhammad, JSC.
According to the letter, the justices protested the non-payment of their legitimate entitlement since 2020. For instance, no accommodation or vehicles were provided for the new justices that were sworn in, in 2020. Also, vehicles that had been earlier assigned to justices and are due for replacement, have not been attended to. Furthermore, internet services were barely provided and there was epileptic power supply, both at home and in court.
Another issue raised in the letter was that the outgone CJN had made no provision for the training of the judiciary. A part of the letter reads, “Since your Lordship’s assumption of office, justices only attended two workshops in Dubai and Zanzibar. They were not accorded the privilege of travelling with accompanying persons as was the practice. Your Lordship totally ignored this demand and yet travelled with your spouse, children and personal staff.”
It was also alleged that the outgone CJN ignored repeated demands for improved welfare even after a meeting on the issue was held on March 24, 2022. According to the letter, “We find it strange that in spite of the upward review of our budgetary allocation,” – (the allocation for the judiciary was increased by N10 billion in the 2022 federation budget, bringing it to a yearly allocation of N120 billion) – the Court cannot cater for our legitimate entitlements. This is unacceptable!”
The letter continued, “Your Lordship, with all due respect this is the peak of the degeneration of the court; it is the height of decadence and clear evidence of the absence of probity and moral rectitude.”
Following this letter which was made public on June 20, 2022, Muhammad, JSC resigned from office on account of ill-health. Muhammad JSC’s resignation comes about 18 months ahead of his official retirement in December 2023. To fill up the vacancy, Justice Olukayode Ariwoola JSC, who was also a signatory to the open letter, was sworn in by President Buhari.

Appointment and Resignation of a Chief Justice of Nigeria

The office of the CJN is provided for in Section 231 of the Constitution. The office of the CJN is an important one as he heads the entire judiciary of the country. By virtue of his office as the CJN, he is the Chairman of the National Judicial Council (NJC). As provided by Paragraphs 20 and 21 of the Third Schedule to the 1999 Constitution, the council which he heads has the duty to collect, control and disburse all monies, capital and recurrent, for the judiciary. The NJC also has the duty to advise the President and Governors in any matter pertaining to the judiciary.
The CJN is appointed by the President on the recommendation of the National Judicial Council, which is also the body responsible for the appointment, promotion and discipline of judicial officers. The appointment is also subject to confirmation by the House of Senate of the Federation.
A person is only qualified to hold the office of the Chief Justice if he is qualified to practise as a legal practitioner in Nigeria and has been so qualified for a period of not less than 15 years.
Section 291 of the 1999 constitution provides that a judicial officer appointed to the Supreme Court may retire when he attains the age of sixty-five years and shall cease to hold office when he attains the age of seventy years. Section 3 (2) of the Supreme Court Act LFN 2004, further corroborates this position.
However, Sections 292 (1) (a) (i) and (b) of the Constitution are to the effect that such a judicial officer can be removed before the age of retirement by the President acting on an address supported by a two-thirds majority of the Senate, or by the President acting on the recommendation of the National Judicial Council (NJC) that the Justice of the court should be removed for his inability to discharge his functions due to infirmity of mind and body, or for misconduct or contravention of the Code of Conduct.

Read also: Buhari asks Emefiele, heads of agencies, envoys, others eyeing politics to also resign
Once the office of the Chief Justice is vacated, by virtue of section 231 (4) of the Constitution, the most senior Justice, based on the number of years at the Bar, is entitled to the seat.
However, the move by the justices which led to a forceful resignation by the ex-CJN has never been seen in the history of the Supreme Court of Nigeria.
Muhammad, JSC was appointed in 2019 following the removal of his predecessor, Walter Onnoghen, JSC from office. His appointment, at the time, was controversial as the removal of Onnoghen, JSC was allegedly carried out without the due process of the law, thus making it unconstitutional.
His resignation, which is even more controversial, came less than a week after the censorious ‘internal memo’. The timing of the resignation suggests a reaction to the letter and cannot be considered in isolation from the letter which was sent to him and signed by 14 out of 15 Justices of the Supreme Court. If the letter is to be likened to a motion of no confidence, then the resignation by the ex-CJN would itself mean that the motion was passed.

Why Mohammad, JSC’s exit was the best move

There are two major reasons why Mohammad JSC’s retirement was the most appropriate action – the welfare of the justices and the recommended probe into his tenure.

The welfare of the Justices: The welfare of the judiciary is of utmost priority as this has a great effect on their efficiency and efficacy. Without the protest letter, the issues around the welfare of judges may not have come, so forcibly, to the public’s knowledge. And without the subsequent resignation, it would be difficult to take action to address their needs, because as earlier mentioned, the office of the CJN takes precedence over all justices and it presides over the NJC which is responsible for the welfare of the judges.

The recommended probe into his tenure: Upon his resignation, groups have called for an inquest into the allegations of maladministration and financial malfeasance made against him. These include the Nigerian Bar Association and Human Rights Writers Association. The NJC is empowered in Paragraph 21 of the Third Schedule to the Constitution to exercise disciplinary control over judicial officers, and in furtherance of this power, to investigate matters of misconduct or impropriety. By virtue of Paragraph 20(a) of the same schedule, the CJN is the chairman of the council. It would be inappropriate for the ex-CJN to head a council which intends to investigate him, as it would be tantamount to being a judge in his own cause. With his resignation, there can be independent and transparent probing into the issues, where the possibility of inferrence would be improbable.

Conclusion
The resignation of Muhammad JSC has been applauded by some as an act in the interest of the judiciary and nation, in other words, for knowing when to quit especially when it seemed that there was no confidence in his administration.
While this is laudable, Muhammad, JSC’s resignation on the grounds of ill health points to a larger issue within the polity, and that is of the appointment or election of the near-aged into offices requiring both experience and vigour. We see this issue repeated in the elected offices, especially in the presidency. We have had several leaders besieged by ill-health taking up the highest offices in the country, only to resign and in some cases, die in office. And the best case scenarios, are akin to the ill-management, lack of leadership and administrative control, highlighted by the supreme court justices in their letter.
The Chief Justice is the head of the judiciary and presides over the Supreme Court of Nigeria which is the highest court in Nigeria. And while the wisdom of electing the most senior judicial officer into the office of the CJN is recognised and may be hard to gainsay, it is to be hoped that any Justice who finds that they are or would be incapable of honouring the requirements of the office, for personal reasons, including ill health, should decline the appointment, or as soon as the issue arises or becomes unmangeable, do so.
That said, the issues around the welfare of judges may linger until the fact that judges are not, by profession, business administrators or strategists, and do not have to be, is taken into consideration.
Every CJN by virtue of his position statutorily becomes the head of the NJC. Paragraph 21 of Part 1 of the Third Schedule to the Constitution, gives the NJC the power to collect, control, and disburse all monies, capital and recurrent, for the judiciary and to deal with all matters relating to the policy and administration. This is to the effect that the CJN is at the helm of affairs, being the chairman of the council, and is responsible for the efficient allocation and disbursement of all monies for the judiciary. Additionally, The heads of the various courts are usually saddled with the responsibility of administering the business of the courts.
The administration of justice is different from administering the affairs of an institution. There should be a separate body handling the business of the judiciary in Nigeria, one typical of ‘Her Majesty’s Courts and Tribunal Service’ in the United Kingdom. This will enable judges to focus on their primary function of justice delivery. The body should be charged with the function of running the business of the courts with regards to the accounting, auditing, allocation of funds for various purposes, etc. The body or agency should be made up of administrators, and business strategists capable of running the business of the court in an efficient and effective manner.
Hopefully, an implementation of these measures, would go a long way in ensuring that issues such as those raised in the open letter are unheard of, and that the stability and integrity of the judiciary as an integral arm of government, is maintained.