Is the CBN Governor a public servant or political appointee? Does it even matter? 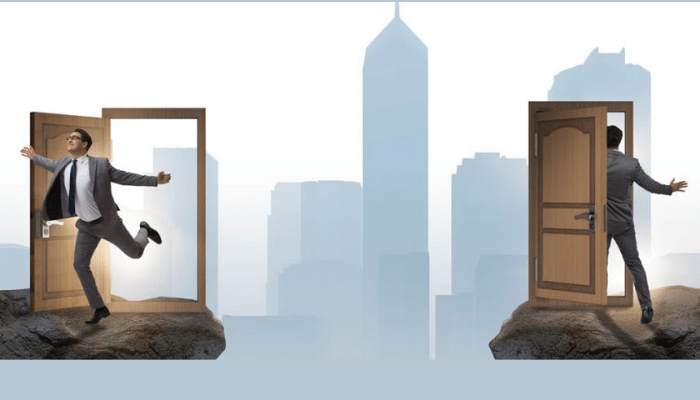 According to American writer, and whistleblower, Edward Snowden, “there can be no faith in government if our highest offices are excused from scrutiny – they should be setting the example for transparency”. Indeed, transparency is what Nigerians require in the running of the affairs of the Central Bank of Nigeria especially now the man at the centre of the administration of the body with custody of Nigeria’s treasury has decided to run for an elective position.

The Governor of the Central Bank of Nigeria (CBN), Godwin Emefiele, has recently declared that he will be part of those contesting to be nominated as a presidential candidate under the All Progressive Congress (APC). In fact, he has been a card-carrying member of the APC since February 2022. The issue is not that the sitting governor cannot contest for an elective position under any party of his choice, but it is that he intends to carry out his political aspirations while he continues in his official duties as the CBN governor.
While it has been argued that it is morally wrong for a Governor of the CBN to continue in his official duties while he pursues his political ambitions, the provisions of the law seem ambiguous as to its stipulations when it comes to such matters. Therefore, a seeming lack of an express provision that precludes the governor from remaining in office as the governor of the CBN while he pursues his political desires has been named as the culprit that has brought about this chaos.

The issues and the law as it is
One issue that has come up is that the refusal of the Governor of the CBN to resign jeopardizes the independence of the CBN. The CBN is an institution established by statute and the law provides that the body shall be an independent body in the discharge of its functions. Section 3 of the CBN Act 2007 (The Act) provides that in order to facilitate the achievement of its mandate and objective of promoting the stability and continuity in economic management, the Bank is to be an independent body. This means that the affairs of the CBN must be carried out in such a manner that it is independent and free from any influence whether political or in any other regard.

In furtherance of the objectives of the CBN, a board, with a governor as its chairman was established to administer the affairs of the CBN. The law precludes the governor from carrying out a number of activities while in his official capacity. Section 9 of the Act expressly states that the governor of the CBN is to devote the whole of his time to the service of the Bank and while in office, shall not engage in any full or part time employment or vocation whether remunerated or not. A governor of the CBN is not to engage in causes that will conflict with his official duties.

It has been argued that, a combination of the provisions above would mean that what the law envisaged that in order to maintain the integrity and independence of the body responsible for Nigeria’s financial future, the governor is not expected to take up employment or any other vocation while in his capacity as the governor of the CBN. More so, if one likens politics to a vocation, then, it can be submitted that the expression will expressly preclude the governor of the CBN from remaining in such office while he pursues a political ambition.

another issue that has arisen is whether the CBN governor is a political appointee or a public servant. The issue has arisen due to the fact that different laws apply to these categories as to when such a person should resign if he intends to pursue a career in politics.

However, an argument against this submission is that since the drafters of the Act could envisage a situation where a governor of the CBN may want to take up an employment or vocation, then they could have also envisaged a situation where he may want to contest for an elective position, and where there is no express prohibition to the effect, one cannot say for sure that the governor is precluded from so doing.

Read also: Lateral hiring is here to stay, how to make the most of it

Also, another issue that has arisen is whether the CBN governor is a political appointee or a public servant. The issue has arisen due to the fact that different laws apply to these categories as to when such a person should resign if he intends to pursue a career in politics.
A combined reading of Section 137 (g) of the Constitution of the Federal Republic of Nigeria 1999 and Section 84 (3) of the Electoral Act 2022, is to the effect that a public servant shall not be qualified to run for the office of the president if he has not resigned, withdrawn or retired from the employment at least thirty days before the date of the election. This means that, a public servant may continue to carry out his official duties but must resign from his official duties at least thirty days before the general elections.
For a political appointee, on the other hand, Section 84 (12) of the Electoral Act provides that “no political appointee at any level shall be a voting delegate or be voted for at the Convention and Congress of any political party for the purpose of the nomination of candidates for any election”. The Electoral Act does not define who is a political appointee. However, the public/civil service is defined in Section 318 of the Constitution as the service of the federation in a civil capacity as staff of the President, the Vice President, a ministry or department of the government of the Federation, assigned with the responsibility for any business of the Government of the Federation.

On the CBN governor being a public servant, it has been argued that by the definition of the civil service in Section 318, which is to the effect that a public/civil servant is a person in the service of the federation and as the Governor’s service is to the Federation, he falls under the public service of the Federation. On the argument that he is a political appointee, Section 8 of the CBN Act provides that the governor is appointed by the President subject to the confirmation by the Senate.

Does morality have a stance here?
The Act precludes a governor of the CBN from carrying out various activities. If the drafters of the law in Section 9 of the CBN Act could envisage that a CBN governor may want to be involved in paid employment, it should have also seen that a CBN governor may want to take on the ambition to run for an elective position. All this must be addressed by the courts through judicial interpretation.
Due to the lack of express law on the matter, many people have looked to the morality of it-the rightness of his insistence to remain in office. The integrity of such a person will, indeed, be called into question.

As a governor of the CBN and the chairman of the board of directors that administers the affairs of Nigeria’s finances, there may be reasons to doubt the neutrality and competence in handling matters henceforth. Indeed, certain economic policies of the CBN in its bid to fix the monetary challenges of the economy have become worrisome over the years; one example is that domestic investors have been restricted from the Open Market Operation – a financial instrument the CBN uses to manage liquidity in the financial market and achieve price stability, leaving foreign portfolio investors to operate. Although this may have helped the CBN to reduce the cost of managing liquidity, local investors have very little chance at viable investments.
This decision of the CBN governor to run for president while retaining his current role would put to question the policies that have been made, and any that would be made going forward.