…says FG has failed to develop all sections of Nigeria 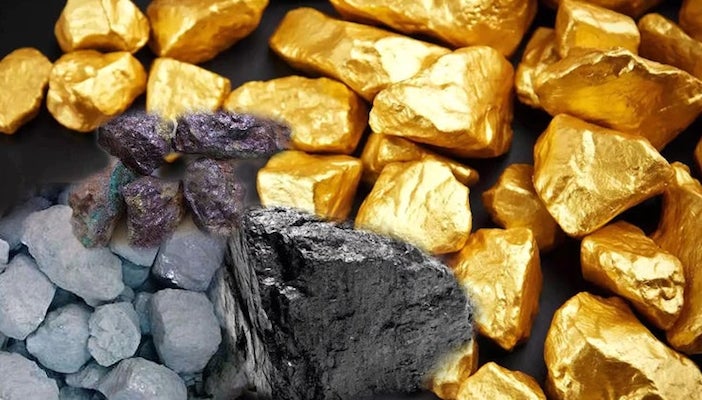 Governor Nyesom Wike of Rivers State wants states to control their mineral resources because the centre has, according to him, failed to use it to develop all sections of the country.

Wike, who put this demand before the minister of State for Mines and Steel Development, Uchechukwu Ogah, said states should pay royalty.

This, he insisted, has become pertinent because the Federal Government which unilaterally controls the country’s rich mineral endowment has failed to translate the mineral wealth into overall economic development.

Ogah was at the Government House, Port Harcourt, Monday, on a courtesy visit to Wike.

The governor maintained that in order for the country to benefit from its vast mineral endowment, the Federal Government should concentrate on the formulation of policies that will facilitate an improvement in the governance of the mining sector to improve the social welfare of the citizens.

He urged the minister to push for reforms that will enable states and local governments take charge of mining of solid minerals in their domain and then pay tax to the centre.

He went on: “It is very important for people to know that part of the problem in this country is that everybody is depending on oil when we are also supposed to look at other minerals. Minerals play a great role in terms of raising revenue for any country. So, our overemphasis on oil has reduced our impact on other minerals.”

He noted that if the country fully harnessed the gold deposits in Zamfara as well as other minerals in other states of the federation, the country will make a lot of revenue from these minerals that can accelerate its development.

Governor Wike lamented that despite the possibility of the Ajaokuta Steel Company project generating huge revenue for the country and creating not less than 3000 jobs, the Federal Government for political reasons has failed to actualise the country’s aspiration to become a major player in the global steel industry.

The governor declared that the Rivers State was prepared to collaborate with the centre to develop the mineral sector of the country. He advised the government at the centre to avoid “playing politics with issues of economic development and strive to entrench the ideals of good governance in the country.”

The minister had told the governor he was in the state to share with him the vision and the policy focus of the Federal Government for the development of the nation’s solid mineral resources.

According to him, his visit was to solicit for the support and partnership of the government of Rivers State in ensuring the orderly and efficient exploitation of huge deposits of silica sand, glass sand and clay which occur in the state for construction purposes and glass manufacture.