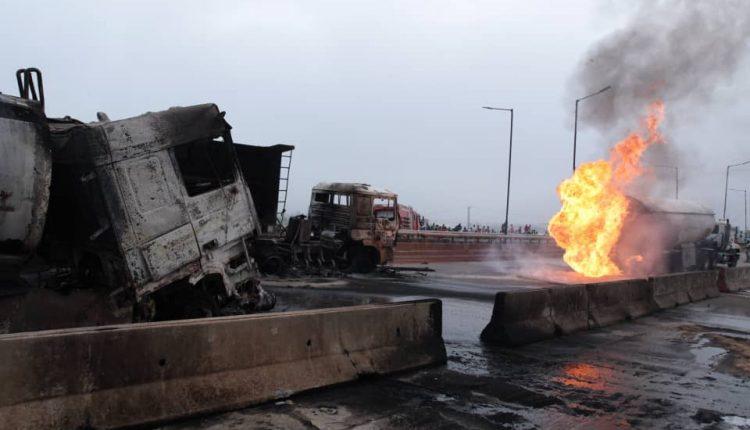 The dead were burnt beyond recognition while two other persons were rescued alive by a team of emergency responders from the Lagos State Emergency Management Authority (LASEMA) along with other agencies, including the Police and Federal Road Safety Corps (FRSC) officials.

The first tanker, which was laden with 33,000 litres of petrol, was said to have crashed into another articulated truck, equally carrying same quantity of product, while driving inward the Lagos-Ibadan Expressway at Kara.

The accident, according to an investigation, was as a result of “reckless driving” by one of the drivers.