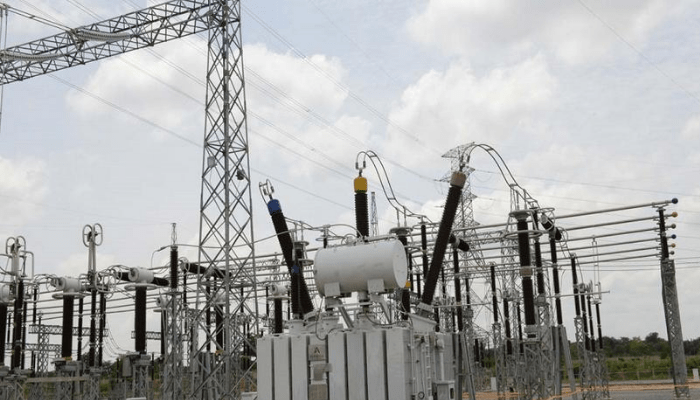 According to the Consultation Paper, the NERC sought to obtain the opinion(s) of stakeholders within the Industry on the (a) readiness of the Market for an Independent System Operator (ISO); (b) degree of independence that the ISO should have (c) ownership structure of the ISO; (d) other conditions precedent and timelines that may be proposed for a transition in the event that the unbundling of the ISO is considered premature.

This proactive and commendable effort of the NERC is well grounded in law and in line with the Electric Power Sector Reforms Act (EPSRA) which by virtue of Section 26(7) had envisaged a period of independence for the System Operator. In effect the System Operator would be pulled out of and cease to be affiliated with or within the control of the Transmission Commission of Nigeria (TCN).

The motivation behind the extant proposition to grant independence to the System Operator is to ensure some measure and sense of neutrality, improve grid reliability and assure a balancing of the often competing interests of all stakeholders by managing the grid in a way that provides non-discriminatory and transparent services to the Industry stakeholders including the Generation Companies (GenCos) and the Distribution Companies (DisCos).

Read also: How Covid-19 is inspiring new ideas despite being disruptive

The existing framework is such that empowers the TCN to exclusively hold a transmission license with the power and licenses to carry on the construction, operation and maintenance of transmission system in Nigeria and to carry out system operation. Functionally, the TCN has three (3) Departments which are the: (a) Transmission Service Provider (TSP): charged with the development and maintenance of the transmission infrastructure (b) the System Operator (SO): responsible basically, for operating the transmission system in a safe and reliable manner, manage the flow of electricity throughout the power system from generation to distribution companies including, scheduling of energy allocated to each load participants, undertaking dispatch, undertaking maintenance outages etc.; and finally (c) the Market Operator (MO): responsible for Market administration, administers and implements the Market Rules and guarantees market efficiency.

By the EPSRA, the TCN may transfer the system operations license held by it to an ISO and the ISO shall carry on with the powers and duties conferred on the TCN while operating as a System Operator and carry on with the procurement of ancillary services from the GenCos. This statutory obligation is what has actuated the presentation of the Consultation Paper under consideration.

However, a legal prelude to the establishment of an ISO is the obligation on and expectation that the Minister for Power would have declared the readiness for a more competitive electricity market to be initiated (the Declaration).

By Section 24(2) of the EPSRA, the NERC is required to prepare, each year a report to the Minister for Power as to the potential for competition in the Nigerian Electricity Supply Industry (NESI) which shall contain the analysis and recommendations as to whether the NESI has developed to the point where a more competitive market ought to be established having regard to:

a. The degree of privatization that has occurred;
b. The existence of a sufficiently large number of potentially competitive entities, so as to avoid the likelihood of an abusive market power; and
c. The existence of other preconditions, including the necessary metering and information technology infrastructures, required for the operation of a more competitive electricity market.

Further, by Section 24(3) when the Minister for Power in consultation with the President and the National Council on Privatisation is satisfied that the NESI has developed to the point where a more competitive market ought to be established having regard to (a), (b) and (c) above, the Minister for Power shall issue a declaration that a more competitive market is to be initiated.

From the foregoing, upon the resolution to transfer or transmute into an ISO, NERC would be required to present a report to the Minister for Power analysing and recommending that the NESI has developed to the point where a more competitive market ought to be established.

If there are reasonable expectations that the Market ought to be competitive and so declared by the Minister for Power before a consideration of independence for the SO, we can therefore safely conclude and in line with the last leg of NERC’s enquiries (paragraph (d) of the Consultation Paper) that unbundling the TCN to create an ISO may be premature particularly in the absence of salient indicators of a Competitive Market.
For the avoidance of doubts, some of the salient indicators and conditions precedent to the declaration of competitive market are the existence of necessary metering and information technology infrastructure.

Following the various metering schemes introduced and tried within the NESI including the CAPMI, meter roll out by DisCos and the ongoing Meter Asset Provider scheme, the metering gap as at the end of first quarter 2020 according to the NERC Order No NERC/198/2020 is still stated to be about 60%, which means that the sector still has a long way to go in closing the metering gap.

Investment in technology to drive the industry is still very low. The Supervisory Control And Data Acquisition (SCADA) together with the Energy Management System which were to be installed to automate the grid for the purpose of real time monitoring and control of all grid operations by the System Operator are yet to be in operation. It is also not certain whether within the DisCos, the SCADA technology which is to assist in real time monitoring, controlling and protection of distribution infrastructure has been installed or in operation.

The tech tools noted above and other Geographic Information Systems (GIS) including the asset mapping and tagging under the framework of the customer enumeration exercise undertaken by the DIsCos which could drive the optimal efficiency of the industry are not adequately in place. The importance of this technology was aptly summarised by S.K Yadav, when he opined that “GIS is not only useful in developing accurate database, improve internal efficiency levels pertaining to power supply monitoring, commercial and customer services but also extremely useful for important functions like network analysis, facility management, energy audit, trouble call management, load management, theft detection etc.”

Beyond the issues of meter assets and information technology which can alleviate the ATC&C losses are the critical issues connected to the financial viability of stakeholders including, resolution of the problem of non-cost reflective tariff whether by promptly implementing the service reflective tariff structure or encouraging willing-buyer/willing-seller transactions, interventions to revamp transmission and distribution infrastructure, fulfilling obligations to take care of the shortfall in the DisCos’ financial books by ensuring settlements in line with the financial plans stated in the Power Sector Reforms Policy, conclusion and implementation of competition transition charges in accordance with the EPSRA, offset of outstanding power bills by Ministries, Departments and Agencies et cetera.

Indeed the EPSRA did not define the phrase “other preconditions” stipulated in paragraph (c) of Section 24(2) of the EPSRA, it would however, be less debatable and more compelling to situate the financial viability as part of the elements of the “other preconditions” as same is critical to the sustainability and optimal efficiency of the Industry. A significant resolution of all issues connected thereto should provide a better impetus to advance discussions on making the Declaration and in turn, making the SO independent.

Ultimately, without the implementation of technology and the financial viability propositions, a democratisation of the electricity supply industry which is the attendant outcome of the implementation of the extant Consultation Paper may undermine the Generation and Distribution licenses already issued and may gravely affect their capacity to fulfil their loan and other obligations.

Kofo is the Author of the fast selling book “The Nigerian Electricity Supply Industry- Post Privatisation Realities, Trends and Challenges”. She can be reached on ko@kofoolawoyin.com or kofo.olokunolawoyin@gmail.com

Sanwo-Olu flags off construction of 377 roads, power projects across wards