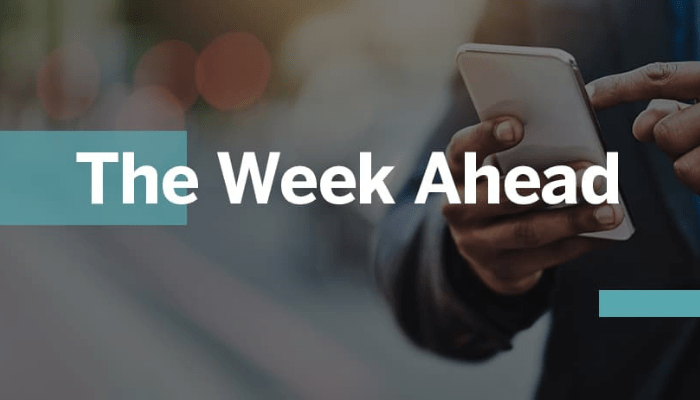 e-naira set for release in the week ahead

Nigerians should be set for an exciting week as the Central Bank of Nigeria (CBN) has said that it has concluded plans for the launch of its Central Bank Digital Currency (CBDC), the e-Naira on the 1st of October.

This was disclosed by Rukiya Mohammed, CBN’s director of Information Technology,  on Wednesday, in a webinar, themed: “Digital currency and the prospects of CBDC in Nigeria,” organised by the Committee of e-Business in Industry Heads (CeBIH).

The CBN director said 85% of Central Banks globally were working on their digital currency, citing rising digital payments in Nigeria compared to cash payments, which is declining in Nigerian also.

Adesola Adedutan, managing director of First Bank Nigeria said that there are significant differences between CBDCs and cryptocurrencies, citing that CBDC provides a platform for the governments to leverage blockchain technology to maintain a centralised and institutional role over the currency.

The e-Naira will be a “complementary” legal tender in Nigeria, having the same exchange value as the Naira, and maintaining a “parity of value” with the Naira.

The e-Naira will not earn any interest to holders. The e-Naira is built on a blockchain open ledger technology. Creating the e-Naira on the blockchain means you cannot have a duplicate or fake e-Naira. Each e-Naira note will be unique.

Ethiopian Airlines to begin flights to Enugu from October 1st

Africa’s largest airline, Ethiopian Airlines has announced that it will resume flights to Enugu Airport from the 1st of October, two years after the east African giant suspended flights to the southeastern state of Nigeria.

This was disclosed in a statement by Shimeles Arage, the airline’s general manager,  in Lagos on Sunday, stating that every week there would be a flight on Wednesday, Friday and Saturday, with B787 Dreamliner, according to the News Agency of Nigeria.

“Oct. 1 is Nigeria’s Independence Day and the flight to Enugu on that day will reinforce Ethiopian Airline’s good relations with Nigeria since the first flight to Nigeria in 1960,” Arage said.

Digital transactions to be taxed technologically from the week ahead

President Muhammadu Buhari has ordered the use and deployment of technology to tax all digital transactions carried out across Nigeria in a bid to improve government earnings.

This was disclosed by the Secretary to the Government of the Federation (SGF), Mr Boss Mustapha at the 17th General Assembly and 10th anniversary of the West Africa Tax Administration Forum (WATAF) in Abuja on Tuesday, organised by the Federal Inland Revenue Service (FIRS), reported by the News Agency of Nigeria.

Chairman of FIRS, Mohammed Nami, said the importance of the role of WATAF could not be overemphasised because the reason it was set up by the founding fathers, was to create the atmosphere for dialogue on collaborative efforts, citing its theme for 2021, “The Taxation of the Digital Economy: Exploring Untapped Revenue Sources in Africa.”

“Tax regulators and other industry stakeholders must rise up to the challenge of being in a position to tap into the stream of opportunity that advancements in science and technology afford us, ” he stated.

The Indigenous People of Biafra (IPOB) has declared another sit-at-home protest on October 1, which is the anniversary of Nigeria’s independence, insisting that they would lock down the entire Southeast.

The separatist group also directed its members to bring down all Nigerian flags mounted anywhere throughout the South East, with effect from September 25, 2021.

This disclosure is contained in a statement issued by the Media and Publicity Secretary of IPOB, Emma Powerful, and made available to the press in Awka, Anambra State on Saturday, September 25, 2021.

The reaction from IPOB follows information received by the group about an alleged plot by the Department of State Service (DSS) not to produce Kanu in court on October 21 as part of the ploy to continue to incarcerate him.

Google will begin providing users with additional information about the companies that are sponsoring the ads they see. The “About this ad” tab will provide basic information about advertisers as well as any other advertisements they’ve run in the last 30 days. Following complaints about frauds on the platform, the objective is to assist users to accurately determine if a certain ad buyer is trustworthy.

According to the company, it has begun vetting advertisers in 90 countries, but the disclosure option will be available only in the United States in the coming months, with plans to extend to other nations in 2022.

Every day, more than 30 million people engage with Google ads’ transparency and control menus, and the simplified experience of “About this ad” has garnered a good response. The company noted that users interact with their ad transparency and control features on YouTube more than on any other Google property. In the coming months, the company plans to extend the “About this ad” functionality to YouTube and ‘Search’ to help users make educated decisions online, regardless of where they engage.

Mojdeh Tomsich, product manager, Ads Privacy and Safety at Google said in a blog post: “Today, people engage with a wider variety of ad formats on more Google products than ever before — from Video ads on YouTube to Shopping ads across Search, Display and more. And they increasingly want to know more about the ads they see. That’s why we’ve been innovating on features like “About this ad” to help users understand why an ad was shown, and to mute ads or advertisers they aren’t interested in.

Crude oil prices trade at the highest levels since 2018, tending towards $80 a barrel

Oil prices steadied on Friday near a two-month high of $77.50 a barrel and was headed for a third straight week of gains, supported by global output disruptions and inventory draws.

The supply of crude oil in the United States dropped to its lowest level in almost three years last week, as hurricanes Ida and Nicholas caused lower inventories.

Oil prices dipped on Monday, extending upper week’s losses after the U.S. dollar jumped to a three-week high and the U.S. rig count rose, although nearly a quarter of U.S. Gulf of Mexico output stayed offline in the wake of two hurricanes.

With about 16 Percent of Crude Oil Production in the Gulf of Mexico Still Offline, U.S. oil refiners are hunting to replace crude lost to the Hurricanes. U.S. refiners are turning to Iraqi and Canadian oil, while their Asian buyers are pursuing the Middle Eastern and Russian grades.

In addition to declining output due to underinvestment or maintenance delays caused by COVID-19, some members of the Organization of Petroleum Exporting Countries (OPEC) and allies (OPEC+) have also been challenged to raise output.

In the coming week, oil prices are expected to grow steadily supported by global output disruptions and inventory draws.

The NBS release calendar for the coming week indicates the following:

On a week-on-week basis, the Naira depreciated in value, at the I & E FX window, the domestic currency fell by -0.49% to N414.90/US$ at the close of trading on Friday. The naira continues to trend downward despite the +2.02% growth in the foreign reserve.

More of the same is expected in the week ahead as the Naira is anticipated to continue to hover around N406/$1-N412/$1 threshold in the NAFEX window.

Despite the liquidity inflow during the week, money market rates remained elevated supported by the primary market auction by DMO at the middle of the week.

Funding rates are expected to trade in double digits trend in the coming week in the absence of any inflow.

The Nigerian Treasury Bills market was mostly tepid last week as attention was focused on the Eurobond and bond issued during the week.

Activity next week is expected to be dictated by the market liquidity situation.

Sentiment in the bond market was mixed last week, at the close of trading on Friday bulls dominated as we saw buying interest across the board.

The overall average benchmark yields closed at 8.52% at the close of trading at the end of the week, which dipped W-o-W by -0.72%.

With an additional three Eurobonds issued last week, we now have a total of thirteen (13) Eurobonds and one (1) Diaspora Bond in Issue.

The Debt Management Office (DMO) on behalf of the Federal Government of Nigeria successfully accessed the international capital market on Tuesday, issuing $4.0 billion in Eurobonds. The issuance was spread across three tenors, $1.25 billion on the 7-year, $1.5 billion on the 12-year and $1.25 billion on the 30-year instrument, with respective yields at 6.125%, 7.7375% and 8.250%. Total subscription was $12.2 billion, indicating the instrument was oversubscribed by 4.1x.

Activity on the local bourse last week was bearish, however, the benchmark index experienced a reversal on Friday with interests seen in several stocks. The NGXASI closed the week with a growth of +0.05% The Nigerian Stock Exchange gained N9.59bn, year-to-date return moderated to -3.25%, while the market capitalization settled at N20.30trillion.

The volume and value of stocks traded on the exchange last week advanced by +50.71% and +29.48% respectively.

Sectoral performance across sectors tracked was mixed last week as the NGX Insurance was the highest gainer for the week with +1.75%. NGX Oil and Gas, NGX-IND with +1.38%, +0.23% while NGX Consumer Goods and NGX Banking closed negative with -0.04% and -0.43% respectively.