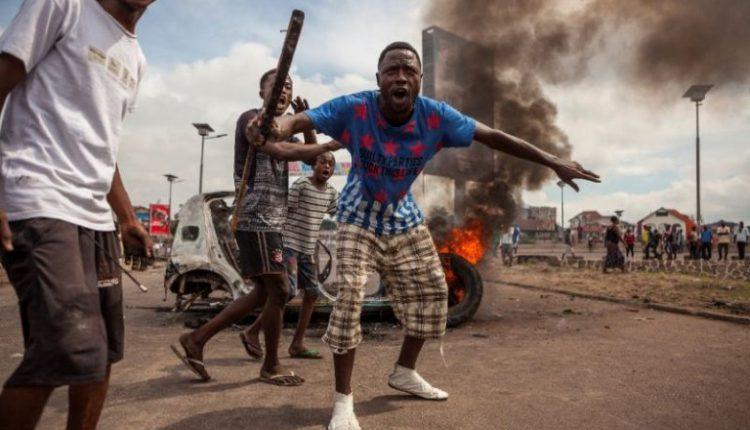 The Ondo State Police Command on Wednesday said it had arrested a group of four suspected cult members who had been terrorizing some communities in Ilaje Local Government Area of the state.

Tee-Leo Ikoro, the Command’s Public Relations Officer (PPRO), who confirmed the arrest of the suspects in a phone call, told BusinessDay that they were apprehended after killing a member of a rival cult group around the Zion area in Igbokoda town of Ilaje.

BusinessDay gathered on Wednesday that the suspects who belonged to the “Aiye Confraternity” cult group had buried the corpse of the rival cult member in a shallow grave in a cover-up.

As at the time of filing this report, the identities of those arrested were yet to be revealed by the police. But, the PPRO said they had been moved to the State Criminal Investigation Department of the Command.

“Yes, it’s true that the members of the cult group were arrested in Igbokoda and the officers brought them into the SCID office here in Akure today for Investigation. I think about four people,” Ikoro said.

However, the activities of these cult groups had become a source of worry to many residents of Ilaje communities since last year.

Also, clashes between the cult groups had also been creating tension mostly for business owners who have been expressing fears following the level of insecurity in the communities.

One of the sources in Igbokoda who preferred anonymity revealed to our Correspondent that police have visited the scene where the boy was buried and exhumed out his corpse for Investigations.

The sources said, “the cult members killed the boy, which we also suspected as a member of another rival cult group last week Monday in Igbokoda and everywhere became tensed.

“I learnt that the boy and his friend were abducted by the cult group around Larada Street in Igbokoda; unfortunately his friend escaped with deep cuts and injuries.

“But the boy was not lucky as they shot and hacked him to death in the bush and we have to quickly call on the police when we learned about it”.