…as Lagos moves to expand capacity of Lilypond truck terminal 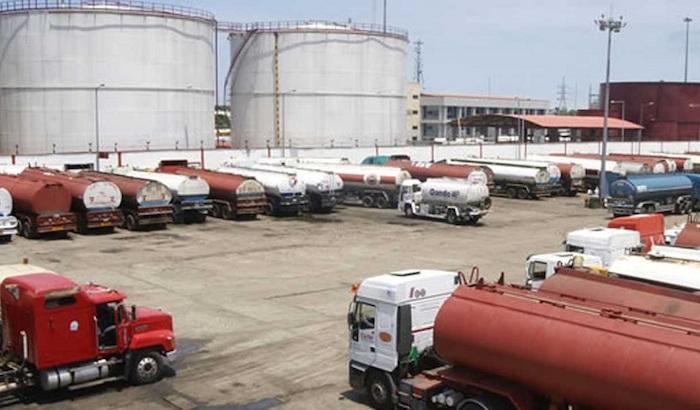 Nigerian Union of Petroleum and Natural Gas Workers (NUPENG) has insisted that the ongoing strike by Petroleum Tanker Drivers (PTD) will not be called off until the Lagos State government fully addresses the demands and concerns of the tanker drivers.

The union, however, welcomed the latest moves by the state government towards the provision of parking lot for trailers and petroleum tankers in the state; saying if taken seriously, it will help to address the perennial traffic congestions in Nigeria’s commercial city.

The tanker drivers commenced the strike on Monday, August 10, to protest what they term harassment, intimidation and unrestrained extortion by security personnel and other groups, in Lagos. They list those involved to include the police, FRSC, LASTMA, street urchins, who stop petroleum tankers at will, to demand for money before allowing passage in different parts of Lagos metropolis.

A meeting convened between officials of Lagos State government and NUPENG to resolve the issue failed to reach an agreement on Sunday, August 9, forcing the tanker drivers to proceed on the action. The development has heightened fear of fuel scarcity in Nigeria’s economic hub, should the strike continues for days.

The general secretary of NUPENG, Olawale Afolabi, who spoke with BusinessDay via a telephone on Monday, said that Sunday’s meeting failed to resolve the issues because key representatives of the groups involved in the harassment and intimidation of the tanker drives were not represented.

According to Afolabi, only the state commissioner for transportation, Frederic Oladeinde and his counterparts from the ministry of energy and natural resources, Olalere Odusote were present at the meeting. He believed that the meeting should have had representatives of security agencies.

Afolabi further told BusinessDay that another meeting was being convened on Monday to resolve the crisis. But he insisted that unless the issues are exhaustively addressed and assurances extracted from the state government that tanker drivers can deliver products in Lagos without being extorted, the strike would continue.

Meanwhile, to address gridlock created along the Apapa corridor by heavy-duty trucks clogging the major highways, Governor Babajide Sanwo-Olu has said the state government would be providing additional 30 hectares of land in Ijora to raise the capacity of the Lilypond Terminal.

Sanwo-Olu, who undertook a tour of some projects in Apapa on Sunday, Sanwo-Olu expressed disapproval of the truck drivers’ action and the failure of the NPA to enforce extant regulations preventing trucks not yet approved for loading to park indiscriminately on the highways.

The governor stressed the need to overhaul the terminal system at the ports, noting that there was no reason for the trucks to park on the highways if their dedicated terminals were operational.

He disclosed that the state government had made a request to the Federal Government to prevail on the concessionaire that will be operating the 700-truck capacity Lilypond Terminal at Apapa to open the facility for use without further delay.

“I have taken time to personally inspect some projects being developed both by the Federal and State governments to improve traffic around Constain, Iganmu, Apapa and Mile areas. The projects are initiated specifically to address the chaos created mainly by indiscriminate parking of trailers along the routes. Already, there is an ongoing rehabilitation work on Marine Bridge, where a stretch has completely been scarified.

“There is also a Lilypond Terminal, a major holding bay for heavy-duty trucks, which has not been operated after it was transferred to a concessionaire. We are aware that the concessionaire is meant to complete an agreement with NPA on the transfer of the facility. But, while this is being done, the Lagos government has donated 30 hectares of land in Ijora to raise the capacity of the Lilypond Terminal.

“These steps will be part of the solution of taking the trucks off the Apapa highways. When the rehabilitation work on Marine Bridge is completed in another four months, there will be improvement in journey time towards Apapa,” said Sanwo-Olu