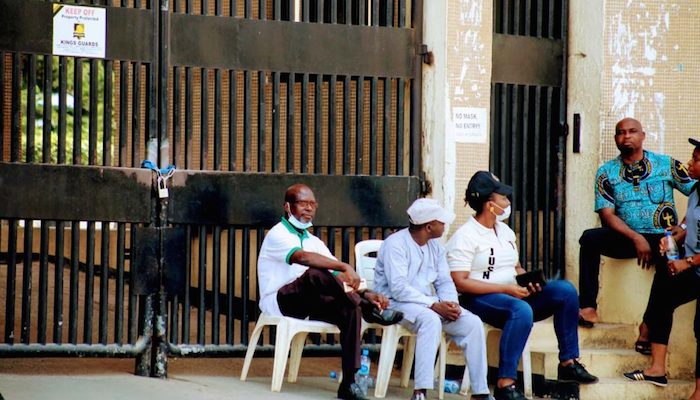 The Judiciary Staff Union of Nigeria (JUSUN) has revealed that it will hold a nationwide peaceful protest on April 19 to further press home its demand for financial autonomy for Nigeria judiciary.

A circular by the News Agency of Nigeria (NAN) in Lagos dated Friday April 16 and signed by the Deputy Secretary of the union, P. Nnamani, noted that the strike would continue following failure by the government to meet its demands.

Recall that the JUSUN nationwide industrial action which commenced early April has paralysed activities in the nation’s Court.

The union had vowed to continue with the strike after representatives of state governors and the federal government abruptly called off a scheduled meeting with them on Thursday.

It also urged its members to hold the planned protests simultaneously across the country on April 19, and asked them to remain resolute in spite of pressures.