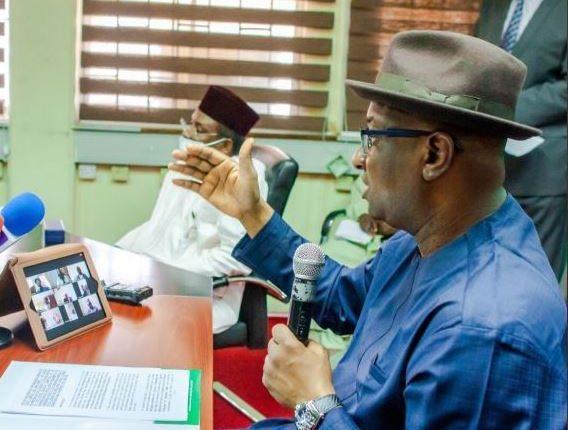 The Federal Government has inaugurated the States’ Selection Committees on Extended Special Public Works for the recruitment of 774,000 Nigerians to be engaged under the programme.

Performing the virtual inauguration of the Committees in Abuja on Tuesday, Minister of State for Labour and Employment, Festus Keyamo, stated that the Committees would be responsible for identifying and recruiting 1,000 from each of the 774, 000 local government areas in the country.

According to a statement issued on Tuesday by Deputy Director and Head of Press and Public Relations of the Ministry, Charles Akpan, the Minister said that the Committees would also identify the public works to be executed in each of the local government areas in all the states, adding that those would be in addition to projects already identified by several Federal Ministries and Agencies across the country.

The Minister noted that the Federal Government would engage the recruited persons for three months, October to December 2020, in road construction, urban and rural sanitation, health extension and other services, and would pay them a total of N60,000 each (N20, 000 per month).

Keyamo charged the Committees to reach out to various sectors of their different states to recruit eligible persons, and disclosed that the names and phone numbers of members of the Committees would immediately be made public for easy access by Nigerians.

The Minister further stated that instructions, in the form of Guidelines for the Operation of the States’ Selection Committees, would be ready in a few days to guide members of the Committee in their task.

He therefore charged the Committees to adhere strictly to the Guidelines in order to complete their assignment successfully and achieve the target set by Mr President of reaching out to 774,000 Nigerians who are largely indigent and itinerant workers.

The Minister gave the Committees three weeks to complete the selection process and return the names of the selected persons for further processing, the statement said.

The inauguration was attended by Director General, National Directorate of Employment (NDE), Dr. Nasiru Ladan Argungu, and virtually by the Chairmen and Secretaries of the State Selection Committees.