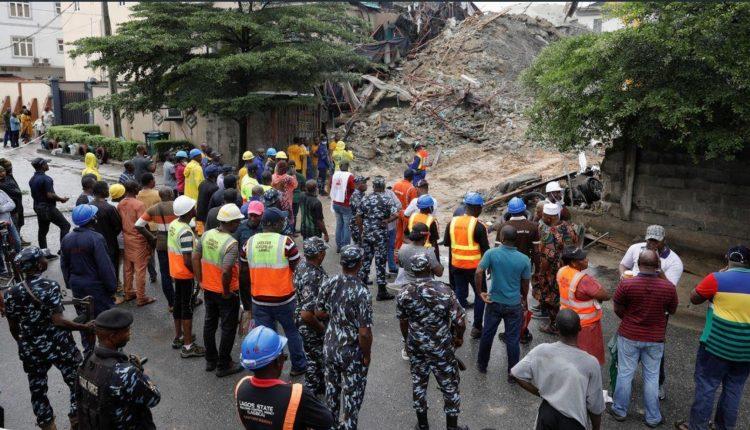 Tragedy struck on Sunday morning when a building collapsed in Lagos and trapped about eight people in the building.

Two people have been confirmed dead why the condition of the remaining six people trapped under the rubbles is yet to be known, the Lagos Emergency Management Agency said.

The collapsed structure was a seven storey building located around Oba Idowu Oniru Street by Ave Maria Hospital, near Sandfield Bus Stop, Lekki. The building was still under construction.

Excavations are still ongoing according to Olufemi Oke-Osanyintolu who is the chief executive of Lagos State Emergency Management Agency.