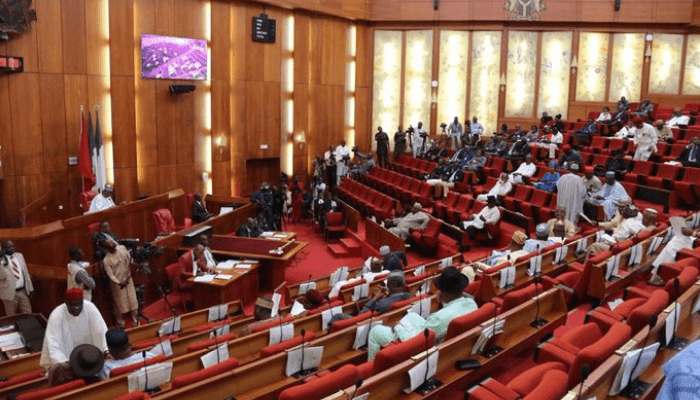 The Nigerian Senate says it has uncovered N34 billion allegedly placed in fixed deposit accounts by the management of Petroleum Equalization Fund (PEF) with unremitted interest of N182 million.

Investigation by the Senate Public Accounts Committee (SPAC) revealed that the agency only remitted N82 million while sitting on N100 million of the interest earned from the N34 billion lodged in various banks.

The committee chaired by Matthew Urhoghide linked its finding to the 2016 auditor-general’s report which is being currently considered by the committee.

The management of PEF was scheduled to appear before the committee last week Wednesday, but failed to show up.

The new management of the Nigerian Upstream Regulatory Commission is expected to respond to the allegation since the Federal Government has scrapped the Petroleum Equalisation Fund following the signing of the Petroleum Industrial Act into law.

“This act is a contravention of the provision of Financial Regulation 222 which stipulates that “interest earned on bank accounts must be properly classified to the appropriate revenue head of accounts and paid to the Consolidated Revenue Fund”.

“The executive secretary should remit the outstanding interest yield of N100,136,986.43 immediately to the Consolidated Revenue Fund and furnish evidence of remittance for my verification.

“Failure to comply should attract appropriate sanctions in line with Financial Regulation 3112 which stipulates that “where an officer fails to give satisfactory reply to an audit query within 7 days for his failure to account for government revenue, such officer shall be surcharged for the full amount involved and such officer handed over to either the Economic and Financial Crimes Commission (EFCC) or Independent Corrupt Practices and Other Related Offences Commission (ICPC).”