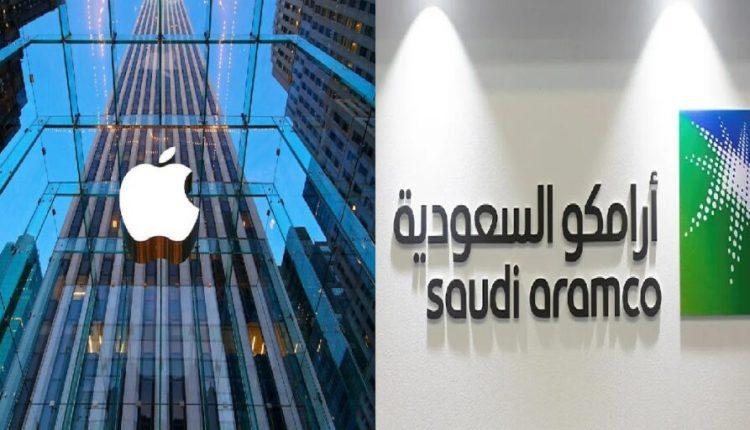 The Kingdom of Saudi Arabia’s oil giant, Aramco, has overtaken Apple Inc., as the most valuable company in the world. According to siasat.com. The company’s market share reached 46.20 riyals ($12.33) per share, owing to rising oil prices and the ongoing conflict in Ukraine.

Aramco’s market capitalisation was, at the time of writing, 9.24 trillion riyals ($2.464 trillion), which is $3 billion more than the technology giant, Apple Inc., valued at $2.461 trillion.

As of January 4, it was reported that Apple’s market value, buoyed by rising demand and speculation of introducing new products, peaked at $2.960 trillion but has since followed a falling trend, losing nearly $484 billion, a loss that may be associated with rising inflation and a Fed rate hike.

Saudi Aramco, which began commercial drilling for oil in 1938 in Well No.7, had given strong indications that it will announce a higher-than-expected profit margin, driven primarily by rising oil prices, when its planned Q1 financial result presentation takes place in Riyadh, Saudi Arabia on Sunday, May 15, 2022.

Before now, many investors had been taking deeper looks at the company’s shares following the impact of rising oil prices on the entire oil and gas industry. With London Brent and West Texas Intermediate peaking at $120/barrel and $112/barrel, the company’s shares moved in the same direction.

Aramco’s profit rose to its highest level since it was included in the Saudi financial market due to the rise in oil prices.

Many investors believe that profit will continue to grow for the company and that anticipated returns to shareholders will drive the market value much higher. This follows the company’s cash dividend distribution to shareholders of 70.33 billion riyals ($18.75 billion) for the fourth quarter of 2021.