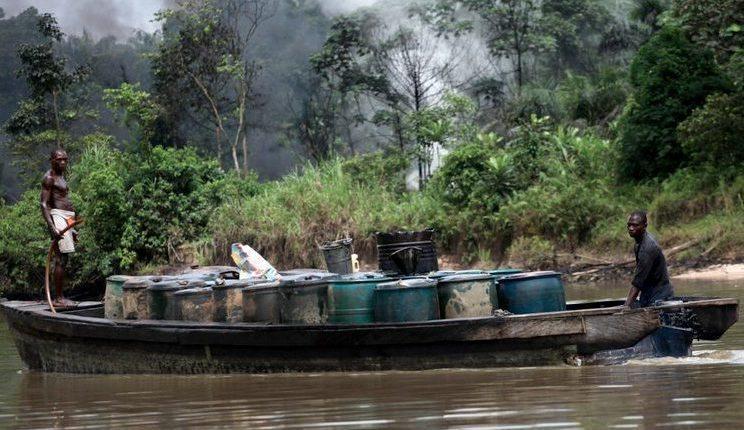 The House of Representatives Ad hoc Committee on Oil Spill Clean-Ups in the oil producing states of Nigeria has charged the Department of Petroleum Resources (DPR) to enforce the penalties for oil companies causing oil spills in the country.

The Committee headed by Aminu Tukur, said DPR is not applying the global best practices when it comes to penalising errant oil companies who have polluted the environment with spills.

Chairman of the Committee, in his opening speech said 50 years of oil spills and subsequent pollution in the Niger Delta is a source of concern for the House of Representatives.

“It has polluted freshwater systems, degraded water quality and lowered food web productivity, affected the social welfare of the people, aggravate poverty and brought about population displacement and social conflict,” he said.

Tukur said the House is concerned about the Annual Report of the Department of Petroleum Resources (DPR) which indicated that 5,669 incidents of oil spills were recorded with 9,718.22 barrels spilled, and only 800.55 barrels were recovered, which means that thousands of barrels of oil were lost to the environment”.

Some members of the Committee, Mark Gbillah and Henry Nwawuba expressed dissatisfaction on the role of DPR, stressing that the agency is encouraging oil companies to misbehave by not properly executing it’s mandate.

Gbillah said: “The concern is you as DPR seem to have assumed, and this is a point I want to emphasise, so that the president and the National Assembly can act because you have already told us you do not recognise the NOSDRA Act…you don’t implement the NOSDRA Act.

“My concern is DPR seem not to be carrying out international best practice with regards to cleanup. Because your gas spills should have been updated to capture certain things that are not in the document.”

He demanded that DPR should resubmit the document with the dates nof spills included to allow for penalties which “sometime exceeds N20 million”.

Ejiro Ufondu who represented the DPR presented the lists of spills in the country from 2008 to 2019 even though the panel is to investigate a five year period.

Ufondu said the majority of the spills in the country is caused by AGIP and SPDC, adding that the instrument DPR uses is the Environmental Guidelines and Standards for the Petroleum Industry in Nigeria (EGASPIN).

Earlier in his opening remarks, Speaker of the House, Femi Gbajabiamila said the Niger Delta region has long fed the nation’s coffers and paid the price in environmental devastation at a scale rarely seen anywhere in the world.

“Years of fossil fuel exploration coupled with acts of organised sabotage against oil and gas installations, have left large swathes of the delta unsuitable to most economic pursuits. The farming and fishing activities that have long provided sustenance to the communities in the region have disappeared for the most part. In addition, there is evidence that environmental degradation has had and continues to have a devastating effect on the health of our fellow citizens in the Niger Delta.

“No plan to fix the problems of the Niger Delta can succeed until we have first addressed the damage done by years of oil spills in the region. The Federal Government of Nigeria has committed to solving this problem. However, we have not begun to see action equal to the resources allocated or the high expectations we rightly hold. This is not acceptable as long as millions of our people continue to live in an environment that threatens their wellbeing, that takes away their ability to live full lives and deprives them of their God-given right to reap of the land and the waters”, the Speaker added.