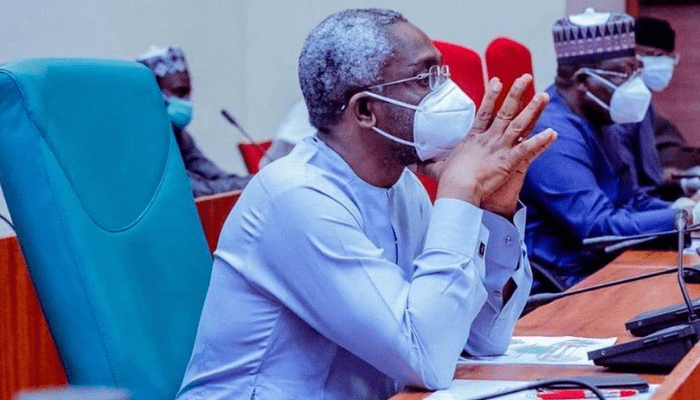 The House of Representatives Thursday resolved to investigate the alleged sleaze and misappropriation of N100 billion at the North East Development Commission ( NEDC).

READ ALSO: The politics of zonal Development Commissions and concerns over non-performance

The Lower Chamber mandated the Committees on Finance, Procurement, and NEDC to exhaustively investigate these allegations and report back in eight weeks.

These decisions were sequel to the unanimous adoption of a motion of urgent public importance sponsored by the Minority Leader, Ndudi Elumelu at plenary.

Moving the motion, Elumelu noted that the North East Development Commission Bill was signed into law in October 2017 by President Muhammadu Buhari to replace other initiatives such as the Presidential Initiative on Northeast (PINE) and Victims Support Fund (VSF) and the board of management inaugurated in May 2019.

He further noted that the Commission was established with a mission of coordinating funds accruing from the federation account and donor agencies for the purposes of rehabilitating and resettling of victims of insurgency, reconstruction of homes, infrastructural development and tackling of illiteracy in the Northeastern part of the country.

The Minority Leader said he was: “Aware that there has been massive displacement of Nigerian citizens in the Northeast as a result of the activities of Boko Haram insurgents, where houses, schools, mosques, churches, farmlands and businesses were destroyed thereby rendering people homeless and jobless.

“Further aware the NEDC which was set up to ameliorate the sufferings of the people is alleged to be enmeshed in serious corrupt practices by the management.

“Concerned that the corrupt practices include high handedness by the managing director Mohammed goni alkali, over inflation of contracts, awards of non existent contracts, massive contract splitting and flagrant disregard for the procurement laws in the award of contracts.

“Further concerned that the N100 billion so far disbursed to the commission by the federal government is said to have vanished under a year without any visible impact on the refugees nor any infrastructural development credited to the name of the commission in the whole of the Northeast”.

The Delta lawmaker expressed worry that there are allegations of how the Managing Director and his close associates diverted funds meant for the commission to purchasing of choice properties in highbrow neighborhoods of Abuja, Kaduna, and Maiduguri to the detriment of the suffering refugees and infrastructural development.

He was also “worried that there are allegations of how the minister of humanitarian affairs and disaster management, Sadiya Umar Farouk was said to have entered into an unholy deal with the managing director of the commission to illegally withdraw the sum of N5 billion from the account of the commission to purchase military vehicles without any recourse to the board, an act which completely disregards the country’s procurement laws and must be seriously frowned at.

“Disturbed that though the Managing Director single-handedly procured all Coronavirus materials and supplies to the tune of N5 billion without approval from the board, there is said to be another massive corruption scheme on the verge of being implemented in the name of housing scheme in Maiduguri without the board’s knowledge.

“Further disturbed that this consistent abuse of procurement laws, if not put to check, may defeat the purpose for the establishment of the commission, hence the need for an urgent investigation”.