…as RoRo system soon to start in PH 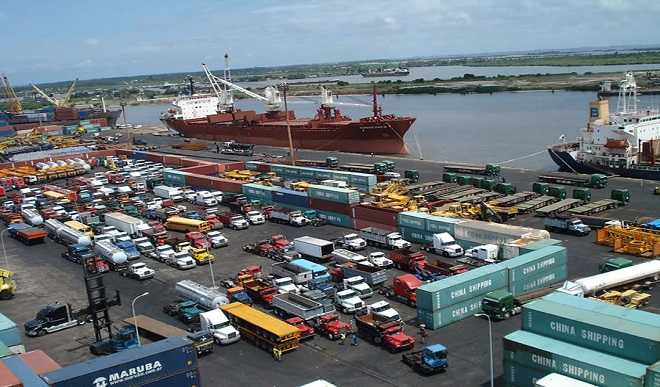 The chaos at ports in Lagos may reduce drastically as over 5000 vehicles in varies vessels would come over to Port Harcourt Port as soon as full operations resume in no distant time.

The indication was given Monday, June 15, 2020, when the newly posted Commissioner of Police Eastern Port Command, Tami Evelyn Peterside, paid a familiarization visit to the Comptroller of Area One Port, Awwal Baba Mohammed.

The command seems to be in high spirits to begin clearing vehicles from eastern ports, something that has not been done since the end of the civil war, and the comptroller said his men were ready to ensure efficient and quick clearing operations.

Mohammed further assured that by September 2020 when the ports would be in full operation again, the vehicles would start to arrive from Lagos to Port Harcourt in Rivers State. This move is expected to reduce traffic jam and chaos on Apapa Port.

According to Mohammed, the plan to divert vehicles to Port Harcourt came as the latest measure to decongest Lagos ports. He said the Command is ready to carry out quick clearing.

He mentioned some of the measures being used to reduce tension in eastern ports and tune the Customs personnel to be of sound mind and in professional mood at all times. On staff welfare, he promised to reactivate the social activities in the officers mess where personnel of all security agencies can come and unwind and recreate so as to build greater bond and create rapport as well as ease tension after hectic hours.

He commended the new CP Eastern Port Command for the visit and said this would boost the synergy existing between both commands in eastern ports administration.

Earlier, the new CP assured the Customs boss of cooperation so as to carry out effective service for the overall interest of the nation.

She assured the Customs boss whom she described as a fellow alumnus of the Ahmadu Bello University (ABU) in Zaria of readiness to do everything within her powers to carry out her assignments when necessary.

The CP also paid a visit to BUA to see things for herself.