Recovering our country from many unnamed gods 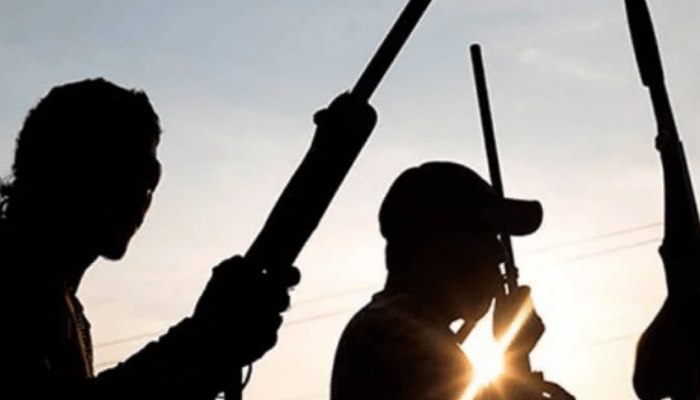 THE major god in Nigeria is politics. The rites for worshipping its numerous altars are unstated. The ruination from permitting politics to rule us is all over the place.

Among the sons and daughters of politics – listed in no particular order – are succession, money, delegates, religion, touts, thugs, ethnicity, unrest, kidnapping, social media. They have attained the status of minor gods readily deployed in due seasons for reasons that are alien to the improvement of the Nigerian society.

Like most sons and daughters of society’s prominent members, the off-springs of politics have grown and the dynamics of their dominance has stripped our country of the barest alignment with logic. Their sustenance is often noted ahead of the survival of Nigeria.

We worship other unnamed gods. They coalesce around age, blackmail, cabals, experience (whatever it means), hunger, obfuscation, sophistry, and vacuous slogans like “tested and trusted”, “the one we know”, “our leader forever”, “the one we will follow whether he lives or he is dead”.

A little analysis of these slogans suggest they are covers to resurrect the dead, give them lives they never had, package them as solutions to problems they created. Confusions over Nigeria’s challenges are confounded by tricksters who exploit these gods to aspire to leadership.

You question them at the risk of expulsion from the group. The tricksters wearing the toga of leaders generously sell the lie that “you can only make change from inside”. Their acolytes parrot the lie to sustain a culture of worshipping at the altars of these gods.

Nigerians have fallen in line with worshipping them for survival.

We seem not to realise what is before us. We are worse today in every index than we were in 2015. Chances of recovery are low with the chicanery that passes for political sagacity. Deftness in thievery of our political fortune is accorded applauses everywhere it occurs. The accentuated backwardness is handily recommended as the future of Nigeria.

Nothing is new about gods, known and unnamed.

‘The unknown gods’ concept is recorded in the bible though it is not in the cosmology of many Nigerian communities to worship unknown gods.

22 Paul then stood up in the meeting of the Areopagus and said: “People of Athens! I see that in every way you are very religious. 23 For as I walked around and looked carefully at your objects of worship, I even found an altar with this inscription: to an unknown god. So you are ignorant of the very thing you worship.”

Eduard Norden in a 1913 publication proposed, “The Unknown God was not so much a specific deity, but a placeholder, for whatever god or gods actually existed but whose name and nature were not revealed to the Athenians or the Hellenised world at large”.

What we have done with our politics is to invite unknown gods as the standards for determining the suitability of candidates for office. Since these gods are unknown, how do we determine how to service them or they serve us? Our politics is filled with place-holders.

Clothed in surreptitious, convulsing grandiosity, we impose sophistry as the premise of discourses about our future. The origins of participants in politics become more important than their programmes for Nigeria. Debates are wasted on the religious views of candidates while nothing is heard about the hunger and anger in the land which corruption and insecurity fuel.

We condemn corruption yet pooh-pooh any attempts to curb it. Those who lose to dollarisation of the political process are dimmed dim-wits. Apostles of corruption are pointed to them as masters of the game – to be imitated.

We cannot recover our country from unnamed gods without immediate decisions on these gods. They inhibit discussions on fixing Nigeria and are key weapons in the hands of those feigning to care about Nigeria.

CONGRATULATIONS to Ejiro Otarigho, who drove a burning fuel tanker for more than 25 minutes to the Agbarho River to avert the danger of the tanker exploding in the populated parts of Agharho. The Delta State Government has rewarded him with N2m. The Senate has recommended him for a national honour for his bravery.

REV Father Camillius Ejike Mbaka is on the loose again. He has been at it for years. If the Roman Catholic Church cannot halt this embarrassment, it will suffer its consequences beyond Mbaka.

QUIETNESS of the neighbourhood lasts a few minutes then the generators roar in full throttle. Someone said the national grid collapsed again. Another neighbour echoed, “again?”. We are still expecting a lot from President Muhammadu Buhari.

THE phased release of victims of the Abuja-Kaduna train kidnap leaves room to hope that the remaining ones would also return. When these kidnaps stop?

PETER Obi is the issue. His visit to Egypt has been debated more than the elections. Those who visit all places with public resources do not tell us where and when they go. Of course, they are not Peter Obi.

OUR universities are still on strike over funding of universities. But there is always money for elections where lecturers are used as returning officers. What happens to the students?

HAPPY 80th birthday Tam Fiofori. Writer of all things, athlete, photographer, humourist, chronicler of history, among other things, may the Almighty keep blessing you with good health.

.Isiguzo is a major commentator on minor issues