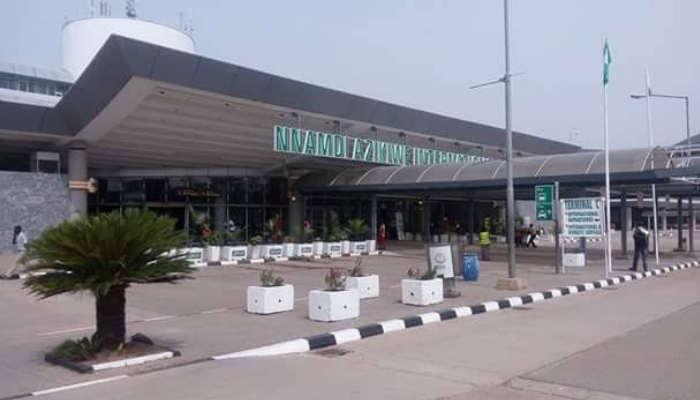 A female passenger, waiting to board a Lagos bound flight from the domestic terminal of the Nnamdi Azikiwe International Airport, Abuja on Wednesday has been reported dead.

According to Faithful Hope-Ivbaze, acting general manager, Corporate Affairs, the Federal Airports Authority of Nigeria (FAAN) in a statement said the female passenger, waiting to board a Lagos bound flight from the domestic terminal of the Nnamdi Azikiwe International Airport, Abuja was observed having difficulty in breathing at the boarding hall, but later passed on after frantic efforts made at resuscitating her, including the administration of CPR (Cardiopulmonary resuscitation) and AED (Automated External Defibrillator) proved abortive in the circumstances.

Hope-Ivbaze said although the authority has processed millions of passengers through the airport without any such incident over the years, it deeply regret that despite spirited efforts by its medical officials to resuscitate her, she was confirmed dead at about 0906hours, and her remains was subsequently taken to the NAF Medical Centre.

“The Authority uses this opportunity to express our profound condolences to her family and friends on this unfortunate loss and pray that her soul finds rest with the Lord,” she added.